What to do with Seized Evidence 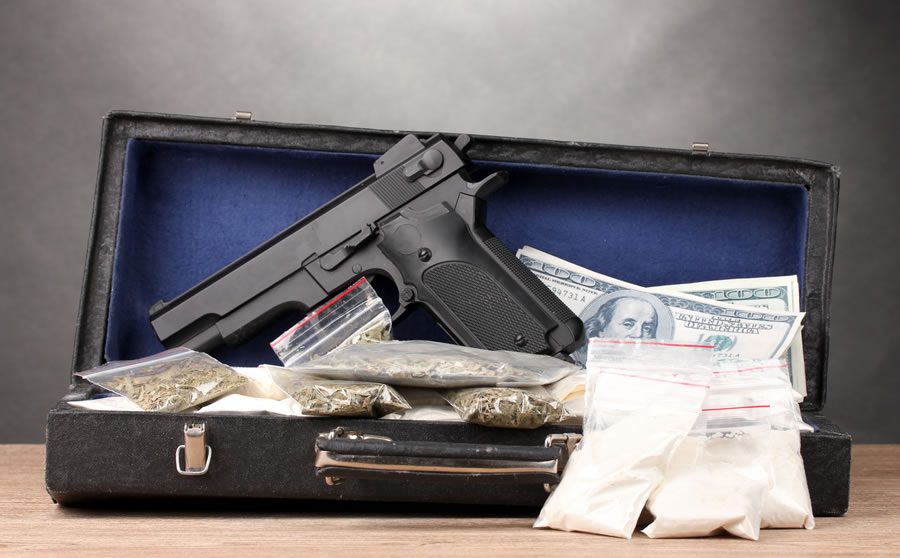 The case is finished. The suspect has been tried, convicted, and sentenced, and there is no longer a need to waste precious office space on holding seized evidence. What is a law enforcement department or agency supposed to do with seized evidence? Must seized evidence always be destroyed? If the evidence is narcotics, counterfeit merchandise, or any other item that may pose a risk to public safety, the answer to this question is undoubtedly yes. But what if the evidence seized can be sold for a profit and used to benefit the department or agency that seized it? Is it ethical and/or responsible for law enforcement departments and agencies to try and profit from the sale of evidence seized pursuant to a crime? Here we take a look at some of the issues that may arise when the decision to sell seized evidence is made, explore a few real life examples of these issues, and examine best practices for complete avoidance of these issues altogether.

We have all heard stories about the person who gets a great deal on a vehicle purchase by buying a car at a police auction only to discover later that there were guns or drugs hidden somewhere in the vehicle where they could not be seen in plain sight. Situations like this are obvious failures on the part of not only the seizing agency, but also on the part of the company organizing the auction. Could these situations arise with other types of evidence such as seized electronic evidence items? Imagine if you will a law enforcement department or agency seizing a high-end computer pursuant to a search warrant for internet crimes against children. The suspect is arrested, convicted, and as part of his plea agreement, agrees to forfeit his computer to the investigating department or agency. The investigating department or agency subsequently deletes any digital evidence files that contain child exploitation material, but fails to properly wipe the hard drive of the computer. Those files containing child exploitation material would potentially be recoverable and could potentially lead to legal troubles for both the person who purchased the computer at auction and the law enforcement department or agency that initially seized it. Law enforcement departments and agencies who attempt to profit from seized evidence must take every conceivable step to ensure that the items they sell are not tainted in any way.

The Flint Police Department and the Sale of Seized Firearms

The town of Flint, Michigan has seen hard times for the past few decades. As a result of the closing of multiple automotive plants and the subsequent damage done to the local economy, the city has struggled to provide basic services such as clean drinking water, electricity, and police and fire services to its residents. In 2017 Flint Police Chief Tim Johnson developed a controversial plan to partner with an online auction house to sell the estimated $500,000 worth of firearms in the department’s possession that had been seized by officers over the past few decades. Using the Flint Police Department’s evidence tracking system, Chief Johnson and his officers were able to catalog the tens of thousands of firearms located in the evidence vault and transfer them to the auction house for resale. Whether Chief Johnson’s plan will result in success remains to be determined. If all firearms were properly cataloged and processed with the appropriate evidence control systems it is likely that, all ethical considerations regarding firearms aside, his plan will be successful.

In addition to shielding themselves from any potential litigation that may occur as a result of contraband being found on or in a previously seized item sold at auction, law enforcement departments and agencies have a moral obligation to ensure that they are not placing innocent people in potential legal jeopardy. Departments and agencies must consider these contingencies and honestly assess their capabilities to avoid them at all costs. Does the seizing department or agency have access to a dog trained to locate narcotics and/or the capability to obtain an x-ray of a vehicle? Does the department or agency have someone trained in the examination of digital evidence and in digital evidence management? If the answer to any of these questions is no, it is highly recommended that any seized evidence be destroyed instead of being put up for auction. No amount of potential revenue can be worth ruining the reputation of, and the trust that the public has for your institution.

Best practices for dealing with seized evidence to be re-purposed tells us that having systems in place that can guide you to potential issues is a must. In the case of firearms, we know that the cataloging of them in your physical evidence management system is the best way to know those firearms, and their lifecycle. In the case of electronic evidence, like tablets, cellular devices, and personal computers, a digital evidence management system that can point you back to the device where digital evidence was discovered does a lot to inform you what electronic evidence will need an extra step of handling by someone qualified to remove unwanted content that could potentially harm an innocent bystander, or a protected victim.

If your digital evidence management system doesn’t provide this type of data, nor the ability to link records between the electronic evidence that the digital evidence derives from, you need to re-evaluate your system.