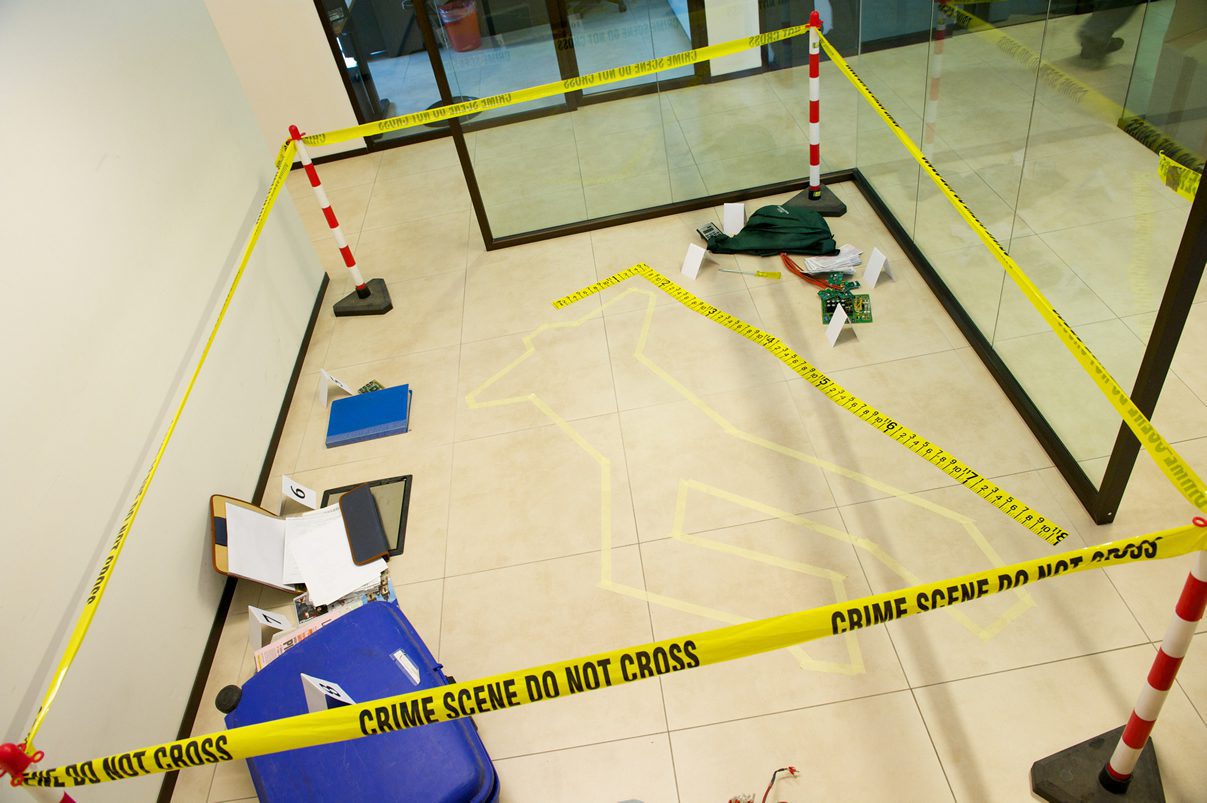 Managing evidence at a crime scene begins when the first responding officers arrive on the scene. We can define a “crime scene” as any location where evidence relating to a specific incident, would reasonably be expected to be found whether before, during, or after the crime. As radio dispatchers broadcast information about a reported incident, officers begin communicating and formulating an action plan. They are listening for information about suspects and vehicle descriptions, in addition to the last known direction of travel. They are on the lookout for discarded evidence such as a firearm or narcotics. From the outset, responding officers make mental notes of potential evidence that needs to be physically secured and memorialized in evidence management software.

Without a doubt, responding to a scene requires good communication and teamwork. Once the crime scene is established and cordoned off, a crime scene log is started to document any persons entering or leaving. When the scene is rendered safe, assignments are delegated to interview witnesses, canvass the neighborhood, and when applicable, petition a search warrant in furtherance of the investigation. Many law enforcement agencies issue digital cameras to patrol officers. Any photographs depicting the scene or subsequent chain of events can be not only helpful but crucial, to the investigation. Therefore, they must be entered into the agency’s evidence management software. It’s a sound practice to diagram the crime scene to supplement photographs taken at the scene, and the report should indicate whether or not the diagram is to scale. Victims of violent crimes are attended to by EMS personnel and often transported for emergency care. Photographs of EMS vehicles in the vicinity of the crime scene will enable detectives and crime scene technicians to “fit the pieces to the puzzle” when they locate tire marks, shoe impressions, or other potential evidence during scene processing.

Officers/Detectives conducting interviews relay any pertinent information to the Lead Detective and personnel processing the crime scene. Approaching the crime scene with a basic understanding of the chain-of-events (as described by the parties involved and independent witnesses), coupled with physical evidence is a luxury we don’t always have. So, it makes sense to approach every scene methodically and with an open mind. It’s imperative to document observations we may not think are important initially, because they may become very significant as the investigation continues. Some of these observations may include the following:

Crime scenes vary in scope and nature, but consistent application of the fundamentals will protect the integrity of any investigation. Of course, we never move evidence unless absolutely necessary and only when it’s logical to do so. All evidence, including digital photographs, must be preserved and entered into the agency’s evidence management software, wherein strict chain-of-custody protocols are maintained with transparency and oversight.