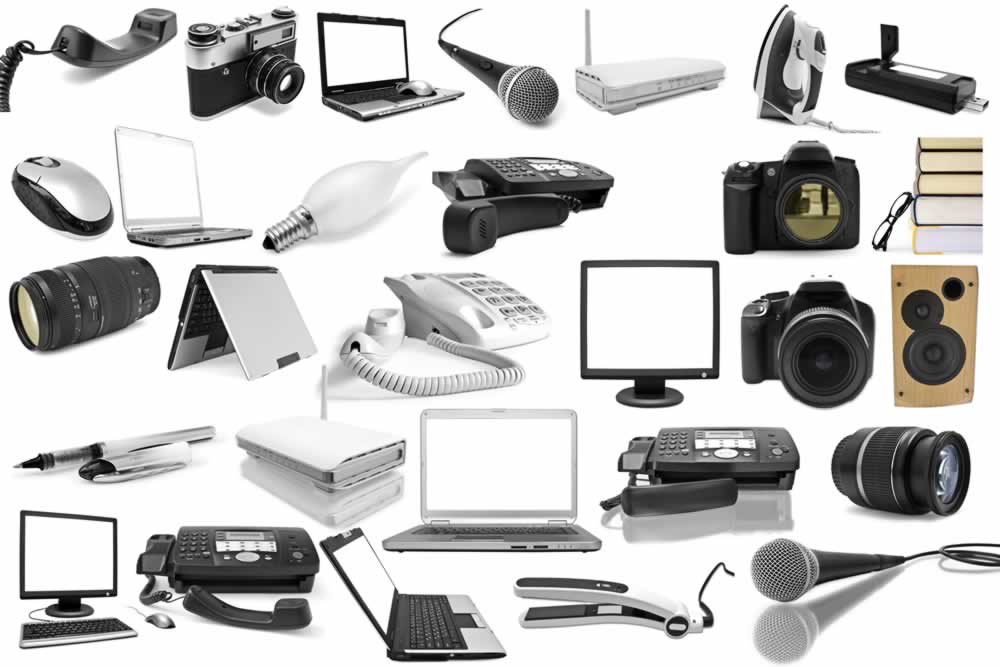 In this edition, we’ll be discussing proper handling and packaging of electronics and jewelry, how this type of evidence presents multiple activities that need to be trained thoroughly, and why evidence personnel should be the subject matter experts on the topic, and what additional devices and protocols are needed to store and manage electronics and jewelry evidence exceptionally.

Electronics and Jewelry are items of concern, simply because of the high dollar value that both hold. Both items tend to be the type of items that can be sold person to person with relative ease, and that means they are harder to track down once they’ve transferred to another party. Also, in lieu of the sensitive nature of both items, special storage considerations enter the conversation. Specifically, with electronics, we need to consider manipulation after taking possession of a device. We may have physical possession of the electronic device, but we don’t have “intellectual” possession, unless we take certain precautions. Additional considerations are extreme temperatures, humidity, static electricity, and magnetic fields. With jewelry, packaging matters, because the materials that make up the packaging could be damaging to the jewelry, leading to tort claims and agency reputation being diminished.

When at the scene, we’ve established that a device will need to be collected for further examination as possible evidence of a crime. Let’s say it’s a tablet computer, with nothing else attached. As we’ve done with al evidence, photographing the location where this device was discovered, and then handling with gloves and packaging is in order. However, we need to use specialized bags to protect these devices. It used to be that electronic devices were placed into those same plastic bags we were placing all evidence in. But times have changed. First it began when electronic devices were wiped clean from static electricity occurring within evidence rooms. So anti-static bags came to be the standard. But as the tech world has moved forward, drug dealers and pimps started getting savvy about their phones. Taking a note from hackers, there are cases where their phones have stashed away in them a remote application that allows them to control the data on their phone. After they post bail, they get ahold of their computer, or even another phone, activate that remote, and delete all the data stored on the phone, without setting foot in your evidence room. Meanwhile, when investigators go to review the phone, everything that made the case is now gone. In comes the faraday bag. The idea of this bag comes from the faraday cage, which is a large box that prevents outside signals from reaching inside the box, leaving the devices and examination equipment inside safe from digital manipulation. However, there have been over a dozen manufacturers of these bags, and several have been discovered for not providing what they claim, and that can cause a problem for evidence personnel. There are reliable suppliers out there, and we suggest you do some digging on the topic, and talk with other evidence professionals to find a supplier that fits the bill.

Once we store the device in this bag, we need to finish our documentation of the item, and get it to the temporary storage location.

Another consideration, what if there are several devices involved that are connected, and that’s what makes the system involved in the crime? In this situation, your field personnel need to document the entire system using video, carefully showing all the connections between devices. After doing so, they need to take apart the devices and store each one in its own bag. When doing so, they need to label connections that are taken apart, in a way that would allow people who weren’t on scene (evidence room personnel) to be able to assemble the devices together to their original configuration.

During transport, personnel needs to be cognizant of heat sources in the vehicle, magnetic portions within the vehicle (think radio mount and emergency lights). The more distance you can provide between these things, the less chance of any accidental damage to digital properties.

Jewelry that is considered evidence is a simple enough task, considering everything else we’ve discussed. Most agencies package jewelry in separate plastic bags, except in cases where jewelry is part of a well-established set (earrings most commonly, but sometimes rings, bracelets, and necklaces might fall into this consideration as well). However, as most agencies handle jewelry in this manner, they do create a situation where that jewelry can be potentially harmed. The heavy-gauge plastic bags typical of general purpose use do not necessarily conform to the needs of items sensitive to scratching. And while most plastic bags do not present this type of risk, it may be that in indexing multiple plastic bags in a locking drawer within the evidence room, that friction can cause inadvertent damage to that jewelry. And this will present a problem upon returning that jewelry to rightful owner. The damage occurs when no one is directly monitoring the items, and it may be that the jewelry makes it through an entire lifecycle without the damage being noticed, because it’s too slight to tell. But back into the hands of a person most familiar with the item, and they will notice every scratch, dent, or scrape of the jewelry. Using plastic bags that allow for the jewelry to be physically seen, in the case of an audit for example, are necessary. But it may be that your agency needs to find plastic bags that have a soft internal area, such as felt, that the jewelry will stay within, and while it can still be seen within the bag, will be protected from accidental damage.

Once you get the electronic evidence to your temporary storage location, placing them in the locked compartments is simple enough. The next day, your evidence room personnel can come in, collect the evidence, and then get them stored in the appropriate location within your evidence room.

However, what’s deemed appropriate and what’s not deemed appropriate is up to agency debate. We suggest having a safe to store electronics in, that has material in it that reduces the possibility of static electricity. It may require a special type of lining. At the same time, agencies may decide that either finances, space, or both don’t allow for additional safes. In those cases, the use of locking tubs can work. But you will need an additional barrier for your electronics, no matter what you decide. And that barrier needs to be locked. Electronics are high dollar items and can cost a lot of money to replace. You need to maintain a system of accountability, and our next consideration will explain why.

Jewelry needs to be placed in a safe. However, there are exceptions, and this needs to be a threshold decision in policy. Costume jewelry, and items that are under $100.00, might be best held in general evidence storage. Items over that amount need to be held in a safe, to ensure they are not lost, accidentally disposed of, or stolen. Most agencies won’t have to put a lot of thought into this policy, but keep in mind that you may one day be responding to a jewelry store burglary, and at that time, may be overrun with jewelry entries. Try to build your policy in a way that considers the extremes as much as it does the day to day operations.

Inevitably, electronic evidence is going to be logged out of the evidence room by investigators, who will have to spend time examining the devices. Many agencies have detectives who are highly trained in examining cell phones, laptops, and other electronic devices. Consequently, they are going to be stopping by often to retrieve these items, and collect evidence from them. Your evidence management system should allow for real time changes, and multiple transfers even within one day. As investigators collect evidence, the importance of one electronic device may rise, and therefore, the movement of that item may go from zero to sixty, between investigators, prosecutors, and court.

When it comes to electronic evidence, a system that monitors and reports all transfers of evidence is important, and a necessary function. And in fact, this one type of evidence may be the reasons that you provide the ability for investigators to have the ability to transfer items under their control to court personnel, as they may be working on a device up to the minute it needs to be held at court as an exhibit for a future hearing.

High dollar jewelry is always going to go back to the owner, no matter who they are. In the extremely unlikely event that the person never claims the item, you’ll be taking it to auction.

With electronics, this can get tricky. Judges tend to order these devices be destroyed if they’ve been directly involved in crimes. However, there are some instances where agencies are given orders that say they can dispose of the property in the manner seen fit. What this means is that the electronic items can’t be returned to the owner, who in this case is likely the criminal, and if there is any value still held in the electronic devices, they can be auctioned, destroyed, or potentially brought into the agency to fulfill supply needs. The reason this is tricky, is that no matter what way you go, you’ll have to produce documentation, much like the firearms disposition example, showing which method, you decided and why. Most agencies don’t have a computer tester, or computer repair specialist in their department, or anywhere in the municipal infrastructure, so you’ll have to hire a private company to evaluate whether the device can be used or not. They must provide you documentation of the tests they ran, the results, and their final analysis of the device. From there, you must document the agency need, and have supervision sign off on whether this would be a good device to use. And that can be a headache, because if the device was used in a crime, it may be considered tainted goods. If you decide to auction it off, you must supply documentation of the device’s health, that it’s clean of bugs, viruses, malware, and the like.

Or you can destroy it, and save a lot of hassle. There are times the hassle is worth it. Deciding which method is the hard part.

Electronics and jewelry create specialized packaging needs, and different type of handling. In the end, we’re not too far off from much of what we’ve already discussed, but because we have some minor differences, we need to plan ahead, and get familiar with what we’re dealing with.