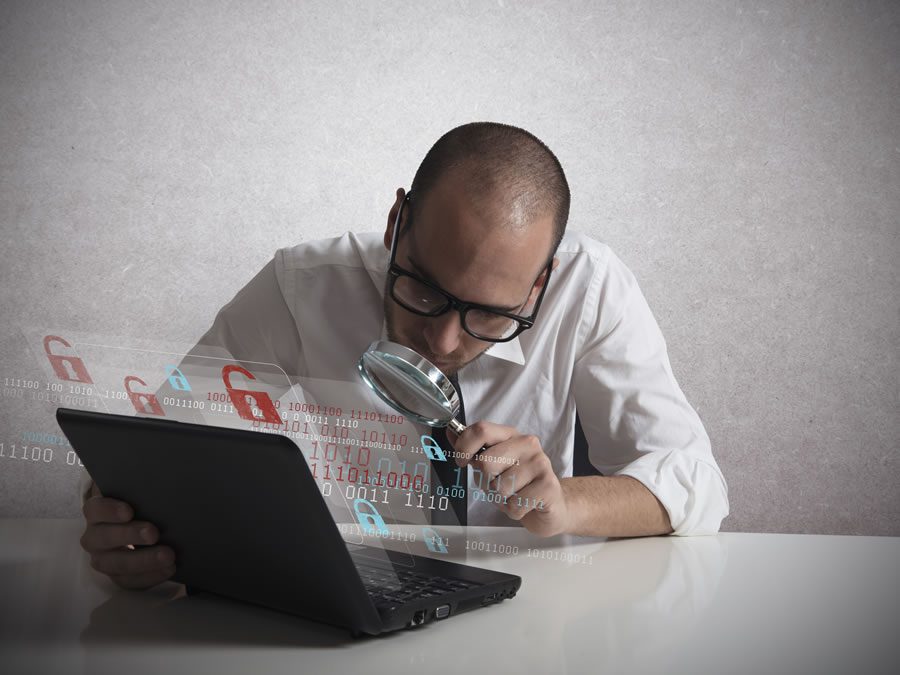 A few decades ago, something happened that changed law enforcement and the way law enforcement officers investigate crimes forever. The mass proliferation of the Internet and the fact that the vast majority of Americans have access to the Internet means that the criminal element does as well. Law enforcement officers today are faced with the fact that just about every crime they investigate will have some nexus to a computer and/or some type of digital evidence. While proficiency with a computer and various basic software platforms is a must for any budding investigator, one need not be a computer expert in order to be a professional and effective computer crimes cop.

White collar crimes that may involve a computer include fraud, identity theft, and monetary theft such as using a stolen credit card number or bank account number. Often these crimes are committed against people who do not notice them immediately, and may lead to major issues such as problems with an individual’s credit score if they are not corrected in a timely manner. For the law enforcement officer investigating various types of white collar computer crime, having at least elementary grasp of how the world of finance works is essential.

Law enforcement officers investigating white collar computer crimes will undoubtedly seize or otherwise come to be in possession of various forms of electronic evidence during the lifecycle of a case. Knowing this, the investigating officer will need to have a firm grasp of their department or agency’s electronic evidence management system in addition to their department or agency’s physical evidence management system. The investigating officer must be prepared to properly keep and store various kinds of evidence in case that evidence is ever needed in court.

Like all other types of crimes, crimes involving the sexual exploitation of children have moved into the digital age. In 2016, the National Center for Missing and Exploited Children (NCMEC) received a record 8.2 million reports of suspected child sexual exploitation, the vast majority of which were related to child pornography found on the Internet. As heinous and repulsive as it may be, a law enforcement officer investigating computer crimes against children must be prepared to view images involving the sexual exploitation of children. After a search warrant has been served and evidence collected, all electronic evidence must be properly catalogued and stored using the law enforcement department or agency’s evidence storage systems. Will the case potentially have audio or video interviews with child victims or other persons whose identities need protecting? Any department or agency tasked with conducting said interviews will need to consider purchasing audio redaction software and/or video redaction software if this is the case. Above all, law enforcement officers investigating computer crimes against children must be in proper mental health and must have the option of being re-assigned to a different investigative unit if they are no longer able or willing to work cases involving these crimes.

According to the Commission of the Threat of American Intellectual Property, the trafficking of counterfeit goods is a $600 billion dollar a year industry. In addition to depriving companies of critical revenue, crimes involving intellectual property theft or counterfeiting can be downright deadly.

While buying a counterfeit purse or pair of shoes may seem harmless, not all intellectual property crimes are created equal. Counterfeit airbags in cars have led to deaths on the road. Counterfeit medicines have caused serious injuries and even deaths when taken by their unsuspecting victims. Counterfeit machine parts can have serious issues if their quality is poor and may lead to dangerous situations. Conducting investigations related to counterfeit goods and other intellectual property crimes is serious business and law enforcement officers investigating these crimes must be prepared when doing so.

In addition to being proficient with their department or agency’s general evidence management system, a good law enforcement officer investigating intellectual property crimes will also be familiar with whatever evidence management software is available for use. Law enforcement officers must be familiar with the various trademarks and have contacts that they can call on from the business world to provide advice and guidance when necessary. Being a social person who is willing to ask others for help is paramount when conducting these investigations.

Computers have abundantly changed the lives of every man, woman, and child in the United States. The ubiquity of computers has ensured that just about every facet of life; from work to school to social interactions somehow involve a computer. Unfortunately, this also means that criminals are also using computers and there is some kind of nexus to a computer with nearly every crime committed. White collar criminals may use computers to steal identities, swindle unsuspecting victims out of money, or even re-route money from someone else’s bank account to theirs. Perverts who prey on children often use computers to commit their wicked crimes. Criminals who commit crimes involving intellectual property and/or counterfeiting use computers to peddle their sub-par goods.

Fortunately, the brave men and women who work among the ranks of our various law enforcement departments and agencies are there to combat these online scourges. Using a combination of digital intelligence and good old fashioned police work, these everyday heroes are making a difference and helping to rid society of offenders who use computers to commit their crimes.