Firearms in the evidence room 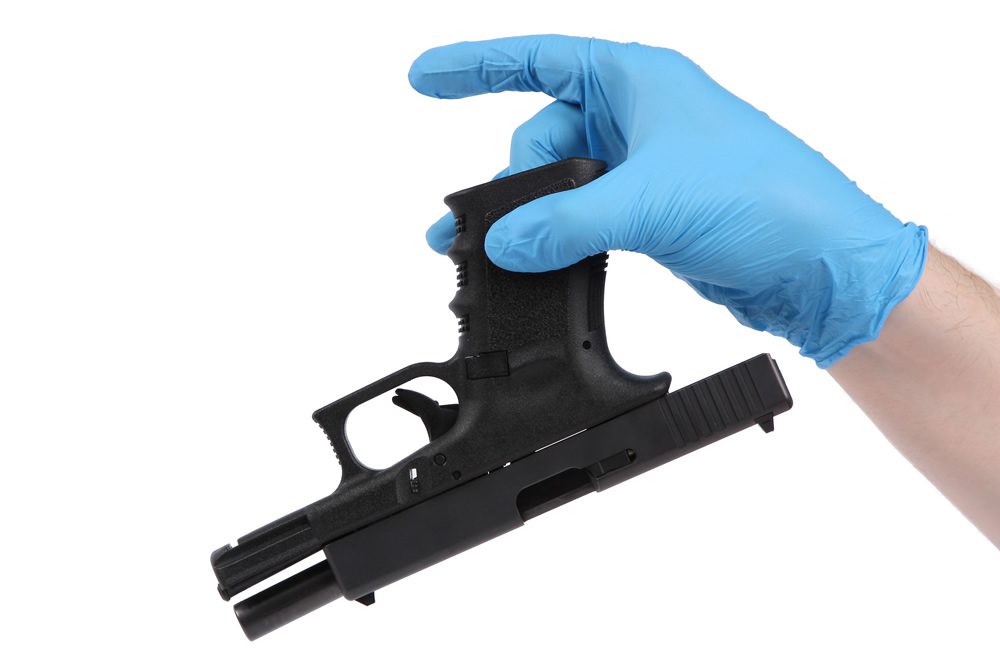 Firearms can be one of the most difficult types of evidence you’ll ever have to handle as an evidence technician. Not only are there obvious safety concerns, but they can also be ridiculously difficult to dispose of when the time comes. Because each state, and indeed, each agency, has its own laws, policies, and procedures pertaining to evidentiary firearms, and we will not assume to know all of the hurdles that each of you may be required to jump, we will simply touch on some highlights.

If you’ve followed our CaseGuard articles, you may remember that we’ve briefly touched on firearms before (How to handle firearms in the evidence room), but because this is such an important subject, we thought it deserved some additional attention.

Evidence room personnel are oftentimes not trained specifically in firearms handling. Many probably don’t understand how to open the breech of a shotgun, operate the bolt on a hunting rifle, or lock back the slide on a semi-automatic pistol. If you happen to fall into this category, please understand that this is through no fault of your own, you simply have never been taught. It’s naive for an agency head to assume that evidence room personnel know what they’re looking at or how to handle it. If you aren’t comfortable handling firearms, please tell your immediate supervisor and ask for assistance.

Before firearms even come into the evidence room, you should have a department policy that requires them to be unloaded and made safe. If you don’t have such a policy, write one and convince your Chief or Sheriff that it is an absolute necessity. The policy should require the officer to unload and do a visual inspection of the chamber, and it’s a good idea to insist that a second officer, or a supervisor, verify.

It doesn’t really matter if your agency submits its firearms with a tag, in a bag, or in a box, but all firearms should be submitted, if possible, with the chamber open and face up, so anyone looking can easily see that it is in a safe condition. Some agencies use cable ties, or zip ties, through the action, or even through the barrel. You may wish to consult with your local crime lab, as they might have strong feelings about foreign objects being inserted into the barrel.

Each and every firearm should be logged in to your evidence management software and assigned a unique evidence barcode for evidence tracking purposes. The information collected should include, among other things, the make, model, and caliber of the firearm, and its serial number. It is important to note that some firearms manufactured prior to 1968 may not have a serial number. Your policy should require that all firearms have been checked through NCIC for stolen. Many times, we’ve seen firearms serial numbers checked just prior to disposal, only to learn that they had, in fact, been stolen years earlier. Your evidence management software should also include an automatic and unalterable chain of custody for all evidence items not only firearms.

While it can be somewhat embarrassing when this happens, it does happen and sometimes it’s easy to explain why. We can offer a few examples of what we’ve seen in the past. Usually, a firearm that slips by the NCIC check does so because it wasn’t reported as stolen until after you already have it safely tucked away in the evidence room. There really isn’t much you can do about this, other than having a policy of checking all serial numbers a second time after 60 or 90 days, and again just prior to disposal.

Oftentimes, we see “hits” on serial numbers that aren’t actually serial numbers at all. Rather, the owner provided a number to the reporting agency that he or she THOUGHT was a serial number, but which was actually a part number common to a large number of firearms. One way you’ll know for sure is when you have MULTIPLE hits on the number. True serial numbers are unique for that manufacturer. You should never have more than a single NCIC hit. Google can be a huge asset for you. Simply search the make, model, and serial number and see what you find.

Also, regarding serial numbers, it’s good practice to run ATF traces on all firearms that come into the evidence room. Not only can you learn if the firearm in question has popped up somewhere else before, but you will also oftentimes be provided with the seller and buyer information. This can come in handy when trying to determine ownership.

Some agencies test fire each and every firearm that comes through the evidence room. If you’re lucky, your crime lab will do it for you. If not, I’ll say it again… if you are not comfortable test firing firearms, get assistance from someone qualified to give it. Fired shell casings, or captured bullets, can be submitted to your local crime lab to look for matches from crime scenes around the country. We’ve seen actual cases where firearms that were just about to be disposed of were discovered to have been used in unsolved homicides several years earlier.

Before you ever release a firearm back to its owner, it is an absolute requirement that a background check is done so as to comply with Federal law. You don’t want to be the one who turns over a gun to a convicted felon, or someone currently banned under a domestic violence protection order. We also know there will be times when you really, really don’t want to return a firearm. You may have good reason to believe, or just a gut feeling, that the owner will commit a crime of violence or even hurt him or herself. Talk those situations over with your supervisor to see if there is anything else you can do or anything else you can check. In the end, though, it’s your job to return the personal property to its rightful owner. You may simply have no other choice, especially when presented with a court order.

While we really don’t feel it necessary to go into how you’re physically storing firearms, here are just a couple of reminders. It doesn’t matter if the firearms in your evidence room are hung on racks or stacked in boxes, as long as you can find them when you need them. Do not, however, store firearms in plastic bags. Firearms and moisture don’t get along. A $5000.00 hunting rifle can be ruined in short order by a little rust. Anything in a box should be properly sealed, so you don’t have to physically open it each and every time you’re doing an inventory.

Finally, it’s not a bad idea to keep firearms stored separately from other types of evidence, and even under an additional level of security. Inventory all firearms on a regular basis. When things go missing from evidence rooms, unfortunately, those things are often firearms!