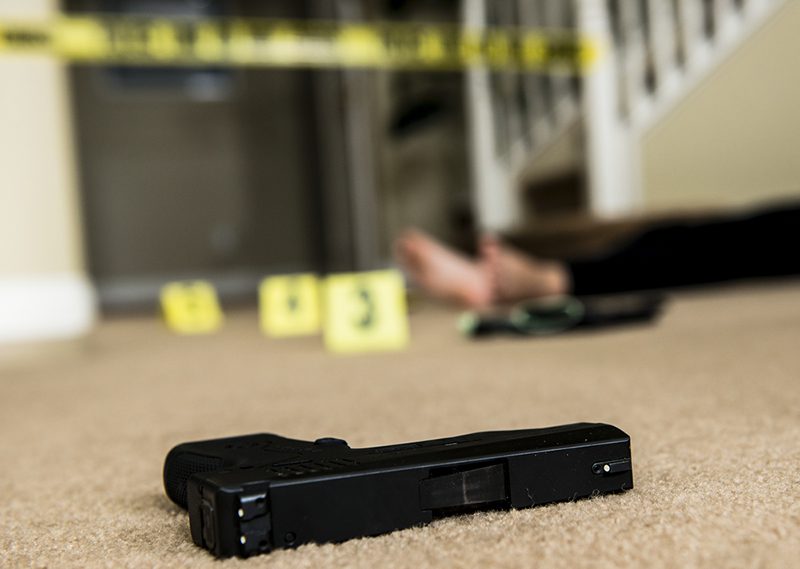 A death investigation is a profound responsibility. With a keen sense of duty, and in pursuit of the truth, homicide investigators must follow the evidence and the facts of a case as they’re developed in order to seek justice for the deceased and those they left behind. Every violent crime is tragic. However, victims whose lives have been taken will never see another sunrise, nor can they reveal who stripped them of their last breath. The outcome of a potential homicide investigation largely depends upon how the scene is approached, along with the combined actions taken by patrol officers before detectives are called. The location of the decedent is considered the corpus delicti (body of the crime) or primary crime scene. However, secondary crime scenes will most likely be encountered during the course of the investigation. Patience, flexibility, and common sense are noteworthy traits that should come naturally to a trained professional investigating a suspicious death. The discovery of new information may warrant a fresh review of the case and could turn the focus in a different direction. Fact gathering by patrol officers during the preliminary investigation is critical and paves the way for homicide investigators to probe further as the case unfolds. Not every suspicious death will be ruled a homicide, but every suspicious death case must be investigated as such. Following, are questions that need to be asked during the preliminary evaluation of a suspicious death scene:

The condition of the body and its surroundings may provide investigators with important details that will serve to lay a foundation of inquiry. The scene may render positive identification of the victim, time of death, length of exposure between death and discovery of the body, or whether the crime was one of opportunity or calculated murder.

The time of death can be estimated through information gathered at the scene yet not directly associated with the body. For instance, was the mail picked up? Were lights or any appliances turned on? The exact time of death is extremely difficult to determine unless a person witnesses the act or a surveillance camera happens to record it. But, establishing the time of death is important, so investigators can narrow the list of possible suspects. On its own, lividity will not necessarily establish a time of death. However, it can be useful in determining other facts. Areas of the body that show no lividity when it is expected to be present may indicate the body was moved prior to discovery.

Various factors contribute to estimating the postmortem interval, or the interval between the time of death and discovery. They include, but are not limited to:

Auto-erotica deaths can present unique challenges for investigators. For instance, in an effort to uphold dignity or to diminish their pain, family members may move or manipulate a victim’s body. (Auto-erotica deaths are commonly ruled accidental by the Medical Examiner/Coroner.)

Suspicious death scenes should be thoroughly documented in photographs. Photographs to scale depicting pattern injuries may be very useful in later comparisons with a suspected weapon or implement. A crime scene photo log and digital evidence will facilitate further investigative review and comparisons. Digital evidence management software – capable of authenticating, storing, and organizing photographic files while preserving the chain of custody – is essential to protect the integrity of the investigation. A system with the capability to enhance images while preserving the originals intact is becoming standard for investigators and prosecutors. Through patience, flexibility, common sense, and the use of state of the art evidence management software, investigators stand a better chance of finding answers to lingering questions and bringing justice for victims and closure for surviving family members.