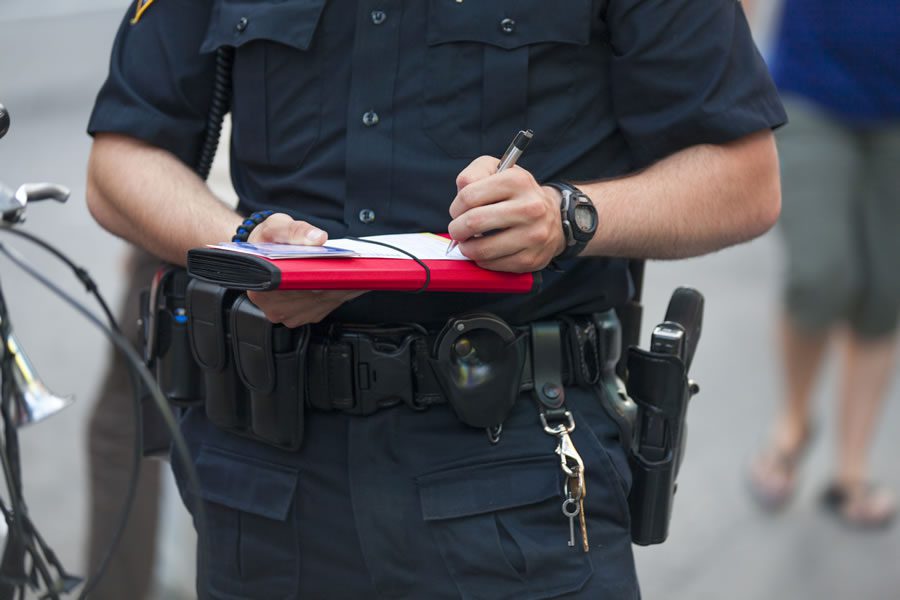 Carrying a firearm during the performance of one’s official duties is one of the most serious and most important responsibilities that a law enforcement officer has. In addition to dealing with the stress of having to make split-second decisions regarding the use of firearms while engaged in life or death situations, law enforcement personnel must also be responsible for the care, maintenance, and functionality of their weapons systems. Law enforcement officers must qualify regularly with their firearms, and must always handle their weapons in a safe manner so that accidental discharges are avoided at all costs.

Inventory: How Often and How to Conduct?

All law enforcement departments and agencies who employ armed officers conduct regular inventories of their weapons. That being said, the frequency of these inventories may vary wildly depending on the specific department or agency’s policy. It is recommended that law enforcement departments or agencies conduct a physical inventory of all firearms on at least a yearly basis. Each supervisor must personally examine all firearms that are assigned to his or her team, and must also verify that all serial numbers are correct and match the numbers of record. How can this task be made easier? For starters, having a dedicated firearms or equipment management software program can relieve many headaches.

If having a dedicated firearms or equipment management software program is not feasible, at the bare minimum all firearms belonging to a law enforcement department or agency should be catalogued in that department or agency’s general asset, or evidence management system. The easiest and most efficient way to manage and inventory firearms and other important items is with a barcode system that functions in a similar manner to an evidence barcode system. A small sticker can be placed on a firearm and quickly inventoried at the appropriate time. While a system such as this may necessitate a little extra funding, the benefits of having it in place greatly outweigh the initial startup costs.

When the Unthinkable Happens

No law enforcement officer on planet Earth ever sets out to lose their service weapon. Despite all the good intentions, thousands of firearms belonging to law enforcement officers go missing every year. Between fiscal years 2014 and 2016, armed employees of the United States Department of Homeland Security lost over 200 firearms, and almost 2,000 badges. In one example, an armed officer left his firearm in a bag in the backseat of his car while he ate dinner. When the officer returned to his car he found that a window had been shattered and his bag had been stolen.

In another instance, a federal air marshal left a loaded service weapon in the bathroom of an airplane. Mistakes do happen and good cops have the propensity to make stupid mistakes. If and when a law enforcement officer discovers that their firearm has been lost or stolen, this fact must be immediately reported to the officer’s direct supervisor, and a report must be filed with the local police department who has jurisdiction over the location in which it was stolen. The absolute worst thing a law enforcement officer can do when his or her firearm is lost or stolen is lie about the situation or attempt to cover up the facts regarding the situation in any way.

All law enforcement departments and agencies have different methods for evidence management and asset management. Nearly all of these systems are quite effective, and most firearm losses can be attributed to human error or carelessness. Why do we emphasize the importance of proper law enforcement owned firearms safety and storage? We do so because the end result of lost or stolen firearms can be absolutely devastating. In 2010, a gun stolen from a police officer in Tracy, California was used to murder a man 4 years later. In Palm Beach County Florida, a gun stolen from a West Palm Beach Police Officer was used by gang members to commit multiple crimes. Time and again we are reminded the careless mistakes can ruin lives. Law enforcement officers must do everything in their power to avoid contributing to the scourge crimes involving firearms represents.

While it is impossible to create a full-proof system concerning lost firearms, having an asset management system that allows for each transaction of that firearm to be logged is an absolute best practice. When that system allows you to scan the firearm, and manually record verifications of it’s serial number, condition, and assignment, the repetitive nature of this single activity improves the chances of not losing department firearms by well over 80 percent. And no matter the investment, the cost of such a system is well worth it, if it means criminal opportunity is reduced, and people are not killed.

And, while an asset management system may not seem like a priority, consider accreditation. These processes that certify your agency are used to evaluate you for grant programs and tax incentives that support your basic and advanced operations. If you aren’t tracking sensitive equipment, what impacts will that have on your accreditation, and ultimately, your budget?

Carrying a firearm is a major responsibility and is never to be dismissed as trivial, even by the most seasoned law enforcement officers. While the majority of the firearms that are lost by, or stolen from law enforcement officers are due to human error or carelessness, there are procedures that can be put in place at the managerial level to minimize these losses. Regular inventory of all firearms is an absolute must. All firearms must be inspected, and all serial numbers must be verified by supervisory personnel. In addition, law enforcement departments and agencies should consider a firearms inventory tracking system that is similar to or works in conjunction with, that department or agency’s asset, or even evidence tracking system.