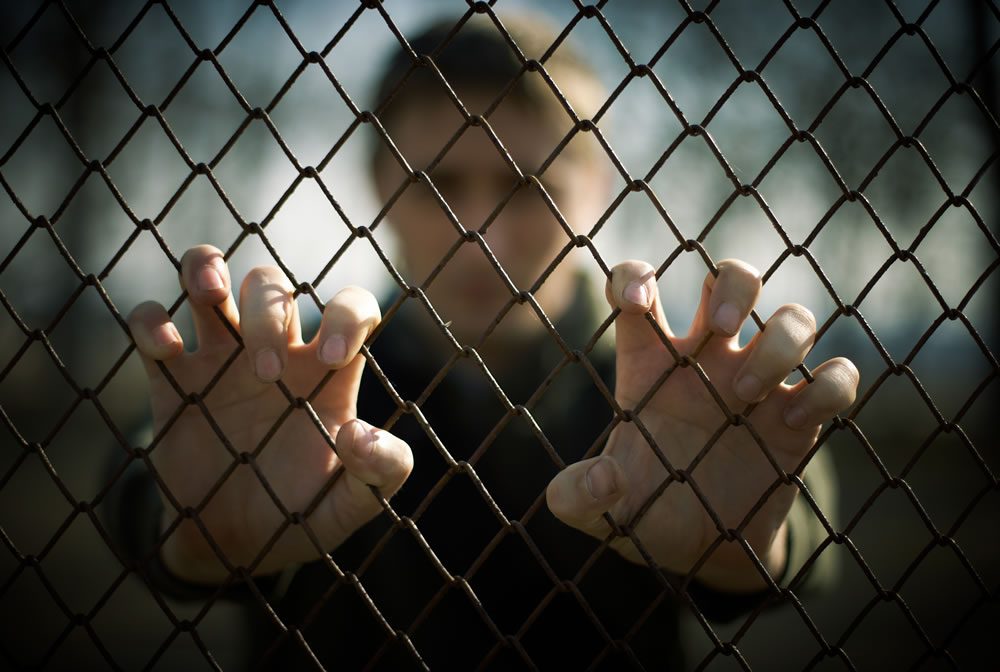 Disorder and disobedience continues to rise in the streets. And we continue to respond to it, unwavering in our dedication to stopping crime. But there are times when those involved in crime are violent, and won’t stop being violent. It seems that the level of anger and determination they were operating from prior to your arrival, has risen to a new level of intensity now that you’re there to stop them. In the process, they’ve left a trail of evidence behind them, and on them. We want to document the and collect the evidence on them, but how can we do this?

It doesn’t matter what you’re trying to accomplish, if we don’t have control over this person, if we don’t have safety first in our minds, we’re going to lose this battle, and it might come with dire consequences. Whatever you do, safety always comes first. Getting the suspect physically detained, in a position of disadvantage is necessary for our eventual goal. No evidence on a violent suspect is worth injury to ourselves, or others, or death. Getting them under control is our priority. If we somehow damage or lose some evidence in pursuit of control, oh well, we’ll live another day, and in the case of a violent suspect, they’ll probably offend again. No sweat off our backs.

Documenting from the Ground

More than likely, you’re going to start the process after they’ve been on the ground for a while. It may be hard for the public to understand, but an out of control, violent person will need a “time-out” so to speak on the ground. Not being sat upon necessarily, but controlled by several officers to keep them still and enforce the point mentally that their mayhem is over, and resisting is going to get them nowhere. In the clear majority of incidents, time on the ground leads to compliance, in evaluating violent encounters. This of course corresponds to those violent suspects who we can approach and eventually manage. If your violent suspect is waving a weapon around, you are going to have a completely different response, that we hope leads to this stage, but there’s an equal chance it won’t. Your safety matters. Your partner’s safety matters, don’t compromise either to save evidence.

Once our violent suspect is on the ground, and no longer fighting, being able to document evidence early matters. Logic has always dictated that in documenting and collecting evidence, we want to start from the outside of the scene, and work our way in. In these scenarios, we’re going to have to go backwards, because we may not have a compliant suspect for long. Getting them processed for evidence as quick as possible is important. The scene they came from must wait.

Start wherever the evidence on them is least present. Again, this will seem unnatural, but starting where the least amount of evidence is helps to show relation between your violent suspect and what type of physical activities they may have been involved in. If it’s burglary, starting where the least amount wood fragments or glass shards appear help to establish their relative starting position to when they kicked in the door, or broke the window, etc. If it’s a domestic assault suspect, the blood on their hands, the swelling in their knuckles, are both things we always zero in on. But what about their legs and feet? Do they have evidence of kicking objects, or people as well? On any given scene, you’ll likely have some good indicators of where to start, but always be mindful of the part that dispatch didn’t relay, or that no one heard about in the first place.

If starting from the smallest amount of evidence isn’t viable, start wherever you can, and try to work from that point out, in one direction. Going clockwise, and keeping a general sense of organization in collecting evidence is prudent, and will pay dividends in report writing and court testimony.

The one thing you will end up doing, and it’s highly suggested that the team approach is used here to, but recovering as much evidence as possible, and then bagging it right there happen. This can be a problem if your suspect is restless, without being violent. But if they’ve truly given up, it’s better to collect the evidence you need without further interruption. Weather can factor into this negatively, so if you’re up against the elements, get them into your car quickly, and handling the process at the station is best.

If you are collecting evidence however, not bagging it as you obtain it presents several problems, and specifically causes problems in court. If it’s evidence that you can afford to get, but the rest you must get later, it’s better to get what you can on scene, rather than let it get further destroyed. These types of decisions must be made based on experience, and the situation as it presents. Incorporating training in scenarios involving a violent suspect are the best ways to discover the finer points of collecting ‘rolling’ evidence.

Most jails in the modern era won’t accept arrestees with unattended wounds, so a likely scenario with a violent suspect is to take them to the hospital to be cleared for jail, and while they are being processed by medical staff, is to process them for evidence during their hospitalization. This can be useful, especially for collection on the front half of their body, since they must lie down on a hospital bed for examination. This is a great opportunity to collect evidence, and in most cases, even a violent suspect is calmed down in a hospital environment. Especially if they think they ultimately won’t go to jail due to their injuries. That’s highly unlikely, but letting them think otherwise doesn’t hurt your cause. Getting well documented evidence, whether it be of injuries sustained from the assault they inflicted, or injuries from property damage they committed, is easy to obtain once at the hospital, in most instances.

If you’re still having troubles getting evidence at this point, you’re probably dealing with the choicest of knuckleheads, who simply doesn’t care what’s going on, they’re going to be combative, annoying, and angry the whole way through. This is where having well trained jail staff help. If your area jail has an evidence collection team, reach out to jail ahead of arriving and see if they can assemble members to help you collect evidence. If your jail is forward thinking, the staff involved in evidence are not only trained to their own standard, but to the expectations of a court of law, in the event their own team needs to testify in court because of incident occurring in the jail. If this is the case, planning and a little training with them ahead of time is best practice. But if that’s not possible, no need to worry. Setting up roles quickly should be easy enough, where your personnel oversees pointing out what needs to be documented and collected, their staff carries it out, using your packaging, and your personnel finishes the job with documenting the results and writing the reports. It’s win-won, because you’re getting the evidence you need, and getting the arrestee off your hands. For the jail, it’s a test of their skill set, and an opportunity to offer something beyond the normal custody services.

In all instances, running your evidence management software from your vehicle is going to be the preferred method, especially in cases of quick collection. This will mean one officer is logged into the evidence software, and will be the registered officer turning in all evidence. If multiple officers are involved, if they know how to document their chain of custody, nothing is wrong with this process. Getting them up to speed on how to create the chain is the hard part, after that, it’s all documentation. If your evidence management software is anything like the newer software coming out, creating a chain may be even easier than documenting the officers for each transfer. Either way, making processes easier for those in the field should be an operational priority, especially when considering the challenges a violent suspect presents.

We have several ways of documenting evidence that are not so traditional, in dealing with a not so traditional suspect. Or at least, a scenario we don’t always find ourselves in. Training and developing policy to deal with these situations is what solves problems later, but there are even ways to deal with a lack of leadership in these cases. If you have personnel on your shift trained in evidence collection, see if you can develop policy that addresses this specific instance, and get training in place that your shift can learn and eventually respond to these instances with confidence in the field. In all instances, logic must prevail.