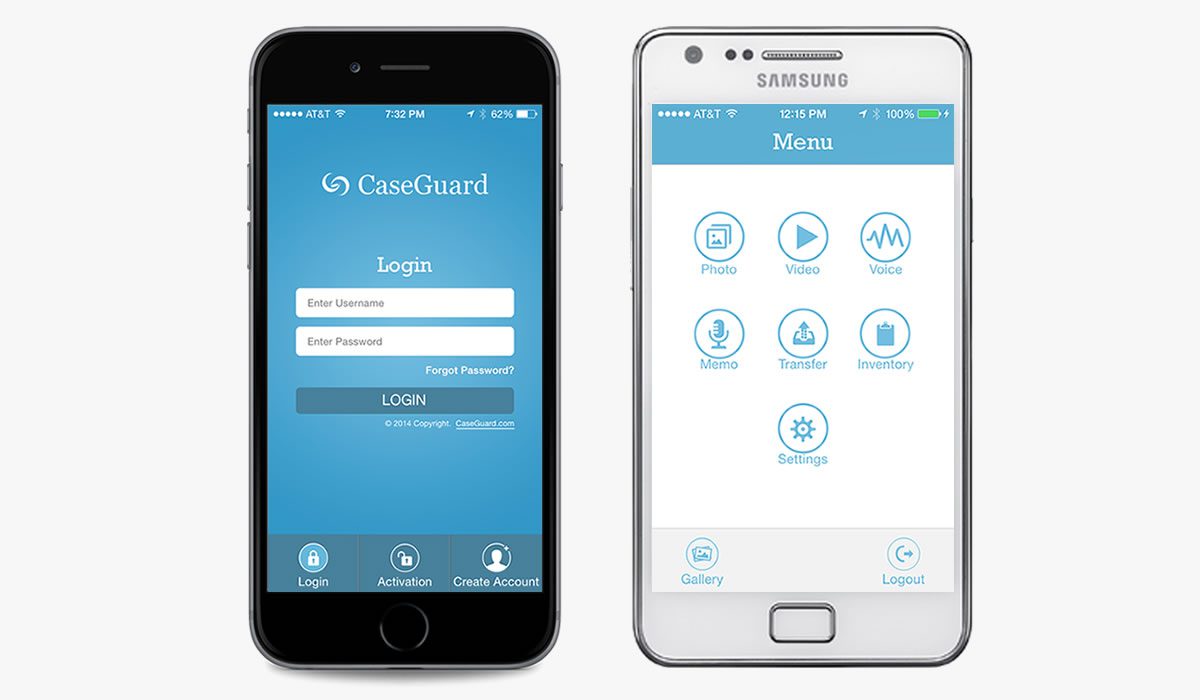 One device that we probably all carry on our person at all times is a cell phone. Most of us probably have smartphones. Many, if not most, of those smartphones, have amazing cameras. The question at hand is “Should we use our personal cell phones as evidence collection tools?”

If you’re anything like us, you hate carrying excess “stuff”. For instance, many departments issue cell phones, dictation devices, cameras, and video recorders. What if just one of those items could replace all of the others? We already know that a cell phone can shoot great photos and videos, so why not take it a step further and use your phone as a handheld recorder and dictation device? Evidence room personnel can take it even further, using a cell phone as a handheld scanner to transfer evidence, capture signatures, and conduct inventory functions.

The average smartphone today is capable of so much more than just making phone calls and taking photographs. Our phones serve as our calculators, calendars, flashlights, Rolodexes, and more. So should we, or shouldn’t we, use our personal smartphones to collect digital evidence?

The obvious reason one might choose not to do so is the very distinct possibility that the court may seize your phone when evidence collected on it is challenged. It would take just one overzealous defense attorney to absolutely ruin your day. We highly recommend speaking with your local prosecutor before going too far. We are aware of prosecutors who won’t come right out and say that you cannot take photos with our phones, but neither will they guarantee that your phones won’t be seized for examination by the court. Will it ever happen to you? Probably not. But if it were to happen, everything on that phone could be forensically downloaded and made available and public. EVERYTHING. If the very thought of this possibility makes you nauseous, you may want to stick to using your trusty old Nikon.

But if you DO choose to use your phone as an evidence collection tool, there are a few things to consider. How will you get those photos, videos, and audio recordings from your phone into evidence? If your department already has a modern, capable digital evidence management software system, there may be mobile apps available that will interface with your system to make such transfers easy. Without such an app, you may need to connect via cable to a PC, or even e-mail the photos to your own e-mail account. Not a big deal if your e-mail is secure and there are 5 photos, but a very big deal if there are 500. Video files may be too large to send via e-mail at all.

One thing you do NOT want to do is retain copies of any evidence on your phone. Any good evidence management app will not only verify the authenticity of files, it will prevent tampering of any kind and automatically delete files from your phone once they have been successfully transferred into evidence. Keep in mind that you can always go back and look at your photos within your digital evidence management system, where each and every move is logged in an unalterable chain of custody. Get them off your phone and into evidence at the first opportunity.

We are not suggesting that you should take all of your future photos and videos with your cell phone. We cannot imagine a homicide scene is documented with a cell phone camera. But would it be handy to use when you’re simply trying to document yaw marks at a crash scene, or bruising on a domestic violence victim, or a broken window at a local business? Wouldn’t it be convenient if you could snap a few photos or a short video and, with just a few keystrokes, upload them directly into your evidence management system without ever coming into the police station? The technology is here today!

Try CaseGuard mobile app for free by downloading it from the iPhone App Store or Android Google Play by searching for CaseGuard. Once installed, enter CaseGuard as an agency on the mobile app.