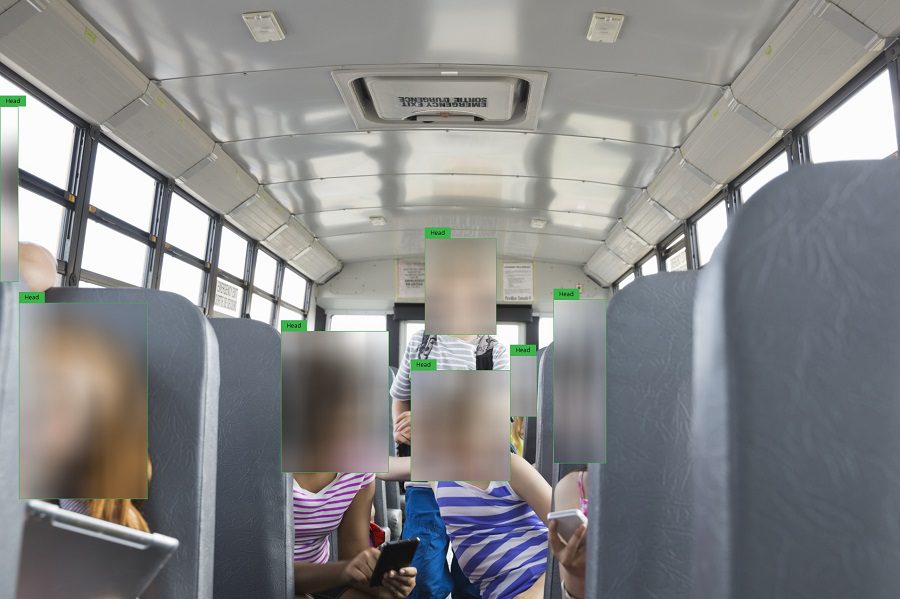 In today’s world of data and computer systems, protecting the private personal information of individual citizens has become a major source of budgets and IT departments for many industries. When it comes to protecting the identity or Personal Identifying Information (PII) of a minor, in any circumstance, the law mandates that children’s privacy will be protected at all times.

Schools and entire school districts are now faced with handling the often complex and difficult IT and data systems that control the information collected on students for their educational records or for school security. School budgets are extremely tight and the expense of having entire departments dedicated to redacting and entering the different forms of data that a school would have associated with an individual student’s record can actually break a school system.

Often the solution is to have the school district or authority to join a comprehensive integrated data system (IDS) that is specifically designed to handle the sophisticated labyrinth of information, the authorization for release of data, and the security and maintenance of the entire server. This is the ideal solution for cost savings allowing schools to focus their budgets on other areas of teaching. The school administration would still need to have some IT personnel to handle redaction and data entry to the system, but the warehousing of information reduces the workload significantly.

School administrations are being dealt a tremendous blow to their budgets as they attempt to conform to an ever changing society where the Federal Department of Education has enacted privacy laws that are in constant flux due to the department’s inability to clarify the laws. Prior to 2018, the Department of Education was clear that if information on other students could not be redacted, then the school could not share that information with the parent of another student. Since the laws cannot clearly define every possible scenario, including situations when multiple students are involved in acts of violence or mischief, the department has taken another approach, but still not being clear about what is applicable to FERPA law, and what is not.

The department’s current position is to inform schools that if a parent requests information or video regarding an incident, to disclose only the portion that would fully depict their own child’s involvement in the incident. If multiple students are in the video or written material, then the department suggests a few options. One basic option would be to redact the faces or PII of the other students so that the parents can see only their own student’s participation. If this is not feasible, then a second approach would be to have a meeting with all parents of the students involved, with each signing consent to allow the material to be viewed. Some schools may opt to have parents meet individually or as a group and view the video together so remedies or other actions may be discussed.

The last option provided by the department is that in the instance that it is impossible to redact video or written material of other student’s PII without losing meaning or context, that these materials would not need to be handed over at all. FERPA allows for parents to review the material in a controlled setting in which they have the right to inspect and review the video or other student records only.

School bus video systems have been installed in many districts to protect students and bus drivers. There has been much speculation as to whether these videos meet the requirement of FERPA to be considered technically part of the student’s educational record. This law under FERPA has also been left clearly undefined.

Both parents and educators have been left to wade through hurdles of red tape as they attempt to comply with the privacy laws that have no room for circumstances or the emotional responses of families. In the case of surveillance videos, which are there for the students’ safety as well as school security, if an incident occurs such as two students fighting, FERPA laws do not feel the emotional brunt of parents seeking answers – educators do. How can a school administrator face a parent who is looking to get video documentation of the conflict to sue for damages in case of injury and still have to follow FERPA laws by denying access?

In 2015, a judge for the Utah Court of Appeals explained that there was no clarification used by the Department of Education’s plain language of the statutory limits that FERPA is applicable to only educational records. The ruling upheld a previous court’s decision that a father who requested video footage of an incident his son would be allowed the footage, as long as he paid for the redaction services as required by the school district.

Parents, students, educators, administrators and the legal system have been arguing for both sides of the privacy issue when it comes to school bus videos. Parents have realistic concerns if their child has been harmed or injured by another student and feel as though they are denied access. Administrators are doing their best to comply with undefined legal rules and maintain their school budgets. Educators feel caught in the middle, while lawyers and judges argue the finer points of both sides of the issue.

The Department of Education has come to terms with attempting to make things a little clearer. The department’s position on video surveillance and student privacy blankets all use of video footage, be it in the classroom, hallway or exterior security footage, and bus video systems. Bus video systems have become quite a controversy, beyond just the administration needing to put forth the additional effort to redact the faces of other students to allow a parent access to the one student’s record.

In 2013, in Aurora, Ohio school district opted to install bus video surveillance for the student’s safety. While every state can have stricter guidelines than the federal FERPA laws, the school superintendent explained that the recordings would be made viewable by administration in the event of an incident, but most minor infractions of bus rules were still handled by the bus drivers. The school district also went on to explain that while these videos were used primarily for disciplinary actions, the videos would not be made available to the public due to FERPA guidelines.

A former Student Press Law Center executive director, Frank Lamonte, argued against this point. His interpretation of the FERPA laws are that they would not cover student behavior on the bus as students are in public view while riding. His opinion is that the Department of Education has already stated that what a child looks like or sounds like is not a secret, which is why parents are allowed to volunteer in classroom settings. The identity of the students, their appearance is not confidential on public streets. He noted that schools that follow this guidance are more apt to provoke legal disputes including affirmative rights, which include the right to have an administrative hearing to verify the validity and correctness of the student’s record.

The best policy for schools is to follow FERPA guidelines to the fullest at all times. Regardless of the circumstances, emotions, or prevalent attitudes, because failing to protect a student’s privacy can cost a school district money that it doesn’t have to lose. The Department of Education clearly stated its ruling on buses when attempting to resolve the question about using the same recorded image for more than one student’s educational record under the FERPA rules.

The department answered that it was possible for a single recorded image to become more than one student’s record, when more than one student is clearly in the image or video. They went on to more clearly define it by saying that if a bus surveillance video shows two students fighting, for example, and the school uses this for security and to maintain discipline among the students, then yes, it can be part of two student’s records. Their definition goes on to state that the bus surveillance would then be “directly related to” and part of both student’s educational records.

Even if the school district is part of an integrated data system, keeping a full IT team of video redaction staff is not cost-effective for most school budgets. Having a quality video redaction software system that is designed to help schools easily follow the FERPA rules and regulations can save countless hours of personnel time and allow better budget spending.

CaseGuard video redaction system is easy to use, and could be used by trained office staff and administration for fast results. When schools are faced with FOIA, legal, or other requests, many times there is a defined amount of time for turnaround of the redacted video. Being able to meet FERPA guidelines, and being able to handle the job easily are extremely important. Using a quality video redaction system also means there is less room for human error, when even a single frame can be left out to affect the release of PII.

The key benefits to using a superior video redaction system to ensure student privacy for school districts can be:

With all these benefits and the ability to stay current and within the legal boundaries set forth by the Department of Education’s strict student privacy FERPA laws, school districts should not be without it.

Coronavirus is changing the way schools operate, and there is a significant change in the learning environment. If there are recordings of students participating, communicating, or even giving demonstrations, then the information faces FERPA policies and heavy redaction from school administrators or other resources.

Closing schools is just one step to complying with government safety instructions to prevent the spread of this disease. Social distancing, hand washing, sterilizing, and staying in quarantined areas may be painful, but maybe the only activities that can keep families and students safe.

Protecting Teachers Under Attack by Students

Teachers and school staff members across the country are being assaulted by students in schools, classrooms, and hallways. Taking violence seriously has to be made a priority by districts in protecting both students and staff members.

Many states are now regulating that surveillance cameras be used in special education areas because of the growing need of a non-biased form of communication for the students and staff. When special needs students are involved, if they are being harmed by another student or teacher, they may not have the ability to speak for themselves. In this way, the cameras can speak for them.

Having a quality video redaction system that many school administrators, teachers, IT personnel and more can be trained to use quickly and easily takes away the pressure from the administration regarding complying with FERPA, maintaining student’s private information, and also keeping their budgets for higher educational priorities.