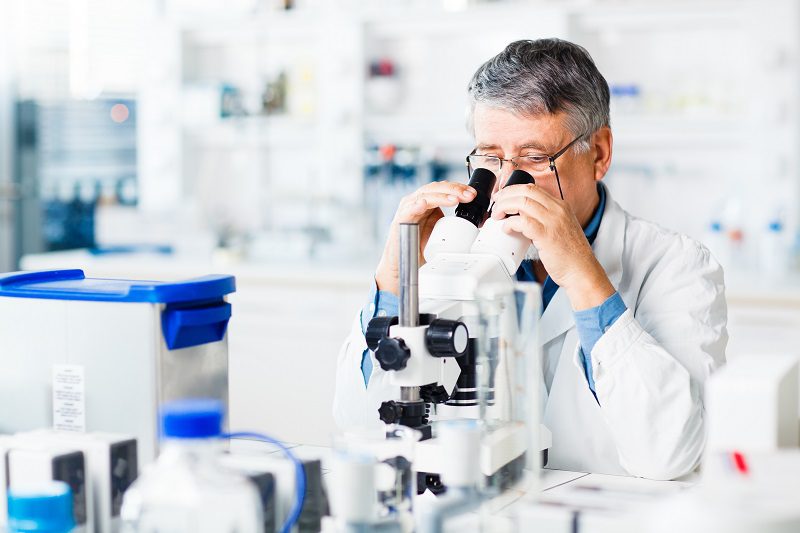 Surveillance is the act of observing people’s actions, with or without the permission of the individuals being monitored, usually for purposes of management or protection. Technological development has ensured lower hardware costs and increased automation rates, so hospitals and law enforcement agencies worldwide consider surveillance a cost-effective method for fighting serious threats to public safety.

Video surveillance is widely deployed in healthcare and assisted living facilities for many kinds of control applications. Security and privacy are two promising factors that align video surveillance systems quality and validity with the caliber of patient monitoring applications. Video surveillance is a device that usually employs a network of cameras to track a specific area (public or private) for safety against robbery, abuse, terrorism, or other similar problems. A simple system would allow a security guard to monitor what is happening in an area under surveillance, while a sophisticated one could involve thousands of connected cameras using state-of-the-art technology to automatically identify and track a specific person from one location to another.

Many healthcare applications and Ambient Assisted Living (AAL) systems have deployed rapid advances in communication and sensing technologies. Because of the rising elderly population and the general public’s preference for independent living, the majority of these systems are expected to operate autonomously with minimal or no human intervention. Under such conditions, the monitoring systems of the video surveillance caliber that are deployed for patients and the elderly in hospitals or retirement homes should always ensure their safety and privacy while preserving operational efficiency and precision.

The extensive usage of CCTV in public places such as hospitals is of great concern as it is seen as a threat to privacy by critics, not only for the risk of abuse but also for the risk of self-censorship in expression and behavior. Existing legislation to protect the privacy of citizens in the context of lawful video surveillance varies significantly among different countries with respect to the various aspects of video surveillance that are being regulated. For example, there are different rules for limiting the storage time of recorded images, the need for notification signs in the surveillance area, and the possible requirement of a court warrant to request surveillance videos of a particular person.

Contemporary video surveillance systems that cover most of the public areas are often linked through a communication network. The pervasive form of video surveillance systems combined with technological advances such as high resolution, magnification, identification, and tracking has the potential to disrupt the balance between the need for such systems and the privacy of individuals. In contrast to an early age and many currently used CCTV cameras, which can only see as far as a human eye, modern cameras can pan and tilt and can provide more detailed images than previously possible. A camera having a 60-times optical zoom lens can read what is written on a cigarette pack at 100 yards.

Improved quality of recordings, reduced storage costs, and use of digital technology enable traversing and exploitation of recorded data in ways previously impossible with analog recordings. For example, metadata information including date, time, location, and information about objects in the recordings make it easier to search for a particular person or activity and may lead to profiling of individuals. Advancements in this area can be integrated with CCTV systems to track movement in their field of view or across networked cameras allowing an operator to automatically follow a target object in an entire facility in real-time or stored data. This means that people can be tracked in real-time and with little effort, which makes cyberstalking extremely easy for anyone with access to the surveillance system, regardless of whether this access is authorized or not.

In contrast, there also exist technologies that can minimize the above-mentioned invasive effects of video surveillance systems on privacy. Digital video redaction software can automatically hide the faces, license plates, and other identifying areas in the images of non-targeted people while storing the recorded videos. To protect unauthorized access to the redacted videos, the stored data can also be encrypted so that only the individuals who have the relevant decryption key can access the video stream.

Encrypting the video streams in the camera with a key that is only known by authorized users means that the video data is protected from interception both in transit between the camera and the video storage system and when it is stored in that system. If the authorized user loses the decryption key, however, the entire database of video data becomes inaccessible, which is sometimes addressed through some mechanism based on key-escrow or threshold cryptography. Use of watermarking or logging could also be helpful to track when and where data was accessed, although it cannot prevent access to the recorded data. A digital watermarking scheme embeds a visible but subtle watermark in the video stream that identifies either the sender, i.e., the camera, or the intended recipient of the video stream. This means that if the video stream is ever leaked, it will be possible to identify the source of that leak.

The current and potential capabilities of video surveillance systems are quite attractive for hospitals worldwide, and they see video surveillance as an effective mechanism to monitor patients and fight against security threats. Critics, however, argue that being pervasive in nature video surveillance poses a threat to many democratic rights of the patients and civilians, and it might force the law-abiding people to change their daily routines to avoid being caught by the camera.

Few privacy awareness initiatives like Isee project in Manhattan and Observing Surveillance Project in Washington identified locations of CCTV cameras to help people avoid being captured by the cameras. There are certain constitutionally protected values that are at stake because of extensive video surveillance. First such right at stake is the right of anonymity, which is closely related to privacy. Many people expect to remain anonymous in public places such as entering an infertility clinic or a psychiatrist’s office. The presence of video cameras in public places would capture all such activities and would allow the officials to see the daily operations of any individual.

Anonymity, Data Hiding and Privacy Safeguards: While the system is supposed to monitor the behavior of the people, it should strive to maintain the anonymity of the people by hiding their identity using certain privacy safeguarding mechanisms. Therefore, the system must implement video redaction techniques that obfuscate the identity-revealing regions in the images when the operators monitor video streams in a normal situation. To hide the identity of observed people, identity revealing sensitive areas are first determined and then removed or redacted depending on the approach used.

Several techniques to hide privacy-sensitive areas are available. A simple technique is to eliminate the relevant regions entirely, but this not only masks the identity but also behavior, in some situations. Another type of approach is to lower the level of detail in areas that are sensitive to privacy, using blurring or pixelation, leaving the subject unidentifiable, yet the behavior remains recognizable. The third approach, called abstraction, is to remove and replace the relevant regions with dummy objects such as skeletons or silhouettes. Another method, called scrambling, is encrypting sensitive areas with a key that enables the area to be decrypted only by approved personnel with the key.

Video properties: The hospital needs to determine whether cameras with advanced functionalities such as pan-tilt-zoom, night-vision, and high-resolution are required to be used, with respect to the purpose of surveillance conducted.

Deletion after retention period: Depending upon the regulations of the state where video surveillance takes place, the captured data must be automatically deleted as soon as the retention period expires.

Despite posing a threat to privacy and the dangers of its misuse by the officials, the usefulness of CCTV systems cannot be denied. What is mainly needed is that these systems must be designed in ways that not only protect privacy and freedom while protecting the people against security threats, but they must also be able to prevent or detect any abusive usages by using techniques such as logging, encryption and authorization control mechanisms.

The Health Information Technology for Economic and Clinical Health Act or HITECH Act for short is a federal law that was passed to promote the adoption of health information technology, particularly the use of EHRs or electronic health records by healthcare providers.

What is HIPAA Compliance?

HIPAA is the acronym for the Health Insurance Portability and Accountability Act. The United States Congress initially passed this act in 1996 to provide regulations for handling and sharing patient data. It requires healthcare providers to protect patients’ personal health data, keep it confidential, and use precautions when transferring data electronically.

Redaction is often used in medical malpractice litigation to hide the identities of patients who aren’t parties to the lawsuit. Materials needing editing generally do not comprise medical reports since these are unique to the patient whose case is in dispute. Instead, documents that require redaction are those that might infringe on other patients’ privacy.