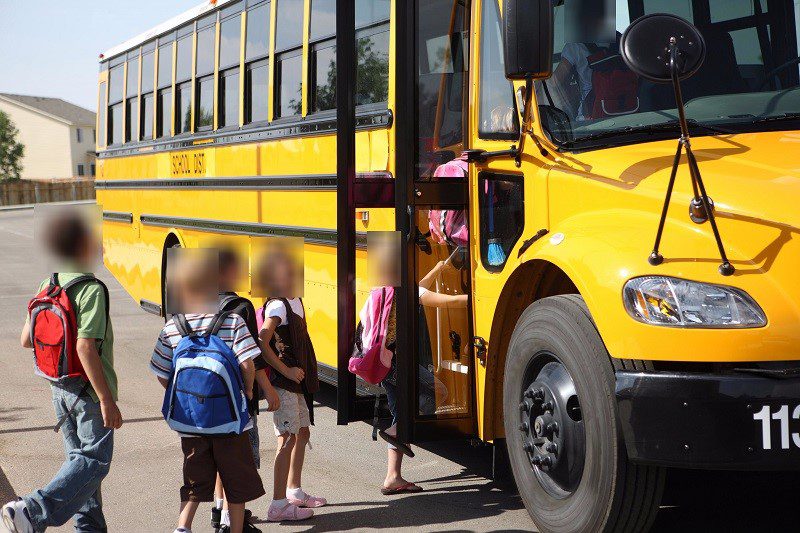 In the wake of mass shootings, schools all over the country are introducing school surveillance systems in the hopes to improve school security and student safety. With these new video surveillance systems, there is a flood of new legal issues as to the implications these cameras have on student privacy laws. Parents, educators, and communities alike are in favor of finding ways to reduce crime, specifically gun violence on school campuses, but are unsure how to implement a system that works well for the security and safety of the students and staff without compromising personally-identifying information (PII) of students or even if these videos are considered part of the student’s permanent school educational record.

This is an era when children are accustomed to practicing ‘soft lockdown’ drills, which can be traumatic to students as young as 5 or 6 years of age and who are just beginning their educational careers. Will adding security cameras on campus or in the hallways to essentially spy on the children as they enter the building or pass between classes ensure school safety or create a bigger issue altogether? Many believe these cameras violate student privacy as, unlike other public areas, students are mandated by law to attend school. Other issues involve who has access to these records, the security of the footage, and what areas of the school are restricted from surveillance.

The US Department of Education, while mandating student privacy with strict penalties for failure to comply, has also been less facilitative in creative precise legal guidelines to help schools understand how to administer good safety policies while complying with these privacy statutes. Penalties for failure to comply with federal student privacy laws, otherwise known as FERPA, can be severe for a school district. It can mean losing all federal school funding for subsequent years as a result.

Federal privacy laws do place limits as to where cameras can be placed within schools. The US Department of Education has defined these areas as two-fold, areas where a student can expect some degree of privacy and areas in which the student is in an otherwise open public area of the school or school grounds. In other words, hallways, cafeterias, school grounds, and even buses are acceptable places for school surveillance cameras. Locker rooms and bathrooms are not.

The US Department of Education has mandated that student privacy and the confidentiality of educational records is an important part of the Federal Education Rights and Privacy Act (FERPA). The laws define what is part of the student’s educational records and how records may or may not be distributed. While many would argue that the language of FERPA is plain and unclear in some instances, being caught violating FERPA privacy laws can cost school districts nearly their entire operating budgets. A single violation found against any FERPA statute can lead the US Department of Education to pull all public funding from a school district for the following year. Schools have difficulty operating and educating students on their current budgets, to lose their primary source of funding could devastate a district, so complying or making decisions on the side of caution is generally in the best interest of the schools.

Surveillance video in schools can lead to other ‘gray’ areas, which have been less defined by FERPA. Schools are attempting to balance complying with the legal definitions of privacy while creating a safer educational space for both the students and staff alike. Keeping guns and other weapons out of the school buildings and away from children has become a priority when the number of mass shootings in school has risen significantly in the past several years.

Many schools understand the basics of surveillance cameras and the FERPA rulings as to where cameras may or may not be located within the building. But when dealing with the actual security issues, the challenges become tougher. When confronted with having video footage of several students breaking rules and there is a need for disciplinary action, what are the requirements set out in FERPA regarding the release and or storage of the video? The courts are consistently challenged with cases disputing the vague definitions of FERPA, and without leadership from the US Department of Education firmly defining the boundaries there will be continued flux and confusion.

Schools would be careful to remember that regardless of the type of information, video, audio, or document, the main point of FERPA is to protect student privacy and without written parental or student (over age 18) consent, nothing should be released unless it meets the following guidelines:

When these rules or guidelines are met for release, there is still the other students’ information that could be included in the same video footage. FERPA has made it clear that the same video or audio recordings can be made part of more than one student’s permanent educational record. However, before that information is released outside of the school district, such as for a parent or even a court order, only the student indicated is left viewable in the video. All other students’ faces and other identifying information is redacted from the video.

In cases where the redaction cannot take place without taking from the meaning or comprehension of the footage, then it is not released directly to the public, or to parents unless all parties have consented to its release. Otherwise, parents have the right to inspect and review the video on-site only, as it is part of the educational record.

For security purposes, schools can make the video available to state and local law enforcement agencies, including the juvenile justice system upon request. With the escalating threats of mass violence in the school systems, the amount of time to save lives may come down to just a few minutes. Response time is critical.

For these health and safety reasons, there is often a need for an immediate sharing of information from the school to law enforcement, or even medical or mental health professionals. It falls under FERPA’s health and safety emergency exception when the administration determines it to be necessary to share information for the purpose of helping or providing for the safe environment of a single student or the student body.

Certain states, such as Florida have codified parts of FERPA into state law so that interagency agreements can be more easily enacted. Many school districts large and small have such agreements with a variety of agencies, from the police to family and social services. In order to be of service to the school, most police departments require immediate access to information. This helps them to be able to do their jobs more effectively in screening for and ultimately de-escalating and stopping a threat if one did arise.

Some school districts still feel threatened by the possible implications of losing federal funding and believe that releasing information at this level of immediacy does not follow the guidelines. Some schools have set up specific interagency agreements that allow for the exchange of student information only post-arrest or pre-trial. Even then, this video footage is often redacted to only show the student in question and make only the requested student visible in the footage.

Video redaction can be costly and time-consuming. The chance for human error is great when doing redactions frame by frame because there is no way to be absolutely sure that each and every frame is completely redacted. Missing a single frame can release enough information to leak out what could possibly be embarrassing or criminal information on a minor and violate their right to privacy.

Schools have for many years faced the challenge of redaction by having large enough IT departments to handle the redaction of video or other redaction required. This too can be costly, when there are some video surveillance films that to be sure to redact them properly, a 5-minute film can take up to 50 minutes to redact. With possibly thousands of hours of footage filmed from different angles daily, a school could spend all its effort on video redaction.

Having a quality video redaction system that many school administrators, teachers, IT personnel, and more can be trained to use quickly and easily takes away the pressure from the administration regarding complying with FERPA, maintaining students’ private information, and also keeping their budgets for higher educational priorities.

Surveillance systems will continue to grow in and throughout society and our school districts. Safety, above all, should be the main concern when it comes to protecting the health and lives of children. Complying with FERPA, preserving students’ right to keep their private information and educational records safely, and holding on to their federal funding are also important so that children can continue to be served and educated in the community. To do it all, and do it well, CaseGuard video redaction software supplies the answers and the system that can do more than just redact video. Schools can use it to redact audio, redact documents, translate, and more. It is becoming an essential part of keeping updated, keeping records, and being able to meet any needs for distributing them appropriately.