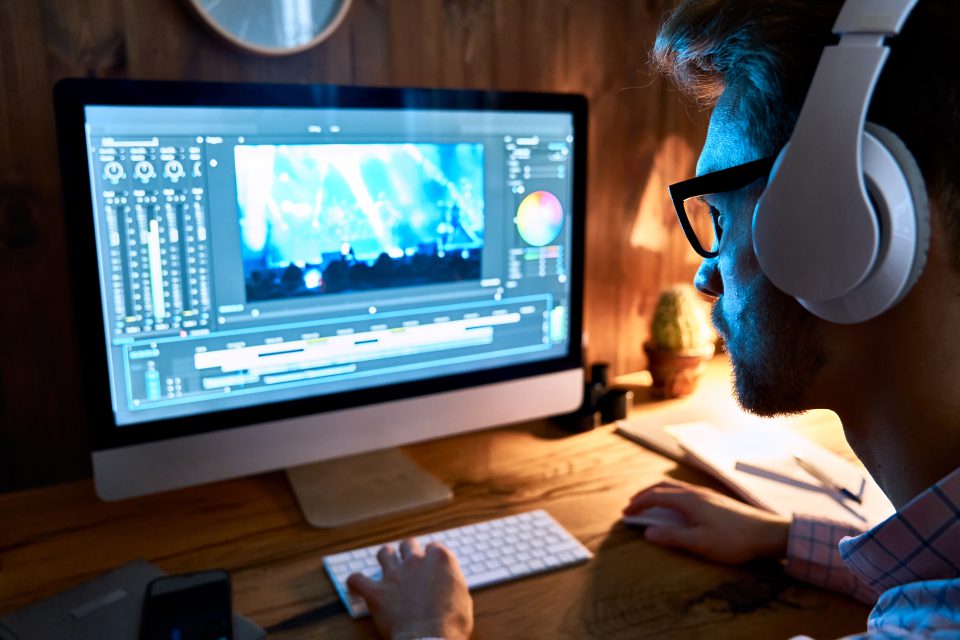 As online videos are being shared more than ever before due to the rise of social media platforms such as Instagram, YouTube, and Twitter, having effective video editing software can mean the difference between millions of potential views or impressions. While many people may be familiar with common video editing software options such as Adobe Premier, there are now many automatic machine learning video editors and enhancement software options available to consumers that will allow users to automatically edit videos in a matter of minutes. With these video editing offerings, consumers can now easily edit hours of video footage without having to spend an exorbitant amount of time and money. However, many people may still be wondering about the particulars of traditional video editing, from its definition to its applications. What’s more, consumers may also be wondering what the differences are when comparing traditional video editing to machine learning software.

Video editing is defined as the process of manipulating recorded video footage, most often for release to the general public in some form or fashion. Video editing is used to structure and format all forms of video content, ranging from television shows to the advertisements that run during commercial breaks. Many forms of raw footage will need some type of refinement, whether it be something as simple as color correction or the cropping of a video. Other common video editing functions include:

While all true video editing will be completed during the post-production process, not all of these processes, such as sound design or CGI, fall under the category of video editing. Contemporary video editing derives from analog recording or film splicing practices, in which audio signals are directly stored in some form of physical medium using mechanical systems such as the phonograph and phonautograph. While these analog methods were effective in delivering a quality end product, the process and costs involved made most video editing techniques impractical for the everyday working person.

As a testament to this fact, the process of editing videos in the 1950s often involved visualizing the recording track with ferrofluid, a liquid that is attracted to the pole of magnets, and then cutting this recorded track with a guillotine cutter or razor blade. The complications involved in this process hinges on the fact that analog recording practices function by replicating the original sound waves in recordings. As such, editing a single video could take days if not weeks due to the fact that the process had to be done manually. While splicing machines that could aid in this process were later developed, these machines were extremely expensive and difficult to use, restricting this form of editing almost exclusively to film students or professionals.

Due to the difficulty involved in the film splicing process, linear editing methods began to be developed in the 1970s and 1980s. Linear editing works by selectively copying one video to another through two machines that are connected together, with once machine acting as a source and the other machine acting as the recorder. While this form of video editing was easier to undergo than the film splicing process, a different set of complications arises during the linear editing process. This is due to the fact the film must be copied in a linear manner, making it almost impossible to go back and correct any mistakes or errors that may be observed at the end of the process. As such, a barrier of entry still existed in regards to consumers being able to engage in the video editing process.

Despite advancements in regards to digital editing, early video editing software offerings still required a certain level of expertise and skill to adequately use. Furthermore, there was a certain level of computer literacy that was needed to operate the machines that these software programs ran on. Additionally, these computers and software programs could prove to be very costly, as they were forms of technology that were very new to the consumer market in the early to mid 1990s. As such, video editing for the everyday working person did not truly become feasible until recent years, with the advent of automatic video editing software that took out much of the expertise involved and greatly lowered the cost.

What different types of video editing software are there?

With the rise of digital recording techniques replacing traditional analog methods, automatic video software options that could automate this process became more common. What’s more, the rise of smartphone applications has allowed for video editing software to be used via smartphones and tablets as opposed to only personal computers. The prices for these options will range anywhere from a monthly subscription to a yearly license fee, depending on the specific automatic video editing needs of the person or company looking to purchase the software. Common examples of video editing software include:

As artificial intelligence and machine learning techniques have pushed the boundary on what can be accomplished through technology, video editing software programs can now accomplish more than ever before. New machine learning features such as automatic object detection and video enhancement techniques allow for users to edit their videos in the most efficient manner as possible, by greatly lowering the level of skill needed to make edits to video content. Through these means, people in all types of business can now effectively edit video recordings and content without having to spend an excessively high amount of money or engage in a complicated or confusing process.

CaseGuard Studios automatic video redaction software can redact faces and personal identities within 360 video recordings in a fraction of the time as it would take to do so manually.

What is aerial footage?

Aerial footage, also known as aerial photography or airborne imagery, is defined as the process of taking photographs from some sort of aircraft or other form of flying object.

What is video compression?