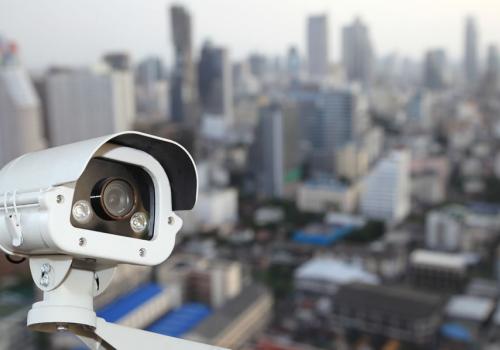 Many businesses, law enforcement, schools, hospitals, and security systems handle video input from a variety of sources every day. Handling video data can present problems for many reasons as difficulties present itself such as object occlusions, shadows, illumination changes, shaky, blurred or low-light night time video footage. When companies need to handle, store, or share data with third parties, information from video must contain redaction of personally identifiable information (PII). The quality of the video can have an effect on the ability to redact easily with many automated redaction systems, creating frustration or risking privacy leaks.

Concerns for public safety, as well as security and cost-effective law enforcement options have launched a new era of surveillance technology ushered in on a global scale. According to statistics provided by IHS (Information Handling Services), a global leader in providing research and information to businesses, 245 million video surveillance cameras were already professionally installed, in active use, and fully operational on a global scale in 2014. The majority of these cameras are analog based. Only around 2% of these cameras were HD CCTV cameras with an additional 20% estimated to be networked cameras.

Due to privacy laws, such as the General Data Protection Regulation (GDPR), the California Consumer Privacy Act (CCPA) and other federal and state privacy and data regulations, companies have a responsibility to protect data and the privacy of individuals within the data. Employees, consumers, general security, no matter who the data entails their privacy to some extent is most likely regulated. This includes video footage that can contain PII. This can include addresses, faces, license plates, or any other information that identifies an individual. Companies, government entities, and enterprises alike all use redaction software to protect the privacy of individuals and reduce the risk to the data they maintain.

Today, most people are aware there is a difference between analog and digital video footage. Even without knowing the details, they understand that technology has been moving away from analog as they shop for their big screen HD TVs. Both analog and digital video are transmitted through electronic signals. It can be audio, video, or both. The difference is in how the signal is transmitted and received.

If you could visualize the signals as a graph, you could imagine that it displays curves. Both types of signals can send the exact same information and give duplicate displays. The difference is in the minute details. Thinking of the graph, if you looked at the graph closely you would see that the curve of the digital signal is a smooth line. However, if you look at the analog structure, the same curve is displayed through a variety of minute steps or blocks of varying sizes.

The way this varied type of signal is accomplished is in how it is sent and delivered. Analog signals are sent via varying length pulses of varying amplitudes of electric pulses. This pulse format accounts for the block-like structure from the graph. Digital signals are also electric signals but unlike analog these signals remain on only two amplitudes and are translated into a binary code.

If digital signal is better, why then, are 78% of the working surveillance systems in 2014 analog? Three key features for many businesses were at the top of this decision, costs, bandwidth, and processing time. Analog video signal can be processed in real time. Digital processing, for a variety of reasons, may or may not be processed right away. Analog signals consume less bandwidth than digital, which allows corporations to save money and leave the bandwidth open for other business applications. The costs, overall for an analog system is low in comparison, and the information is easily portable. Digital systems have higher costs as well as being less portable due to file sizes.

CCTV are 2% of video footage in surveillance systems. These video systems are hardwired in to their receiver. The information, again is sent and received in an entirely different format than either analog or digital. CCTV uses what is called a 2:1 interlaced picture. The footage inputs and outputs are created through video created by a CCD or charge-coupled device. The CCD scans and outputs across and down exactly 312 ½ times, which is displayed on the screen. A second scan of 312 ½ will begin exactly ½ line down. This slight shift is also displayed as it interlaces with the first output to create the entire picture or visualization.

In law enforcement and other areas in which body worn cameras are used to collect data, video obtained presents unique challenges for redaction for both individuals and redaction software. In these cases, both the wearer and the object are in motion. This can create shaky or blurred video images with sudden stops or moments of clarity. The video could also be taken in low light or night time situations. With so many different scenarios for officers in the line of duty, there is no deciding principle or individual approach to resolve the issue.

Officers face dangers in their jobs, the BWC are there for their own safety, as well as for transparency to attest to what occurs. This could also mean video footage can be shaky for periods of time, such as while the officer chases a criminal on foot. There can be a great deal of blurring and movement during an arrest when the suspect decides to be difficult or fight back. As the video shakes and blurs, there can be moments that are stopped or still that capture images. The quality of the video overall can make it difficult for redaction.

Sometimes video captured by surveillance cameras are not optimal. The conditions for filming can be poor such as, low light, night time, poor perspective. Missing redactions in film due to low-light or dark video can even be dangerous. In law enforcement, poor quality video can have serious consequences, including life and death. Missing a single frame during the redaction process can give out someone’s identity which could possibly put their lives and their family’s lives in danger.

Many things can drive up redaction costs. The more time that redaction has to be handled by human hands and gone over frame by frame the higher the costs will be. Anytime the quality of the video is undermined, be it through low-quality analog, low lighting, shaky cameras, or diverse situations, the more likely the video will have some type of issue when a company attempts to use the majority of redaction applications. YouTube offers redaction technology but if the video is dark or of low quality it simply does not work.

Businesses realize their reputation is far too important to risk allowing a breach of privacy to use low-quality automated redaction technology. It can be difficult to know which to choose. There are also huge misperceptions between the public and corporations on the costs of redaction and redaction software.

An example of both the high costs of individual redaction and the confusion surrounding the costs of the redaction process can be found in a lawsuit filed in Blackman Township, Michigan. A local man sued the Northwest Community Schools in order to obtain video footage of an incident on the school bus. The judge ordered the school to distribute the video, and ordered the plaintiff to pay the redaction costs.

Northwest Community Schools received four bids to handle the redaction costs that vary from $3,000 to $13,000. The plaintiff has stated that these estimates are ridiculous and with today’s automation technologies, the redaction process should cost less than $100. He plans on taking the school back to court.

The school district has attempted to explain that the school buses are only equipped with analog surveillance and the film is of low-quality. Due to the poor quality the redaction processed will have to be done manually and could take up to three weeks. Their views are worlds apart, but the reality is that most automated redaction systems have trouble when handling low quality video.

The plaintiff was right in that automation has begun to change redaction applications. Even with the use of automation and A.I. most software systems can’t keep up with most problematic videos. CaseGuard’s intelligent video redaction system, however, is specifically designed to handle all forms of video, even shaky and low light video. Using A.I. and machine learning capabilities, CaseGuard’s system retains a dataset that builds upon itself but is already filled with various camera viewpoints. These viewpoints are meant to challenge the system by introducing all the types of image problems it may face.

The perceptive design of CaseGuard’s video redaction system contains algorithms that specifically target and search for human faces from all angles. The Annotated Facial Landmarks in the Wild (AFLW) is an example of a popular data set. This data set includes approximately 25,000 scored faces from real images. This set uses a variety of lighting, including low-light, human poses and occlusions which can make detection more difficult. A more recent FaceScrub dataset has been created from 100,000 images of more than 500 celebrities.

Perceived to be the best in intelligent design, CaseGuard has full functionality under a variety of circumstances. Its facial redaction system can be used to automate and redact entire crowds, or capture the sides of faces of all individuals in the footage. Not only does it contain a wide variety of image data sets, but it handles a multitude of video data sets as well. It allows the user to set the data points, object tracking, and a variety of redaction methods.

CaseGuard is a superior quality video redaction system that provides much more than automated redaction. Alternative benefits include document, pdf, and image redaction. Additional features include automated captioning, transcription and translation services. The enhanced features allow businesses and enterprises to save money because one software application can handle a multitude of tasks. It also saves on the costs of employee training. The biggest cost savings comes with the superior redaction quality and allowing companies to reduce the risk to their business, reputation, and their consumers.