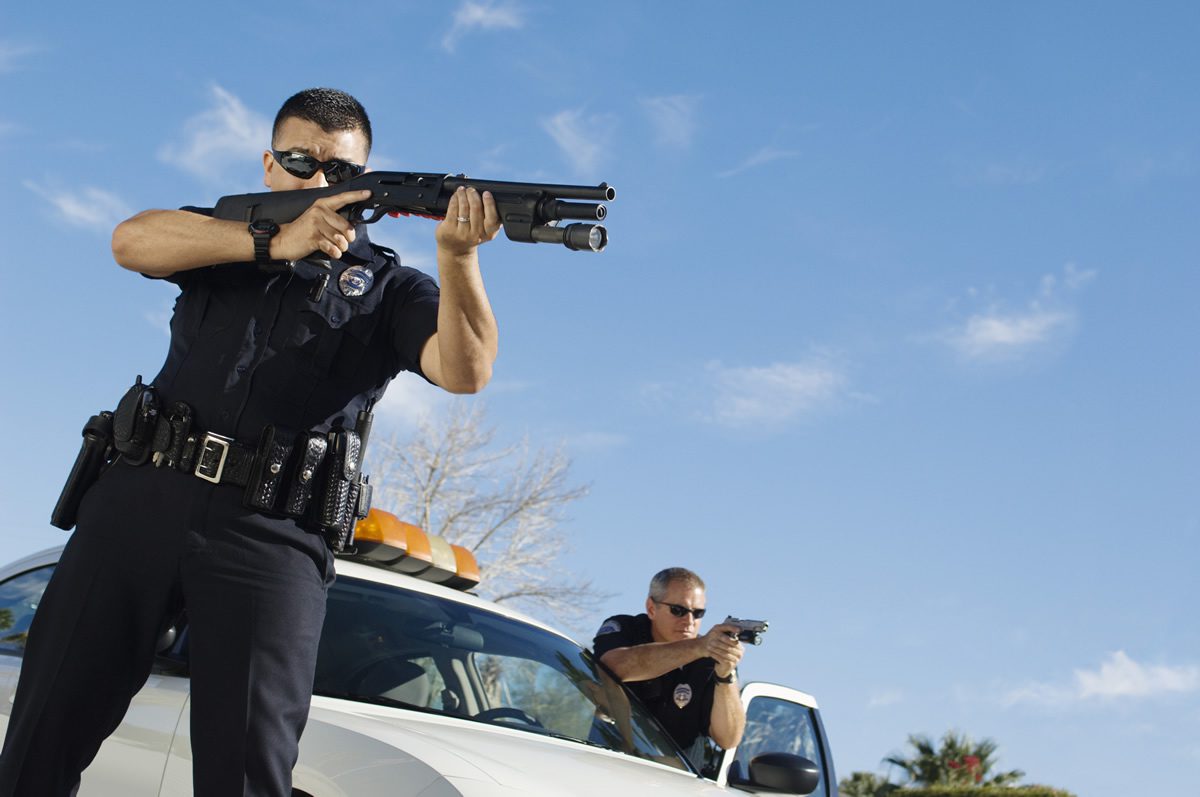 In our current social-political climate, decisions made every day by law enforcement officers are frequently questioned or criticized… Every action officers take while performing their duty becomes a public record and may be subject to civil litigation for years to come. Without question, hiring and retaining quality individuals is of paramount importance. Providing these individuals with up-to-date training & equipment with which to hone their expertise and enhance their safety must be an ongoing effort. After all, most officers on patrol work individually and may have to make split-second decisions that will impact, not only themselves and the persons immediately around them, but their entire agency.

Officer-involved shootings are major critical incidents intensely covered by the news media. Close communication with the agency’s Public Information Officer is key to disseminating only factual information that will not jeopardize the investigation or dampen the agency’s image. The following is merely an overview of some considerations law enforcement professionals need to keep in mind when confronted with a critical incident such as an officer-involved shooting:

The moment an officer discharges their duty weapon, a series of events is set in motion. A criminal investigation will ensue to determine the circumstances that led to the shooting and whether the officer(s) involved were justified in their use of deadly force. Some agencies will request another jurisdiction to conduct the investigation due to lack of resources, lack of specialized training, or conflict concerns, while other agencies are staffed with highly trained and experienced Officer-Involved Shooting Teams. Investigations of this nature are generally reviewed by the local prosecutor’s office. Therefore, establishing a response protocol with the prosecutor prior to a shooting event is recommended. A separate administrative investigation will also be conducted to determine if the officer(s)’ actions were within established policies and procedures.

Immediately following the incident, the on-scene supervisor should make every effort to separate the officer(s) involved in the shooting from officers not involved. The involved officer may elect to speak with an attorney before submitting to an interview with investigators. To protect the integrity of the investigation, it’s important to photograph, document, and collect items of evidentiary value such as uniform articles, firearms, and ammunition prior to releasing the officer. General photographs of the officer in uniform and detailed photographs of any scuff marks or tears may prove to be important. Likewise, if the involved officer was attired in plain clothes, this gathering of evidence will help to determine if he or she could be clearly recognized/identified as a law enforcement officer with lawful authority via an ID lanyard, badge, etc. prior to the shooting. All physical evidence and digital evidence must be entered into the agency’s digital evidence management software as soon as possible to preserve evidence integrity and precisely track its chain of custody.

In addition, thorough documentation of the scene itself is absolutely essential. Photographs of the scene should include the perspective of the officer(s) involved as well as those who did not engage in the shooting, as questions will undoubtedly arise as to why one or more officers discharged their firearms while others did not. Establishing the officer’s relative position and distance from the perceived threat, and determining shooting position is accomplished through witness interviews, physical evidence gathered, scene measurements, and bullet trajectory reconstruction. Photographs and subsequent scene diagrams should also capture the location and perspective view(s) of other persons involved in the incident, including obstructions or lighting conditions if the shooting occurred during hours of darkness. Officer-involved shooting investigations must be thorough and detailed. Processing the crime scene is only the beginning of the investigation and it will take many hours if not days to complete. Determining if attempts to render first aid and other life-saving measures were made by officers and EMS personnel are part and parcel of the investigation. Documentation of such attempts through the agency evidence management software has proven to mitigate civil liability.

Audio recorded interviews of all witnesses and bystanders are absolutely critical in high-profile investigations, even if bystanders declare they “didn’t see anything”. Audio recordings will allow investigators to better fit the pieces of the puzzle together. Moreover, they reduce the potential for bystanders to decide to give conflicting statements to the news media in exchange for five minutes of fame. In this day and age, we need to keep in mind that many people carry smartphones and have the ability to record and post/stream events through social media in real-time.

Strict chain of custody mechanisms must always be observed, but when there is controversy, we can expect the highest scrutiny. Utilizing sophisticated physical evidence management software that strictly tracks the chain of custody of an item of evidence from the moment it’s collected at the scene to its final disposition is one way we can proactively address chain of custody issues. Physical evidence software integrated with digital evidence management software with the capability to authenticate files and enhance images while preserving the original file can also be investigative tools for case detectives and prosecutors. Such systems enable them to retrieve and review images and videos with ease while strictly safeguarding digital evidence under a tight chain of custody controls.

Most police officers never discharge their duty weapons in the performance of their duty. However, it is incumbent upon all of us in law enforcement to prepare for such critical events before they occur. We can start by hiring and retaining qualified individuals with integrity. In addition, we can invest in them with up-to-date training regarding high-stress situations, with the best equipment and with the best evidence software for the job.