How Do I Transcribe a Video File Automatically? 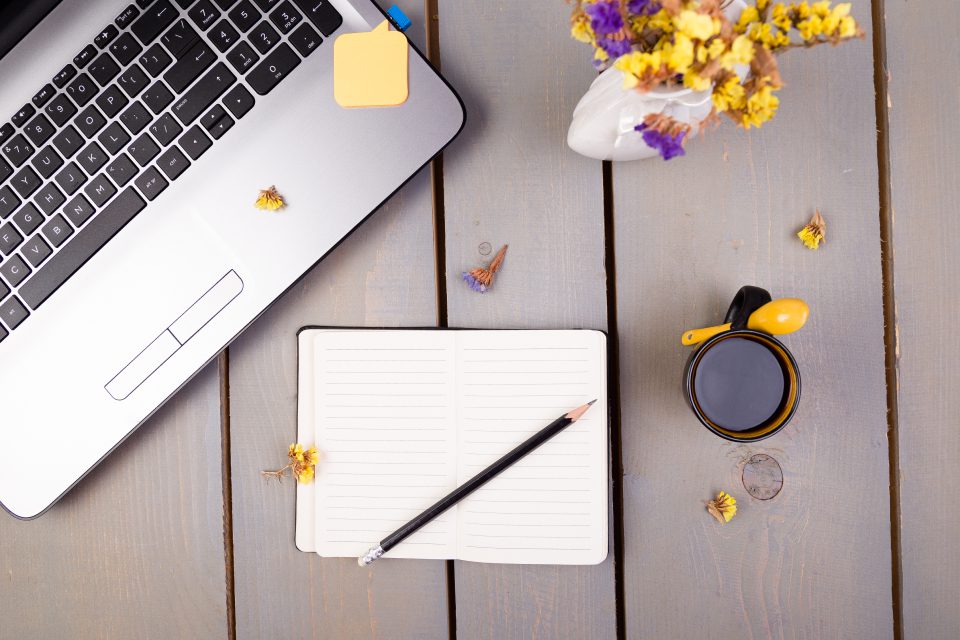 While human transcriptionists are still the most accurate way to transcribe a video or audio file into written form, there are now audio and AI video editing software options like CaseGuard Studio that will achieve the same results automatically within minutes. Moreover, these software options allow transcription in a multitude of languages including English, Spanish, Farsi, Hebrew, Japanese, and 31 more languages ensuring that users from all around the globe will be able to effortlessly transcribe their video and audio files. Additionally, these programs will underline any words that the software struggles to transcribe, and provide a confidence level for all words transcribed so that users can rest assured that they achieve the level of accuracy they are seeking before exporting the project.

In order to begin the process of automatic transcription, you must first start with an appropriate video or audio file and select a language that you would like to transcribe in. For our purposes, we will use an example of a citizen making a phone call to a 911 operator, as this call contains two people and is a brief conversation. After enabling the auto-transcribe feature, the software will begin the transcription process accompanied by a progress bar that will show the percentage of the job that has been done so far.

After the conversation has finished being transcribed by the software, the user will then have the opportunity to comb through the conversation manually to amend any potential mistakes. Any words that the system struggled to pick up will be underlined so that the user will be able to easily recognize them. What’s more, a confidence level will also be provided for each individual word in the transcription, so that it will be easy to identify how accurate the transcription was overall. Furthermore, there are miscellaneous options that will allow clients to customize their transcriptions even further such as changing font size, showing and hiding low confidence words, and showing whole words only. 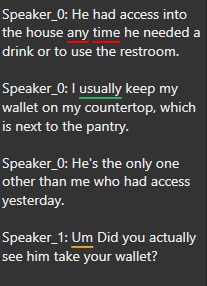 In addition to the transcription panel itself, many transcription software options will come with an analytics tab as well. This analytics tab will delve even further into the quality of the transcription, providing even more information concerning the transcription. As many machine learning algorithms struggle to pick up the context of a sentence that is being processed, this feature is very useful for not only assuring that the system accurately transcribed the words but categorized them according to the language in which they were spoken. For instance, in the 911 call example used above, the citizen who is calling is named Kent. While Kent could in theory also be the name of a city or municipality, the system does a good job of recognizing that Kent is in fact a name in the context of the conversation being transcribed. 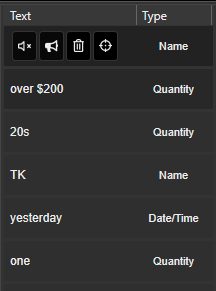 To give another example of the reach and scope of such analytics features, the software will do the same categorization for numbers. To illustrate this, phone numbers, addresses, and quantities can all contain the same numbers, albeit for 3 completely different uses. In the 911 example, the software is able to pick up the caller’s address, phone number, and quantities of items and discern them as being in 3 separate categories. Alternatively, there is also a burn captions to file option so that the transcription can be shown in conjunction with the video in the form of closed captions.

Watch the video below to see how using AI Video editing software will help automatically and accurately transcribe complex audio from a Senate Committee Hearing with multiple speakers, including Mark Zuckerberg. Then, see how easy it is to generate a printable transcript with timestamps and speaker identifiers.

Video, audio, and text annotation represent three of the most commonly used forms of data annotation used by software developers around the world.