From law enforcement and government agencies to public shopping centers, there are a wide array of circumstances under which a business professional may need to redact a video recording, whether it be to protect the personal information or privacy of the individuals in the recordings, or to maintain compliance with a particular law or regulation. With all this being said, CaseGuard Studio is an application that enables users to redact video recordings and content through a number of different means, including manual redaction, object detection, and automatic detection.

As the name suggests, the manual redaction feature within CaseGuard Studio gives users the ability to draw redaction boxes over physical objects that may appear within a particular video. For example, a security guard that works for a large retail shopping center within a metropolitan city may be looking to redact a child from a security video that has captured a shopper stealing items from a particular store. While the security guard in question would need to disclose the video in order to aid the store in bringing this shoplifter to justice, disclosing the identity of children under the age of 18 is forbidden, as these children cannot legally consent to have their identities shared with members of the general public. 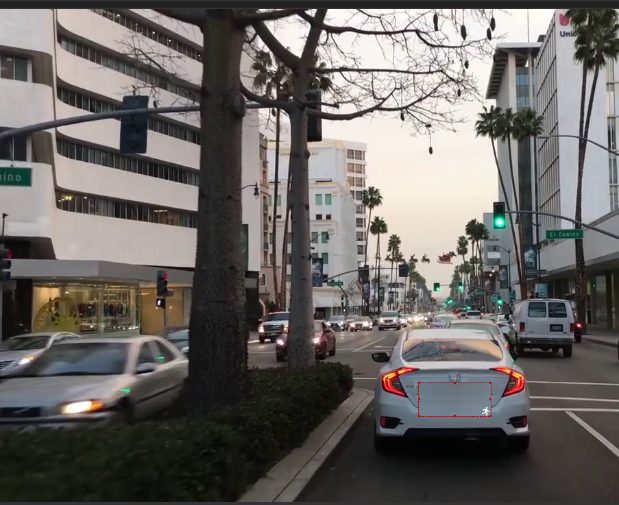 To this point, the security guard could use the manual redaction feature within CaseGuard Studio to redact the child from the video recording, ensuring that said security guard could release the video to the public. The manual redaction feature is ideal for situations where a user has a specific object that they are looking to redact in a video recording, such as a single child in a surveillance video. What’s more, this can be done using a host of shapes and redaction effects, such as the rectangle shape and the blur effect, as shown in the screenshot above. By left-clicking on the redaction box as the video plays, users of CaseGuard Studio can manually redact objects in a manner that is both straightforward and intuitive. 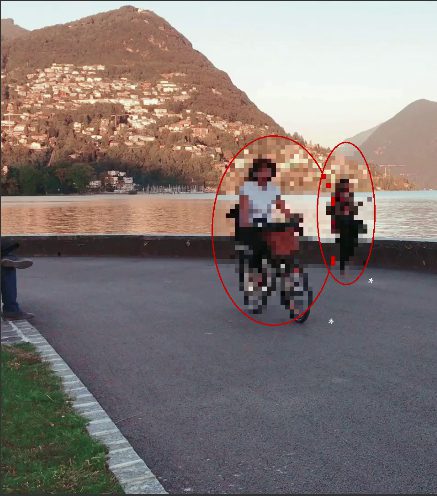 To illustrate this point further, consider a law enforcement officer that is looking to redact the car of an innocent bystander that was recorded on the officer’s dashcam as the officer was involved in a high-speed chase. As this car would undoubtedly be moving throughout the video recording, using the manual redaction feature to redact the vehicle could prove to be both tedious and time-consuming. As such, the law enforcement official could instead draw a redaction box using the object tracking feature, enabling them to track the object for the entirety of the recording without any additional effort. Much like the manual redaction feature, that can also be done using numerous shapes and redaction effects, such as the ellipse shape and pixelate effect, among others. 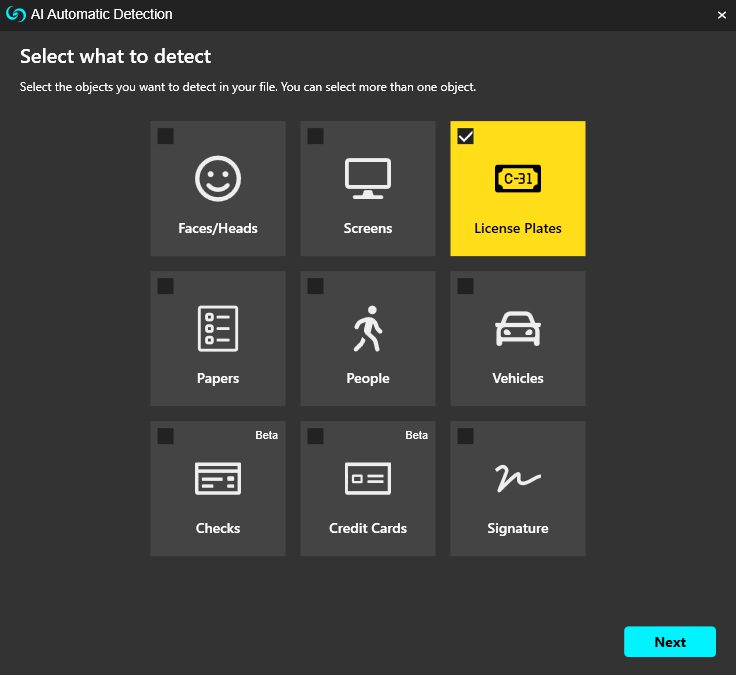 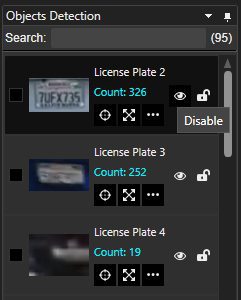 When navigating this feature, users of CaseGuard Studio will be able to select the objects they’d like to redact, the shapes they’d like to use to redact these objects, and the redaction effects that they wish to insert within said boxes. What’s more, after a user begins running auto AI detection, the objects that the system has picked up will be displayed within the objects detection panel on the right-hand side of the software. From within this panel, users of the software will be able to see all of the objects that the system was able to capture, frame by frame. Furthermore, users will have the ability to go to a specific detection within the video, as well as disable or delete it should the wrong object appear, as seen in the screenshot above.

Advancements in video editing and redaction software that have been made in the past two decades have allowed software developers to create programs that give users the ability to redact video content in a fashion that was never possible before. Subsequently, CaseGuard Studio provides users with several video editing and redaction tools that will provide them with the support needed to obscure or remove people and physical objects from video recordings, whether it be for the sake of compliance or another applicable legal obligation. In this way, the team at CaseGuard Studio is dedicated to providing consumers with the most innovative and cutting-edge redaction features that are currently available on the market today.

How to Create a Video From Images in CaseGuard Studio

Follow the steps outlined in this article to create a video out of your images using CaseGuard Studio’s numerous video editing features.