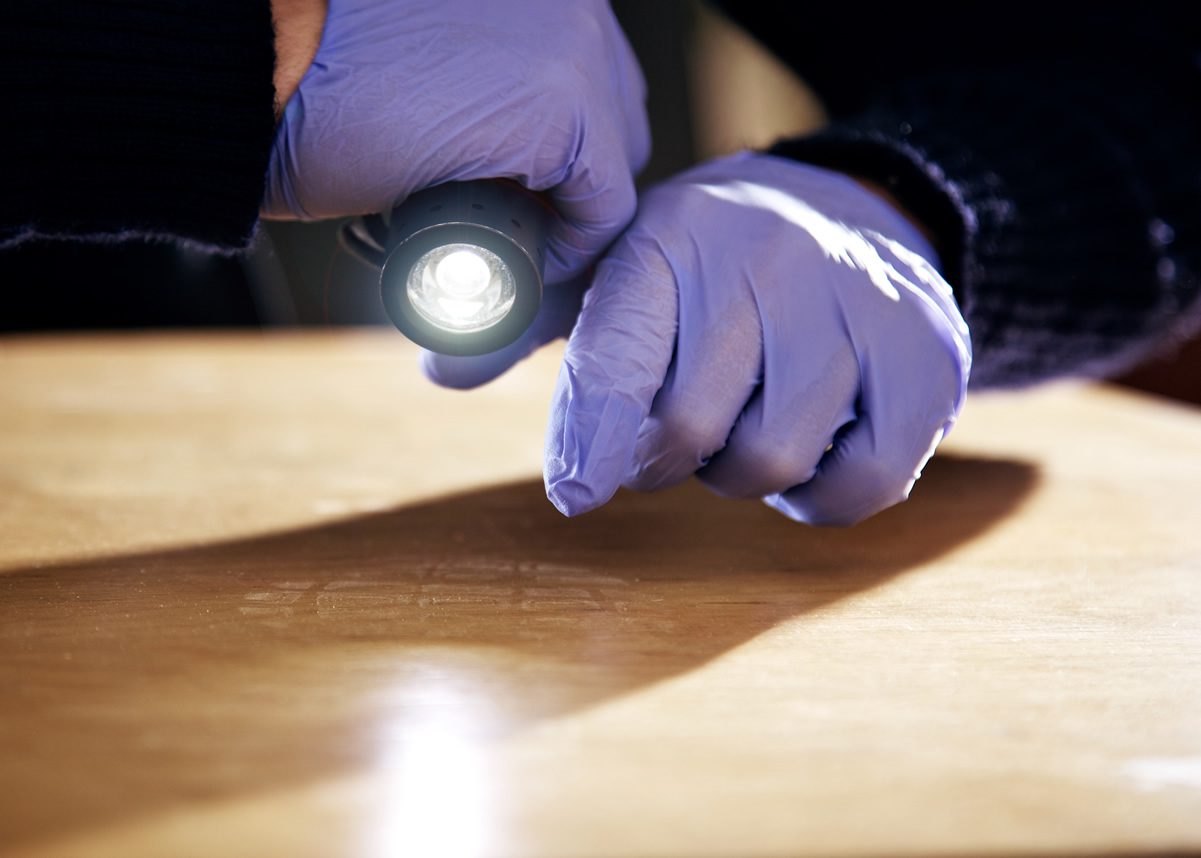 At one point or another, many of us have responded to a 911 call as the primary officer, responsible for managing the scene and delegating responsibilities. Once the scene is rendered safe, and victims have been evaluated and treated by EMS personnel, securing the crime scene as soon as possible rests at the top of those responsibilities. A good rule of thumb is to start big; once the area has been cordoned off with crime scene barrier tape, it is immensely difficult to expand. The type of crime, its location, and weather are all factors that must be weighed when we are processing any crime scene. Photographs taken at the scene should be entered into the digital evidence management software as soon as practical.

The old adage, “Do it right the first time,” must be given some consideration; it is true we must do it right, however in our chosen profession, we don’t get a second chance. Depending on the seriousness of the incident and available resources, the primary officer may direct this effort with the assistance of crime scene technicians or call out detectives who will eventually take over the investigation.

Shoe impressions found at a crime scene are crucial evidence and must be preserved in general photographs as found (undisturbed) as soon as possible, particularly during inclement weather. Detailed photographs along with measurements can be taken after the impressions have been labeled with alphanumeric markers. Photographs should depict the overall scene in such a way that patrol officers and detectives can review the case with ease and better recall the layout of the crime scene and chain of events. Shoe impressions can demonstrate that a defendant was at the scene of the crime if the evidence is properly preserved, collected, and documented. A person’s shoes can tell us a story; it is possible to match the impressions to a specific shoe, size, and tread wear, as well as the direction of travel and whether the person was walking or running. Once a particular shoe is matched to impressions documented at the scene, it may yield trace evidence, including hair, fibers, or soil transferred during the commission of the crime.

Some digital evidence management software can facilitate the completion of a crime scene photo log. Hundreds and perhaps thousands of photographs taken at a crime scene are no longer the exception. Still, the rule and the public’s expectation of how we do business are more demanding, so it is incumbent upon us to keep the bar high. As law enforcement officers, we understand the burden we are required to meet in a court of law to prove “beyond a reasonable doubt” that the defendant committed the alleged criminal act. Processing a crime scene and “doing it right” can only be achieved if we take the correct approach every time without exception.

Evidence that is properly preserved and collected is difficult to challenge in court and will stand the test of time. Crime scene photographs should be logged into the digital evidence management software in a manner that will enable officers or detectives the ability to retrieve and review them in furtherance of the investigation and preparation for trial.