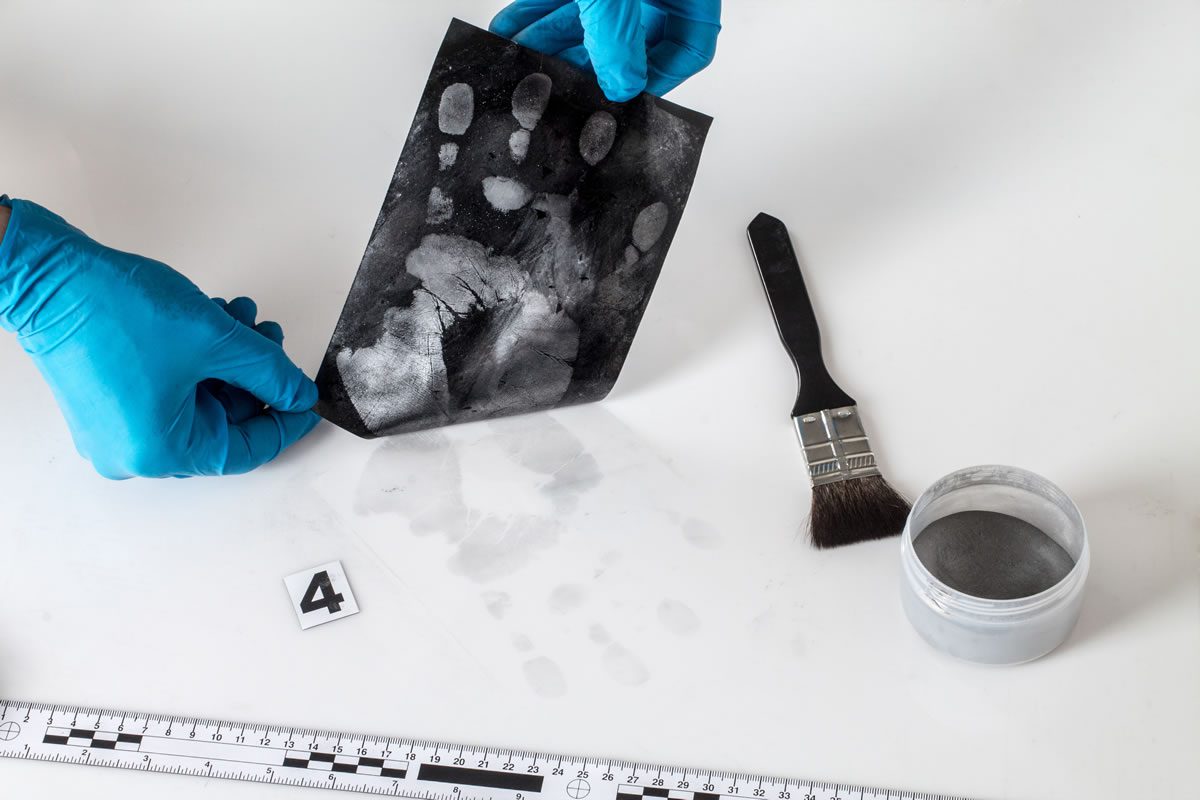 Despite the nail-biting drama of forensic television shows, crime scene investigation is not all that television and movies make it out to be. These types of shows have stirred a great deal of interest from the public and the criminal element alike. The science being used to solve a crime in less than 60 minutes creates the idea that forensics is as easy as looking through a microscope and getting excited each time you can say, “Match!” Criminals try to pick up clues, thinking they’ve learned all there is to know watching TV on Saturdays with a 6-pack, to get away with their next crime.

Professionals will tell you that nothing is what it seems. Crime scene investigation or “processing a crime” is a long, arduous job that involves tedious documentation and careful collection of the evidence. For evidence to hold value, that documentation and detail must follow the chain-of-custody as each piece is sent to various labs for analysis. As a first-responder, CSI, law enforcement officer, or crime scene specialist, your reputation is your value. Putting your name on the line, you want to know that the very best reporting system is being used to track and protect your evidence trail. These reports, along with the evidence and lab analysis, are what courts look at when making deciding to admit or denying evidence at trial.

During the collection process, an officer goes through great care – collecting blood, brushing for fingerprints, or even using tweezers to lift a piece of fiber. That care should not be lost to a lousy reporting system, failure to maintain chain of custody, or even junk science. Some forensic testing has recently been shown not to have followed the scientific method and has put innocent victims behind bars. It helps to learn more about these types of forensics, how they are viewed, and how collection processes influence court proceedings.

The Collection of Fingerprints

When evidence is used in a trial court to identify a suspect, it comes from fingerprint evidence left behind. According to Forensic Resources, which is maintained by the North Carolina Office of Indigent Defense Services, the defense attorneys need to know and understand that fingerprints “are far from a perfect science.”

What Type of Print Is It?

While searching a scene, as in any crime television series, some fingerprints are glaringly obvious, and others take a little more work to locate. The type of print left behind can often define the amount of work needed to find it.

Crime scene investigators generally divide the search for prints into a two-phase process. The first step is to identify the location of visible prints, the patent, and plastic prints. Investigators often will use a flashlight to focus on different areas to be able to look more carefully. The second step is to search for those invisible prints, the latent prints. An investigator will look for items that may have been disturbed during the crime.

Depending on the type of surface being searched, this determines the kind of technique used by investigators. Just like the crime shows, there is powder and brushes to dust to pull up invisible prints. However, there is more to it than that. The powder’s color should be visible, so choosing a light or dark powder to contrast with the surface color is essential. Using a dark black powder on a black surface just doesn’t make sense.

Another thing for the investigator to consider is the type of powder. On judging the surface type, and using their knowledge and experience, the decision on types of powder for the process resides on their shoulders and can impact the lifting of the print. Fingerprint powder contents can vary, white being more chalk-based, or black being more graphite or charcoal-based. Some specialty powders contain magnetized ingredients.

Attorneys, prosecutors, and defendants should take care to find out about the actual collection process. The technician collecting the prints should use disposable brushes. If a brush is reused, trace amounts of DNA evidence can be transferred unwittingly, even within the same crime scene.

Another way to collect prints from a scene or evidence is from superglue fuming. Superglue fuming is the process of heating superglue (liquid cyanoacrylate) and allowing the gases to stick to the oily residue that composes the hidden print. This process can be done at the lab or even at the crime scene. However, if fuming is done for too long, the print can distort and is not recoverable. A distorted print can lead to faulty results.

Other types of fuming can be used, including the use of iodine, silver nitrate, and ninhydrin. Each has benefits for specific surfaces, but also their drawbacks.

As would make sense, the type of surface that a forensic specialist is studying can make the difference as to the viability of prints. For example, a fingerprint can, at times, be lifted from human skin. A crime scene with a body may be looked at for prints. One of the difficulties in finding the print is that the same residue that creates the print also resides on human skin. Another problem is that the print residue, being oily, will become absorbed, which can blur the print or make it disappear entirely. On the skin, generally speaking, the time frame for locating a valid print is under two hours. Other difficult surfaces are those with textures, such as golf balls, or brush strokes in a painting. Rough surfaces make it difficult, but it is not always impossible.

Photography and Lifting of Fingerprints

Lifting a print, as seen in crime television, involves using tape. The process is generally used on flat or round surfaces. It is a specialized rubber tape that is applied to the print, and then another object such as a horizontal ruler is gently swiped across the top. This process is to ensure that no bubbles or ripples appear in the final lift of the print. Once removed, a plastic cover is placed over the adhesive side to protect the print’s integrity. All identification and descriptions are then written on the back of the tape card. This information should also be made a permanent record in the forensic evidence software that will maintain records, such as the chain of custody of all evidence as it goes through processing.

Now that the fingerprint evidence has been retrieved, they are then studied by forensic experts and compared to known prints for analysis. It includes an examination of friction ridge classification. The examination of the print follows the ACE-V method.

ACE-V represents Analysis, Comparison, Evaluation, and Verification. ACE-V is the standard process of comparing a print to a set of known prints. According to the Examination Process, “ACE gives the expert specific phases of examination that can be used to document the perception, information-gathering, comparison, and decision-making that takes place during an examination of prints.”

Courts determine that evidence must follow the scientific method. The scientific method includes multiple steps of observation, forming a hypothesis, experimentation, analysis of data, and developing a conclusion based on the results. ACE is the forensic attempt to examine prints and form a judgment in a way that is following this method. In terms of the scientific method, ACE observes the print, forms a hypothesis about the source, and experiments to determine if there is an equivalency. Once determined through analysis, a conclusion is made based on the results. Retesting by another forensic specialist with the same conclusion handles the verification process.

A system called AFIS or the Automated Fingerprint Identification System has been created to match prints in a given database. This system is what is usually demonstrated when watching crime television.

We sit on the edge of our seats, biting our nails waiting for the forensic analyst on the television screen to look up from their microscope to see their computer screen has stopped running and declared a ‘match’ to a fingerprint and the ‘perp’ is going down. We’ve been taught that since we were children and Matlock was the TV detective, once they have matched a fingerprint, that is it. We may have all been deceived.

According to the American Association for the Advancement of Science, a recent study indicates that “any claim of precision in identifying a specific person from a fingerprint is “indefensible” and has no scientific foundation.” The report continues to refute latent print evidence specifically. “We have concluded that latent print examiners should avoid claiming that they can associate a latent print with a single source and should particularly avoid claiming or implying that they can do so infallibly, with 100% accuracy.”

The report, “Forensic Science Assessments: A Quality and Gap Analysis,” reflects upon weak areas in the processing of fingerprint evidence. It also includes at least 14 specific recommendations to improve the process or correct fallacies. The report claims that a forensic examiner can rule out the vast majority of the population, but to say that it identifies a single individual is false. There is “insufficient data exist to determine how unique fingerprint features are, thus making it scientifically baseless to claim that analysis has enabled examiners to narrow the pool of sources to a single person.”

When law enforcement is processing evidence in an attempt to solve a serious crime, all efforts must be made to find the right individual. It is true that when all ten fingerprints are matched, there is likely a chance you have the right person. The problem is those crime scene investigators, very rarely come back with a full set of prints. The reasoning would declare, that unless every person on the planet is being.

The results are that fingerprint science is indeed faulty. Prosecutors, defending attorneys, and defendants should be aware that there is no such thing as being “positively identified” by prints, and the investigators cannot testify with certainty based on the print. There are simply too many problems with the current analytic process that does not meet the scientific method standards.