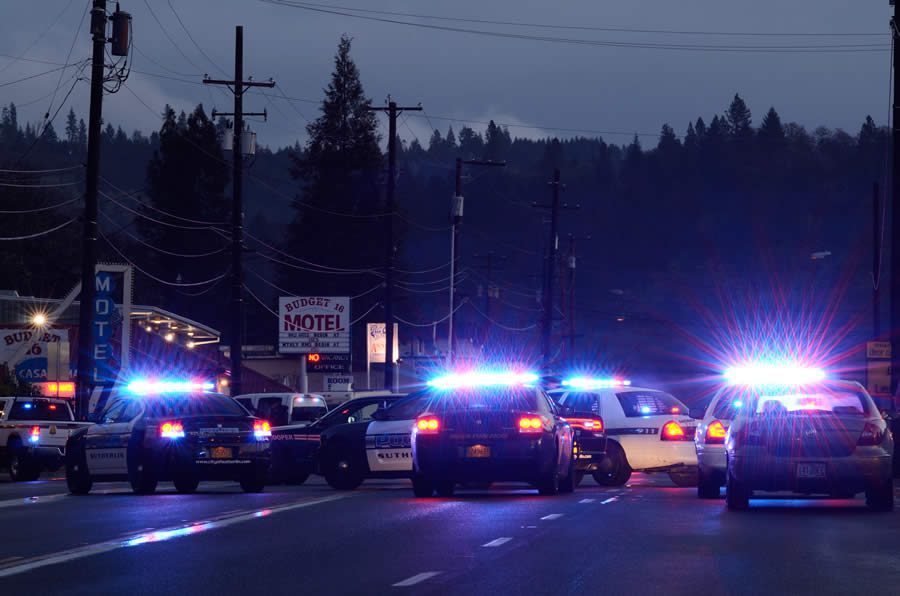 Any scene that law enforcement responds to has the possibility of physical evidence of a crime being present, either related to original reason that brought them to it, or related to another, previously undetected crime. And there can be an especially difficult decision made by officers about their role when they arrive on a scene, and there is no immediate activity taking place. This is likely a policy topic at your agency, but our aim today will be to discuss in general terms, what officers should be doing to secure a scene and/or evidence in a few typical scenarios.

One scenario that leads to a lot of confusion on a scene is when another officer has used force to end a threat, what should responding officers do after that force has been deployed. While instinctually the idea to ensure the safety of the other officer, and to talk about what happened, the first step is overall scene safety, the safety of the officer, the safety of other parties. Then, rather than discussing the incident, if the safety considerations have been evaluated and are taken care of, we need to decide if there is a potential crime scene. For this article, we’ll assume that there is.

Officers need to decide what area constitutes the potential crime scene, and mark it off with scene tape, to limit access to the area. In many cases, officers on scene are not making decisions about what is evidence and what is not, however, it is useful for officers to write down what they’ve witnessed, what evidence they did see, and where it was located.

Officers that are in this position can expect two things: that their statements will likely be asked of them as soon as investigative personnel arrive, and that they will be doubling as scene security. Being in the position of scene security means that the original area taped off, may need to be expanded, or contracted, depending on what investigative personnel find at the scene. Additionally, officers should have sign-in sheets for people entering and leaving the scene, with appropriate blocks for date, time in and out, name, title, agency, activities taken, and any evidence or property they have removed from the scene.

One officer should oversee this security detail, if not a supervisor. After the scene is searched and all activities have been completed, the sign-in paperwork, and any other field documents needs to be gathered by one officer who is responsible for turning it over to either investigators, or supervisors, depending on the process within your agency. The scene should only be broken down once investigators have concluded that they’ve reviewed it in its entirety. And of course, whatever evidence was retrieved from the scene, needs to be entered to temporary storage, if that task was not already done on an as-needed basis.

Assisting with Processing Evidence at a Traffic Stop

Traffic stops sometimes turn into rolling crime scenes, of either active crimes, or a contained scene of crimes from the past. In either scenario, there is some basic considerations for officers that are responding should take into consideration. First things first, the primary officer, the one who made the stop, is in charge. Unless they are relinquishing the stop to investigators, or a supervisor, it’s their stop, and their scene. Next, whomever is in the vehicle needs to be removed, processed for their role, and handled accordingly, whether they are to be arrested, entered as a witness, complainant, uninvolved party, or a person of interest. Once all the people involved in the vehicle are processed and removed from the vehicle, it’s time to get involved with processing the vehicle. It is best practice to place evidence tape on all openings of the vehicle, and tow the vehicle to an appropriate location for searching, such as an enclosed garage. When doing so, the primary officer should follow that vehicle for the entirety of the tow to the location, and it’s also a best practice to run a dash camera during transport so that it can be proven if necessary, that no tampering occurred with the vehicle. Other responding officers should take responsibility for transporting the people from the vehicle to the desired locations, within reason. As an example, let’s say there are five people in the vehicle, and the primary officer has identified two as suspects in the crime discovered, and the other three had no knowledge. Then it would make sense to have two officers transport the three-uninvolved people to a local destination, and return to the scene quickly, to assist in transporting the two suspects. If you have more personnel available, then it makes this scenario much easier to manage.

As with processing a crime scene, our primary officer should be in control of documentation that indicates which officer searched what area of the vehicle, with the previously mentioned data as the crime scene security sheet. In this case, significant results should be the focus of the documentation, such as evidence of the crime(s), but also high-dollar items that are going to be held for safekeeping, items being removed that will be immediately returned to owner, and other similar statuses relating to property and evidence.

At the conclusion of the search, the primary officer needs to obtain all documents, organize them, and receive narratives from each officer who searched, detailing their activities and the same results found in the log. Once completed, the primary officer can type their report for the case, submit the report and all attachments to their supervision, and reseal the vehicle if necessary, and have the vehicle towed to the impound lot, if applicable.

The nature of a patrol officer’s work means that they are responding to calls of a wide variety. With that, they may walk into a business, a residence, a city park, for one reason, and wind up finding evidence of a completely different crime once there. It could be as typical as going to a loud neighbor call and finding the residents using narcotics, to the extreme of checking on a person laying down on the sidewalk, and they turn out to be a murder victim. No matter the circumstances, any officer will find themselves in a situation where what was reported is totally different from what they find.

As different as it may be, it shouldn’t change our process. Once the evidence of the new crime has been established, it’s time to take the appropriate actions to dealing with that evidence. Is it a fully sophisticated crime scene that needs to be secured? Is it a handful of items related to a previously conducted investigation? Whatever the circumstances, policy should dictate what happens so that there’s no questions about how to handle the evolving scene. While it may be obviously clear in the other two scenarios, it should be re-emphasized in this instance that the officer is required to notify their on-duty supervisor. If the supervisor feels additional officers are needed to process the evidence, that decision can be made rapidly, and then following our process of logging who arrived at the scene, what they did, where they did it, and what the results were should be standard practice. The officer that located the evidence should be the officer in charge of all evidence, and all evidence and documentation should be handed over to them for transport and reporting. Again, assisting officers should be typing narratives about their activities, discoveries, and results that coincide with the personnel logs already written and recovered. At the same time, if people need to be detained, arrested, written into reports, and so on, those decisions can be made as the scene is processed in full, or at any time during processing.

Once all elements have been satisfied, it’s time to get evidence transferred to temporary storage, and reports completed.