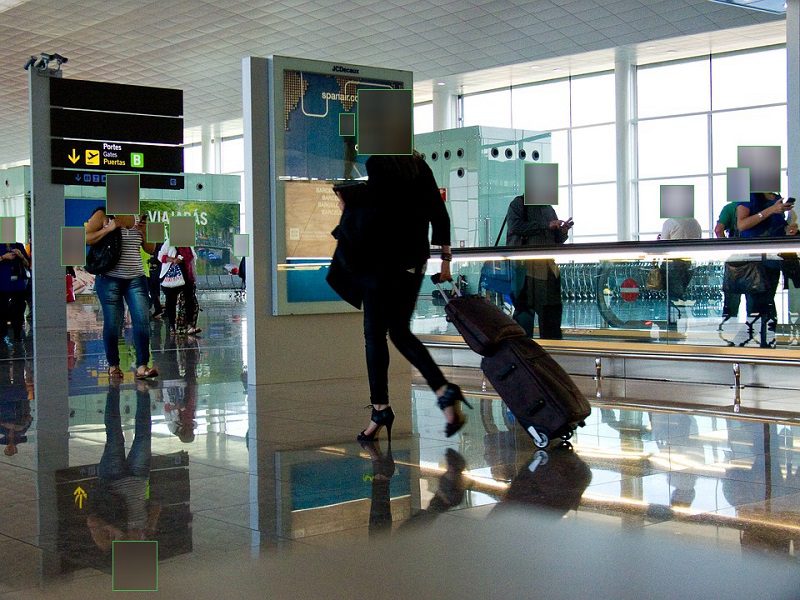 According to data collected by the United Nations World Tourism Organization (UNWTO), an estimate of 1.45 billion people traveled in 2019, and it estimates that the number will rise to the north of 2 billion in 2020. With the number of travelers increasing, airports are under enormous pressure to ensure that passengers are processed and screened both securely and safely. Since the turn of the new millennium, due in part to the number of people choosing to travel and in response to the subsequent emerging threats, airports worldwide have significantly increased security and surveillance measures, primarily through the implementation of advanced video surveillance technology. AI-powered cameras and machines are operating as virtual security guards in airports around the world. In fact, in the opinion of the multinational information technology company, SITA, almost 80% of the air transport industry is planning to implement artificial intelligence technology by 2021. It is expected that this will improve security, which could mean a more secure traveling experience for the traveler.

Artificial intelligence is defined as the intelligence demonstrated by machines enabling them to perform human-like tasks, such as facial and speech recognition, decision-making, and the translation of languages. Research into AI is conducted to create technology that allows machines to function effectively and intelligently. Advancements in artificial intelligence are accomplished through the use of training datasets. Datasets are a collection of data. In the case of AI, datasets are used to teach the machine to recognize things: this works by providing the system with a set of labeled photographs and videos. For example, if researchers want to train it to differentiate different breeds of dogs, they would need a large inventory of images of all the different dog breeds with labels. Similarly, for it to recognize normal behavior and distinguish it from abnormal behavior, pictures would have to be provided with both labels and context. AI systems improve as more information is added into them; by combining large amounts of data with intelligent algorithms, the machine can learn from patterns it observes and revamps automatically through experience.

AI-powered analytics are training computers to monitor surveillance cameras. Here’s a look at how artificial intelligence is being utilized in airport video surveillance:

The Future of Artificial Intelligence

The future of AI- analytics is bright. Researchers are currently working on not just training computers to monitor human behavior but also to comprehend human life and interactions. Here are what AI-camera systems have in store for aviation security.

Consequences of Artificial Intelligence in Cameras

Here are five problems that AI surveillance will cause:

As the aviation industry continues to embrace the advantages of artificial intelligence, protective actions need to be taken to prevent the grim consequences of AI video analytics. The data collected by AI-powered surveillance systems should be regulated by practices that ensure reliable privacy protection. As this field grows, policymakers should focus on creating laws that strictly govern the sharing, retention and destruction of information. Information that is not deleted but retained, however, must apply audio and video redacting software tools to conceal the passenger’s identity.

The redaction of audio and video recordings protect the privacy of both the passengers and airport staff. Automated redaction software utilizes artificial intelligence to obscure sensitive information, such as faces, voices and travel documents. Laws that restrict access to the types of data collected from government and private sector agencies should also be put in place; this prohibition from accessing and retaining (or even purchasing) would be a mechanism to prevent abuse of private information, as well as the collection of passenger data for marketing purposes. Additionally, due to the fact that AI-powered video analytics have shown discriminatory behaviors, they should be annually subjected to independent testing and review by expert researchers to identify unintentional biases, ensuring algorithmic fairness and transparency.

Although artificial intelligence-powered surveillance technology such as behavior and face recognition and body scanners may be unsettling to some, they are needed in the effort to prevent potential life-threatening incidents and ensure passenger and staff safety. With the application of artificial intelligence and their capabilities, the aviation industry will eventually be able to strengthen its security to impenetrable levels, enhancing its protection without compromising the experience and enjoyment of the traveler. But to avoid a privacy violation catastrophe, it must also invest in measures such as video and audio redaction software that will reduce the harmful consequences of artificial intelligence.