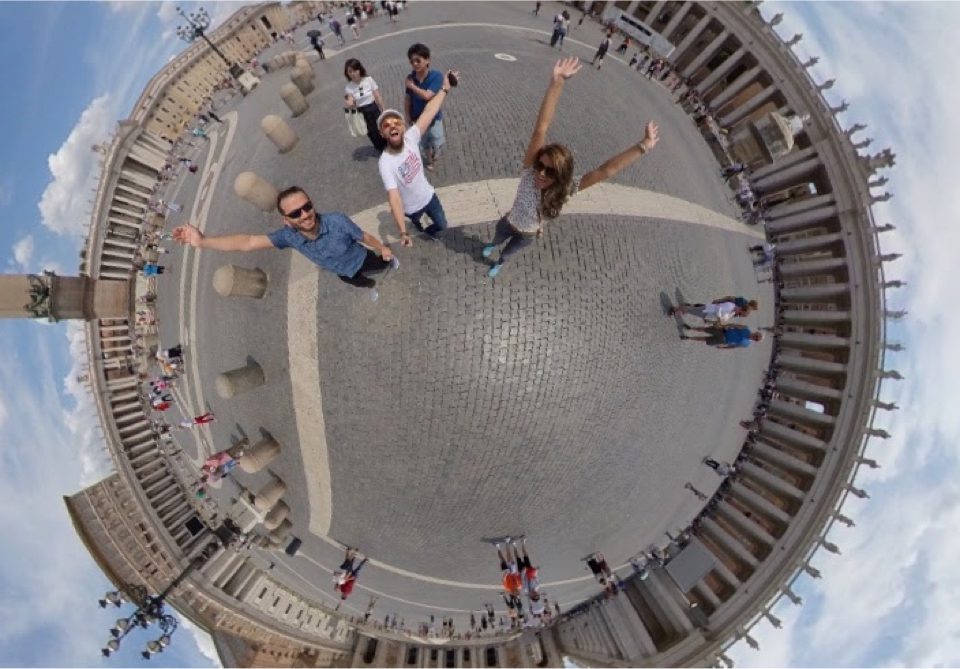 While video recordings have opened the door for new technological advances as well as an increased level of transparency with the public, such video recordings also bring forth new challenges in terms of redaction. As the personal identities of individuals contained within video recordings must be redacted before being released to the public, many businesses and organizations in recent years have struggled to find redaction solutions that are both comprehensive and effective. As the process of manually redacting videos can be both tedious and time-consuming, solutions that can perform this process automatically are very much needed.

To this end, CaseGuard Studios’ automatic video redaction software can redact faces and personal identities within 360 video recordings in a fraction of the time as it would take to do so manually. This ability hinges on the use of  AI automatic detection features. These features allow the software to automatically detect a variety of objects that may be contained within video recordings. These features make use of machine learning techniques and artificial intelligence to automate a process that has traditionally been accomplished by hand. As such, redaction projects that once presented enormous challenges can be effectively solved.

Why is it so hard to redact faces and objects in 360 videos?

The reason why it is so hard to redact 360 videos is the same reason why they have so much appeal in the first place: these videos are able to capture an unbelievable amount of footage from a variety of angles in such a short amount of time. While traditional video recording and editing techniques have focused on a single camera focusing on a single subject, 360 video recordings are instead shot using omnidirectional cameras or a collection of cameras. As such, 360 videos are able to cover a wider range of subjects and images in a shorter amount of time than it would take to do so with a traditional camera.

Move your phone or mouse to see around while the video is playing.

Furthermore, 360 videos can also be viewed in a variety of ways. While 360 videos can be viewed on popular social media websites such as Facebook and Youtube in 360 formats, these videos can also be viewed via VR or virtual reality devices such as the Oculus Rift or HTC Vive. However, as the name of these devices suggests, the format of these videos would instead be virtual reality, setting forth yet another challenge in terms of redaction.  To exacerbate this problem even further, as 360 videos are also shot using 4K resolution, such videos will take longer to process than videos that are shot using a lower resolution In this way, it is made apparent that a human being seeking to redact such video recording manually would be a near-impossible task. As such, automatic video redaction software is the only feasible answer.

How can I redact 360 videos using CaseGuard Studio?

When looking to redact 360 videos using CaseGuard Studio, users should opt for the automatic head/face detection feature. This feature will allow users to redact objects within six distinct categories including faces/heads, screens, license plates, pieces of paper, people, and vehicles. Selecting any of these objects from the automatic detection pop-up window as displayed in the screenshot above will allow the software to automatically place detection boxes over all instances of said objects appearing with a video recording. These detection boxes can take the form of five distinct shapes as well, including rectangles, triangles, circles, ellipses, and diamonds.

For example, take a 360 shot across a variety of busy streets within a metropolitan area from the perspective of a person riding a bicycle. Due to the nature of 360 video recordings and the speed with which said the video would be moving due to it being shot by an individual on a bicycle, this video would contain tens of thousands of different video frames. Additionally, due to the metropolitan nature of the area in which this video was recorded, there would also be a variety of faces and license plates that would also have to be redacted before this video could be released for public viewing.

In keeping with this example, a user looking to redact 360 videos would opt for automatic face and license plate detection within the automatic detection pop-up window. There are also a variety of redaction effects that can be applied to detection boxes within CaseGuard Studio, including popular options such as blur and pixelate. For instance, a user could opt for the ellipse shape and pixelate effect for the purposes of redacting faces from the 360 video recording, as the ellipse shape is ideal for face and head redaction, while the rectangle shape and blur effect could be used to redact license plates from the video, as the rectangle shape is obviously the same form as license plates. Users can also adjust the level to which they’d like these effects to be applied within the detection boxes that are automatically placed within the video.

After a user has selected a shape, a redaction effect, and the level to which they’d like to see this effect applied within their shape, they can then begin the automatic video redaction process. As 360 video recordings will contain tens of thousands of frames containing personal information that needs to be redacted before being released to the public, processing such videos can take several hours. As such, users can also make use of CaseGuard Studio’s schedule feature when looking to redact 360 videos. The schedule feature within CaseGuard Studio will allow users to schedule their redaction work for a time in the upcoming future, such as 6 to 12 hours in advance. In this way, users can still perform redactions when they are not physically at work or in an office.

After a 360 video is processed using CaseGuard Studio’s automatic video redaction software, users can then use the object detection panel within the user workspace to ensure that they have completed redacting all forms of personal information. Within the objects detection panel, there are additional tools such as “go-to position” and “disable” which can be used to maneuver through the various detections that were picked up by the software, as well as a percentage-based confidence level that lets users know how accurate a particular object detection was. After a user is satisfied with the detections that were picked up by the system, they can then export their project and view the finished results on any media player they may have on their computer.

Watch the video below to see a step-by-step 360 automatic video redaction.

While redacting 360 videos can be a challenging and arduous task, it is something that is sure to become necessary in the ensuing years. As technology continues to push the boundaries on what can be accomplished in regard to video recording technology, consumers will have to take extra precautions to ensure that no one’s privacy is compromised when making use of such video recording technology. With software programs such as CaseGuard Studio, users can rest assured that they can redact objects within all forms of video recordings in the easiest and most comprehensive manner as possible.

The GSA, History of the Administration and its Process

The General Services Administration or the GSA for short is the independent agency within the U.S. Federal Government established in 1949.