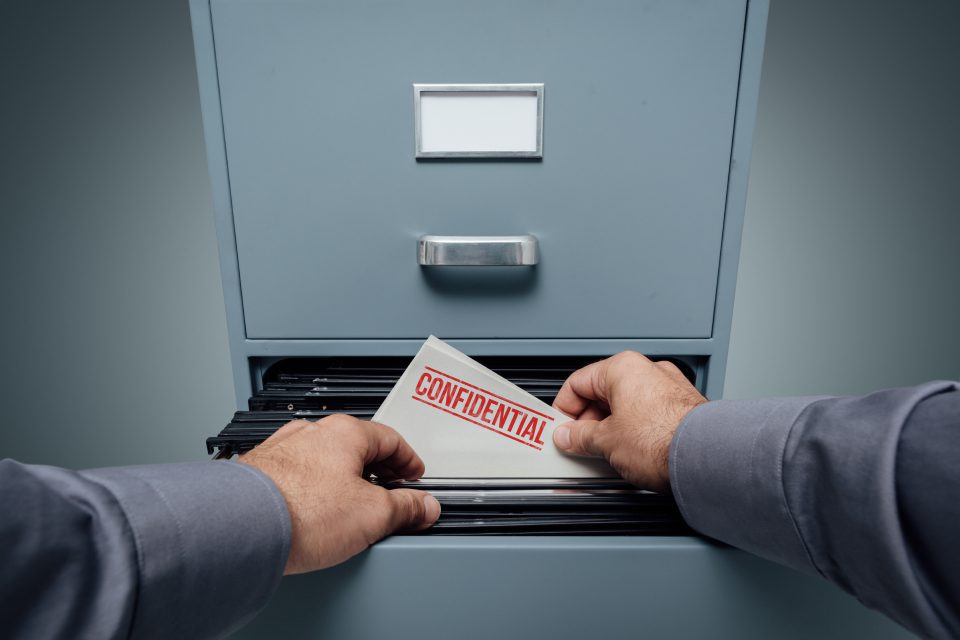 The Privacy Act of 1974 is a U.S. federal law that established a code of fair information practice that oversees and governs the collection, use, dissemination and maintenance of any personally identifiable information used in systems of records by federal agencies. In this context, a system of records is defined as a group of records under the control of a government agency in which information is retrieved based on either the name of the individual or a number assigned to them. Moreover, the Privacy Act states that these agencies must give notice to the public concerning the keeping of these records in the Federal Register, the official journal of the government of the United States of America.

The Privacy Act also prohibits the disclosure of any of the information such records systems without the written consent of the individual in question, unless the disclosure falls under one of twelve statutory exceptions. These exceptions include but are not limited to:

In order to authorize the solicitation of information contained in this system of records, a federal agency must first state whether the request is voluntary or mandatory. Additionally, each U.S. government agency must have both a physical and administrative system in place to prevent the unauthorized release of personal records.

To put everything in context, the Privacy act of 1974 was passed in the wake of the Watergate Scandal involving Richard Nixon and his administration. As Nixon’s coverup and the federal governments involvement was revealed, the American public asked for more transparency from elected officials in a way that had never been done before. Furthermore, people wanted specific information concerning the demographic data used by government agencies in their functions and duties such as conducting investigations or using surveillance footage. The Privacy Act of 1974 was passed largely in response to these concerns, as the American public now had some means to accessing information from the government that had previously been considered confidential.

As privacy concerns have only grown since 1974, the relevance of the Privacy Act of 1974 is even more applicable today than ever before. Moreover, the rise of the internet and online communication has only increased the need for adequate privacy measures. Edward Snowden’s whistleblowing of the NSA’s illegal surveillance against the American people is a good example these ever changing privacy concerns. As there was no social media in 1974, the issue of privacy was primarily viewed in the context of the American government and its many entities such as the court system and military.

However, as social media companies and online conglomerates such as Amazon and Google continue to gain influence and power, we must reconsider what it truly means to protect individual privacy. In today’s digital climate, a person’s privacy can be violated by simply releasing a video of their face without their consent. Alternatively, releasing someone’s personal details on a social media website such as Twitter or Instagram is another form of privacy invasion. Much like states such as California and Virginia have done, new legislation must be passed to curb these invasions of privacy to ensure that every citizen can have the peace of mind that their personal details will never be shared without their expressed consent.

How can you release documents to the public without violating the Privacy Act of 1974?

To comply with the Privacy Act of 1974, all personally identifiable information my be redacted from any form of document or communication that is being released to the public. Manually redacting this personal information would be both a tedious and impractical process. Alternatively, using a specialized redaction software like CaseGuard Studio implements the most cutting edge AI technology currently available to automatically bulk redact documents in a matter of minutes. Whether it be PDF’s, emails, legal documents, or medical records, you will be able to use all the features and capabilities needed to redact your documents in the most cost efficient manner possible.

Spain’s Organic Law 3/2018 of December 5, on the Protection of Personal Data and Guarantee of Digital Rights, is a privacy law.

Austria’s DSG law is a personal privacy and data protection law that was recently amended in accordance with the EU’s GDPR law.

Italy’s Personal Data Protection Code is a data protection and personal privacy law that was recently amended in accordance with the GDPR.

Ireland’s Data Protection Act 2018 or the DPA 2018 for short is a data protection law that was recently passed in Ireland in 2018.

Finland’s Data Protection Act (1050/2018) is a Finnish data protection and personal privacy law that was recently passed in 2018.