The History of Transcription, Written Language and Speech 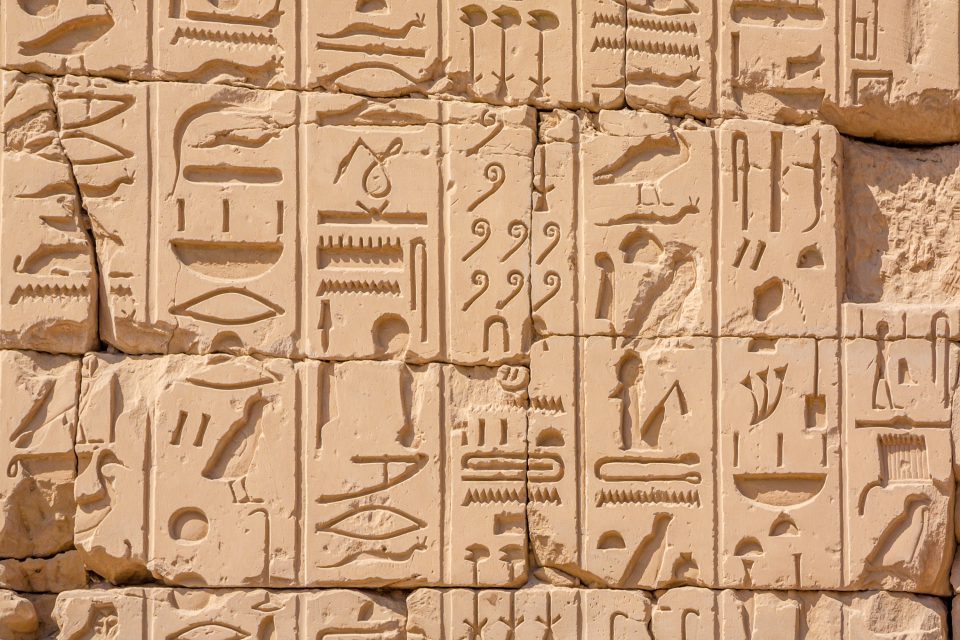 Transcription is defined as the systematic representation of spoken language in written form. Transcription can derive from a multitude of sources, from extensive texts in a complicated writing system to simple utterances. Moreover, transcription represents one of the major methodologies in the academic discipline of linguistics. As such, human beings have been engaging in various forms of transcription for thousands of years.

The earliest forms of transcription in recorded history date back to Egypt in 3400 BCE. In ancient Egypt, scribes were used to write down the laws and history given to them by the kings and aristocrats of the time. These scribes would attend school and dedicate their life to both learning and perfecting the hieroglyphic hieratic scripts of their time. Instead of using a pen and paper to complete the transcription process, these ancient scribes made use of stone tablets or papyrus and reed brushes.

The history of transcription as a tool for religion

With the rise of organized religion through the eons of human history, scribes who could preserve the oral traditions and customs associated with these religions became high in demand. For instance, scribes in Judaism were known as “Sofers”. As the Israelites came to form their identity and cultural practices against the backdrop of the Babylonian exile, these Sofers become some of the most important members of Jewish society. It is through the work of these scribes that we have any of the religious texts that we have today.

As being literate was something that was reserved largely for the nobility, scribes would come to represent communication between rulers and their subjects. Furthermore, as religion played a much more impactful and far-reaching role in everyday society in antiquity than it does today, the work of these scribes is highlighted even further. In turn, the scribe acted as a sort of liaison between the king, religious institutions, and everyday people. Without the scribe, information would have never been able to trickle down to mainstream society.

Transcription during the European Renaissance

As the invention of the printing press in 1439 enabled mass media to be produced for the first time in human history, the role of the scribe expanded further with the times. As interest in literacy and storytelling grew among the wealthy, there became a demand for classic works. Scribes were now tasked with reproducing these classic works, as people now wanted their own copies of literary documents that they could access themselves instead of having to view them in a church or another public venue. This demand for the reproduction of classic works eventually led many scribes to become specialized in a form of transcription called shorthand.

Shorthand is an abbreviated method that greatly increases the speed of transcription. The process in which you write in shorthand is referred to as stenography, and notable people who made use of stenography include Isaac Newton, Samuel Pepys, and Charles Dickens. Many people in modern times may have heard of stenography in the context of court reporters transcribing the details of an ongoing criminal case. The use of shorthand meant that scribes could complete more work than ever before, as the time needed to transcribe a single piece of text decreased immensely. More importantly, the development of this new method made transcription more widely accessible.

The invention of the typewriter and transcription

The invention of the typewriter by Christopher Latham Sholes in 1867 broke down even further barriers to entry in the discipline of transcription. While shorthand transcription is far faster than transcribing every spoken word, it is still a manual process. With the aid of technology, the typewriter could document information far faster than any single person could do by hand. In 1873, Sholes signed a contract with famous gunsmith E. Remington and introduced typewriters to the general public. This was not only a technological feat but the catalyst for some modicum of social change as well.

Before the invention of the typewriter, there were a total of seven female stenographers in the entirety of the United States. In subsequent years, women would come to constitute 40% of all typists. This trend continued to grow and by 1910, 81% of the typing workforce in the country was made up of women. The exodus of women from the home into the workplace played a huge role in the evolution of the typewriter and the discipline of stenography itself, as the common person was able to transcribe information for themselves for the first time in history.

Transcription in the age of computers

As computers and in turn word processing programs first came into fruition in the 1980s, the world of transcription was altered yet again. While typists had functioned like any other corporate employee for decades, the rise of the internet meant the role could now be performed remotely from home. Files could now be downloaded from any online source and transcribed at any point without the need for a physical workspace. Even more so, the technology embedded in many of the programs allows for a transcriber to check their work, a process that they would have had to do manually before.

Today, there are many software programs that will automatically transcribe your files in a matter of minutes. These programs make use of cutting-edge technology and Artificial Intelligence A.I. features to turn any audio or video clip into transcribed form. What’s more, these programs can now be accessed from a multitude of devices such as tablets and smartphones, while initial word processing software options were limited to computers. As such it is easier than it has ever been throughout history to transcribe a video or audio file in the in the most accurate and concise manner as possible.

Automatic video reaction, audio reaction, and transcription all have uses and applications that prove beneficial to the TV production process.

There are two primary ways to go about adding closed captions to a video. The first is to use a specialized video editing software offering to transcribe and then translate the video. The second method is to use a public platform such as Google Drive or Youtube Studio.

Profanity filters are a form of script used on computer programs that use written text as well as voice and speech recognition software that automatically censor profane or inappropriate words and phrases.

What Can Transcription do for Your Business?

When you take the time to transcribe data into text, it can then be transformed into an accessible format to put into spreadsheets or other documents. The data can then be entered into a data analysis application.