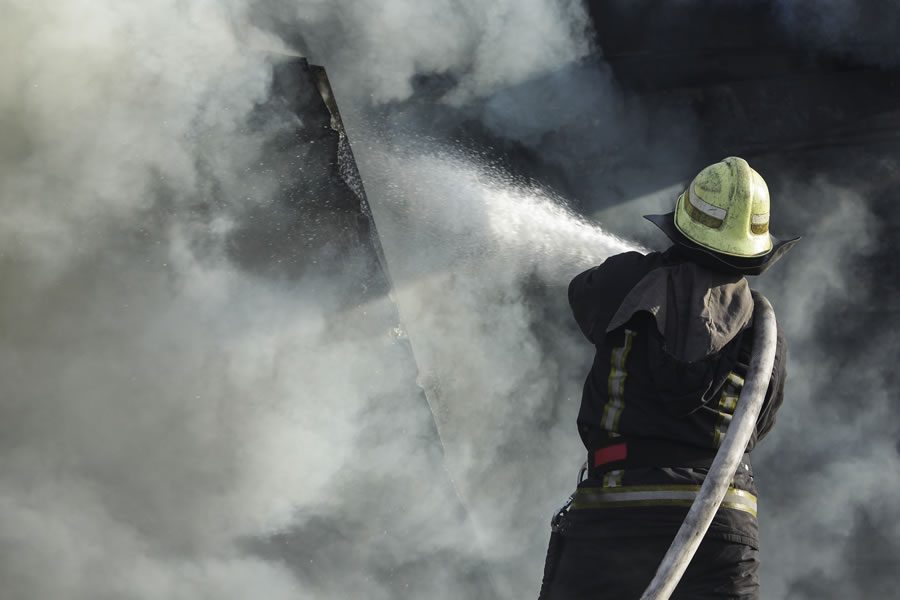 Fire investigations, or what are also commonly referred to as “origin and cause investigations” are the inquiries that take place after a fire or fire-related event has occurred. After first responding firefighters extinguish a blaze, an investigation is then started to determine the cause of the fire or explosion.

Fire investigations can be highly complex and investigators conducting these inquiries must be well versed and proficient with various aspects of fire science (including the different classes of fires). Evidence collection, transport, analysis, and storage may be more difficult in fire investigations than in other more traditional cases, and may require a law enforcement department or agency to modify or upgrade their general evidence management system to adequately deal with said evidence. Law enforcement officers who conduct fire investigations do important work, often under immense pressure.

History of Fire Investigations in the U.S.

The first ever recorded fire in American occurred in the year 1608 in Jamestown. Seven years later, crude hand pumps mounted on skids or wheels began to be used to fight fires. The first company of firefighters was formed in Boston in 1678 and the first operational fire engine made its debut in New York City in 1743. Over the next few hundred years, firefighting organizations and the equipment and supplies they used to fight fires evolved and changed. While it is unclear when the first fire investigators began to practice their craft, by the 1970s, fire investigators were a recognized and common part of any firefighting team.

Fire Crimes in the Present

While investigations involving fire crimes may have been spotty and lacking in scientific sophistication in the past, this is clearly not the case today. Fire investigators are educated, well trained, and in many cases, certified to act as both peace officers and firefighters by their state or by the federal government. Fire investigators must combine their ability to act as scientists to observe and analyze debris left by a fire with their intuition to determine that something is just not right at the scene of a fire. In addition to being educated and proficient in the sciences, the fire investigator must be familiar with policies for proper evidence management.

Fire investigators may also be called upon to take video of crime scenes or interview witnesses and/or suspects on camera. Knowing this, it is important for fire investigators to be familiar with the available video evidence management software and quite possibly, their agency or department’s video redaction software. Today’s fire investigator must be a scientist, cop, and firefighter all rolled into one.

Spoliation is defined as the intentional or negligent withholding, hiding, or destroying of evidence in the context of a legal proceeding. While every law enforcement officer must strive to avoid the spoliation of evidence, fire investigators have one of the most difficult assignments with this regard. After a fire, evidence left behind is often damaged, brittle, and fragile, much more so than evidence would be in say a computer crimes case. This fact demands that fire investigators be experts in the forensic collection of evidence as well as the appropriate forensic evidence management systems.

Conducting fire investigations can be very difficult, and slight, seemingly insignificant actions can jeopardize an investigation. In one instance, a fire investigation was obliterated when a well-meaning firefighter turned off a gas stove inside a burning house by turning the knobs to the off position. Fire investigators in this case were unable to prove that the person accused of setting the blaze had purposefully left the stove on in order to burn the house down. As is true in other investigative disciplines, attention to the tiniest details can often mean the difference between a successful prosecution and the acquittal of a guilty suspect when conducting fire investigations.

Being a fire investigator is a dynamic, important job, and only the best of the best need apply. Fire investigations is a field that is sure to continue to grow and whose methods are destined to become more sophisticated as science and technology continues to improve.