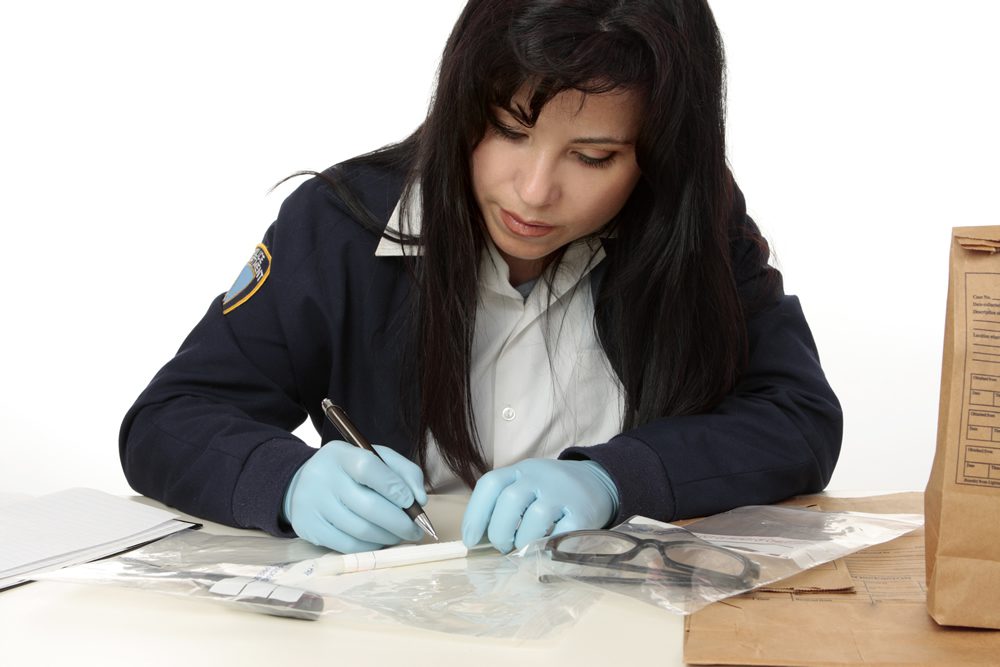 The last in our series about “The Blob” is a topic that can get overlooked in any overhaul process of the evidence room. There’s dozens of topics we could have tackled, all equally important, but this one always seems to be a last thought in the process, and there’s good reason as to why it should be the first: Evidence Room Staging Areas and the security of them.

Staging Areas and Their Importance

Through our process, we’ve revamped paperwork, our process, our chain of command, and we’ve created a process in selecting personnel. We’ve ensured that there are checks and balances that forge meeting points between the expectations we desire moving forward, and ensured integrity is within each new step that we’re taking in handling, processing, and disposing of evidence. But with all that hard work, one thing can ruin the entire process, and that’s how evidence is staged after collection.

We could re-develop each task, each shelf, each packaging protocol, every single detail within an evidence room, and still it would have minimal effect in changing previous results if we don’t address this one issue. The fact is that evidence is lost, stolen, or mutilated, more often than not in staging areas. Usually, if you’re having to redo an evidence room, the most glaring issue to address is staging, but because there is so many other things to correct, you’ll have little time to process the massive question mark that you stare at every time you enter your evidence room.

For the uninitiated, the staging area is where line personnel places evidence, in anticipation of it entering the evidence room. It may seem like a minor part of the entire building, but it really should not be. This is where evidence first enters the workflow, and if it’s not a respected, everything else might as well not exist.

When building, or re-building your staging area, there are some issues to concern yourself with more so than cost. We could say that for everything, but in this case the cost incurred is going to small compared to everything else in the evidence room re-building process, and as we said before, the thousands of dollars you spend to day saves you millions later.

The way you evidence room is built will dictate what kind of staging area you can create. Taking precise measurements is necessary to decide what kind of construction, materials, and features you can put into your staging area.

Also, an obvious consideration is the current staging area and how it’s defined. Most rebuilds are stating from a hallway that has a single locking mechanism between it and the main building, and everyone has a key to this hallway. There are reasons this is not necessarily a good idea.

Considering the amount of effort, we’ve put into backgrounding evidence personnel, and creating lots of layers of integrity and check points in our new evidence system, there’s a lot of reason to no re-evaluate how we stage evidence too. However, our line personnel will need to be able to access this area. There are methods of reducing certain access however, and that’s what we’ll discuss next.

We’ve mentioned the all-purpose room concept, which is likely what you’re starting from. With any luck, the space you’re currently working from is directly next to your evidence room.

The most secure and efficient method for a staging area consists of wall lockers, that have two doors on either side, one side feeds directly into the evidence room, while the outside faces into the staging area. It’s a simple concept, where your evidence personnel place keys for each locker in the door, and as personnel bring evidence into the staging area, they select an open locker, put the items into locker, close and lock the door, and then place the key inside a drop box, which also feeds directly into the evidence room.

Another method for the staging area involves lockers just as previously described, but instead of feeding directly into the evidence room, they are self-contained inside the staging area, and just like the previous example, line personnel secure each locker with a key, which is placed in the drop box. At the end of day, the biggest thing lost in this method when compared to the direct method is evidence personnel’s convenience (i.e. time) lost, but either method is secure. One could argue a slight edge in accountability that is built into the previous method, but that is really only an issue if you have deep integrity issues within your agency.

Another method is a staging area that only field supervisors have key access to, which means when officers and other line personnel have completed their documentation and packaging requirements, they have to notify a supervisor who opens up the staging area, allows the personnel to drop off the evidence items, and then secures the area after the personnel has left. This is effective, but keep in mind that if you represent a smaller agency, and a “hot” call goes out, you may only have the one supervisor, and that may mean you’re down an officer who’s stuck in the office monitoring evidence that for all intents and purposes they are done documenting and packaging. That can create an officer safety issue on street, something we don’t want our evidence protocols to do.

You can combine these methods to some degree. For example, you could have standard wall lockers in place for misdemeanor evidence, and direct wall lockers for felony evidence, and then a secured room with limited access for items that are outsized. How you determine the use of what space you have will factor into how efficient your overall process is, and it is suggested that you consider how much change you can effectively instill within your agency at any one time. Knowing how to package, document, and store evidence on the front end are all basic skills any officer should have, but if there hasn’t been much of a standard before, and they have hundreds of other tasks to perform in a given shift, you may have to gradually introduce new methods over time, rather than all at once.

In our discussions of evidence room security, we’ve shown how cameras play a vital role in catching rogue personnel who are stealing evidence and found property. If your evidence room is not using at least motion activated cameras today, you’re lagging behind in a serious security feature that would solve a lot of problems in the evidence room.

Security cameras not only catch these unsightly moments, but they also catch the less mundane, but equally important. Like a rodent who found a way through utility lines or pipes to get into the evidence room and munch on your technician’s current workload. Maybe a water main broke, and your Chief wants to address the area where water came in first, ruining the evidence room. Cameras would also catch this. There’s plenty of reason why you should install a full view camera system, so definitely do it.

Aside from that, having an equally capable camera system in your staging area is just as important. After all that effort of securing and re-building the entire evidence room, from stick to forms, if you have lax security in the staging area, you could be missing an element of shrinkage that you hadn’t realized before.

In recovering the evidence room collapse we described before, it’s quite possible that other personnel were aware of how bad the evidence room was. With that, some personnel may have been saying they placed certain items in the staging area, when really they did not.

By addressing the weakness of the staging area, you may uncover that the integrity issues related to evidence go beyond the previous evidence room personnel. If that’s the case, there are serious decisions to make. However, if it’s not you still have peace of mind that now your evidence room and staging area is secure, and any irregularities are going to be documented.

Motion sensors may be an additional feature you want to add to both areas. Linking them to cameras can make it so you’re not just simply recording empty video to a hard drive or database, and wasting the space. Of course, motion sensors are notorious for false positives, so you may still have empty video, and there is the added maintenance cost. What features are added into your security plan will have to be discussed ahead of time, but making sure that they fit with the goals of that plan are what is most important.

This is our last article surrounding The Blob. There are many issues to confront when it comes to dealing with a re-build of an evidence room, but our goal was to discuss the most primary areas to address. There are a number of resources online that address even more issues, and even address the topics we selected in even more detail. We recommend seeking out guidance from the International Association of Property & Evidence, Inc. for further discussion on how to get from A to Z in an evidence room rebuild.

We hope the series has been informative, clear, and provided perspective moving forward. If you do find yourself confronting this type of mess, or even a version of it, you are not alone, and seeking outside expertise should not be considered weakness. Getting a proper standard in place for evidence is a cornerstone for any agency, and has to be mandatory in any environment. If we can be of any help, feel free to contact us!