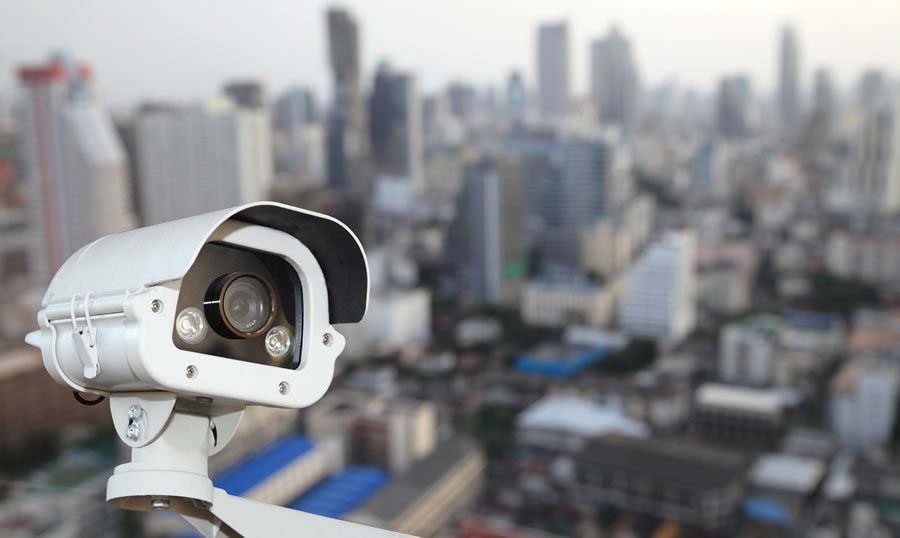 As digital evidence continues to become increasingly important, law enforcement agencies are trying to leverage the digital age by asking for citizens and business owners in their communities to register their cameras with law enforcement. Why is this important? We’ll tackle this topic right now!

The easy answer to this is that by registering your camera, law enforcement in your area can request to review footage of crimes that have happened where you are located. Commonly, police use this registration to figure out the surrounding area where a crime occurred, in an effort to see if they can identify suspects or vehicles that may have been involved. This concept is based on the idea that most criminals will not park directly in front of the location they are victimizing and won’t try to disguise themselves until they are much closer to where the crime will occur. With registered cameras, it could very well be that a house with two cameras in their front yard, three blocks away, may wind up with really great footage of the criminal(s) walking in plain sight.

The other benefit for the community is the age-old concept of power in numbers. The more cameras registered, the more often criminals could be caught, as it becomes harder and harder for them to access parts of the community with impunity.

This small community-oriented step opens up a world of possibilities when it comes to neighborhoods. Of course, the same issues of privacy will come up, but that’s for another article.

Many people get a standard camera system, with anywhere from four to eight cameras in static positions. Some get systems that have rotating cameras, usually on a gear structure that has a 120-degree span that rotate through. Even some more get systems with better resolutions, including night time viewing. But ultimately, the more enhanced the system, the more data it is capturing, and the more information that could be useful for investigations.

These cameras are not just recording general activities anymore, they are recording date and time, location data, higher end models capture and identify specific motion, and those details can play important roles in identifying criminals, their actions, and establishing a timeline of events.

Law enforcement creates a major surveillance operation simply by asking for community support. And the best part in this situation is that the traditional concerns of privacy don’t exist.

It’s your right to place cameras on your property for the purposes of security and protection, and it’s also your right to share content from those devices with authorities. If a criminal decides to self-identify their uniqueness in front of your house, that’s their fault, not anyone else’s.

Of course, things like neighborhood sensors, that track the quantities of people walking past a certain point, lighting that follows the paths people take during late hours, and many other tracking-oriented systems come up as possibilities for the future. The privacy issues are far and wide with that type of technology, so in the meantime, having cameras that capture incidents is your best option personally. Providing access for law enforcement gives them the ability to capture criminals faster, and that means you’ll have less hassle in your neighborhood.

The Los Banos Police Department is in charge of a small town in the northern end of the San Joaquin Valley, a rich farming valley in Central California. LBPD has been an early adopter of several citizen-oriented programs that help the police department by receiving crucial data from citizens, but also sharing that data with citizens. The camera registration program is something LBPD put in place as soon as they were aware of the model, and it’s already made a big dent in crime.

A citizen placed eight cameras around their home, in an effort to capture images and footage of a thief who had been targeting their backyard. They put up the cameras, and suddenly the thief didn’t return. However, the cameras did capture images and footage of a person who committed a shooting near on of the city’s elementary schools. And that digital evidence was used to identify, and ultimately arrest the criminal, out of State.

The Philadelphia Police Department has been registering cameras of private owners since 2011, and they’ve netted a lot of arrests this way. Their program is a bit different. If you install a system, and register it, the City will issue you a rebate for the cost, up to $1,500.00. The idea is to incentivize citizens, business owners, and other private entities to install and provide data to police, when they can. The program still doesn’t automatically grant police access to your system or data. They must ask for permission to view footage before they receive anything.

In 2015, footage from the program led to the arrest of 130 people, closing hundreds of cases, that would normally have gone unsolved due to a lack of evidence. The power of community is still stronger than the power of criminals, if tapped into correctly. Philadelphia is a city that has a reputation for witness harassment and intimidation. There are times when citizens may be leery of sharing footage with police, because the sight of a police car at their home, picking up footage, may lead to them becoming a victim. Philadelphia’s program gives private citizens the ability to control when they have contact with police, and what content they share.

The Baltimore Police Department also has serious crimes problems like Philadelphia, and they have a program that can provide them direct access to the cameras that citizens register. However, they denote in the program that they still have to ask permission to review footage first, and receive that permission, before looking at any citizen data.

This may seem like an outright intrusion by government. However, it does require registration and permission to access by the citizen. It then requires a second set of permissions to look for a specific incident. A benefit to this style of program is that police don’t have to visit the citizen’s residence or business at all. Instead, they can access data remotely, retrieve what they need, and go back to business.

In January of this year, personnel with the camera program, called Citiwatch, saw five males, three of them receiving firearms from an unknown male in a sedan. They then began walking down the street. BPD officers were called to the scene, and they tried to get the five males to drop their weapons. One of those males, a 20-year-old would not. He tried to run from police with the gun in his hand, forcing one of the officers to shoot him. The criminal suffered a leg wound. And luckily this is the only injury anyone received. It is unknown where these five males were going, or what their intent was. Two weeks prior to this incident, another male attempted to rob attempted to rob a house, which was also proactively caught by Citiwatch.

At the same time, two juvenile males were caught on camera assaulting a cat and setting it on fire. It goes without saying that Citiwatch is having a direct impact on criminal apprehension, documenting crime using digital evidence, and the future appears to be that this program will ultimately have an impact on future crime as well.

The idea of camera registration is opening the doors to spectacular results for solving crime in various communities. Many privacy issues have already been answered, but we believe the next iteration of these programs is moving to a remote access model, where law enforcement receive permission from a citizen for each request, but that police download content without ever stepping foot on the citizen’s property. By moving to this model, it makes the evidentiary process more succinct, and easier for all involved, and less ability for defense to argue chain of custody and handling concerns that can come up while retrieving citizen owned content.

At CaseGuard, we’re ready to assist in creating this future, because we have the tools to make this idea a reality.