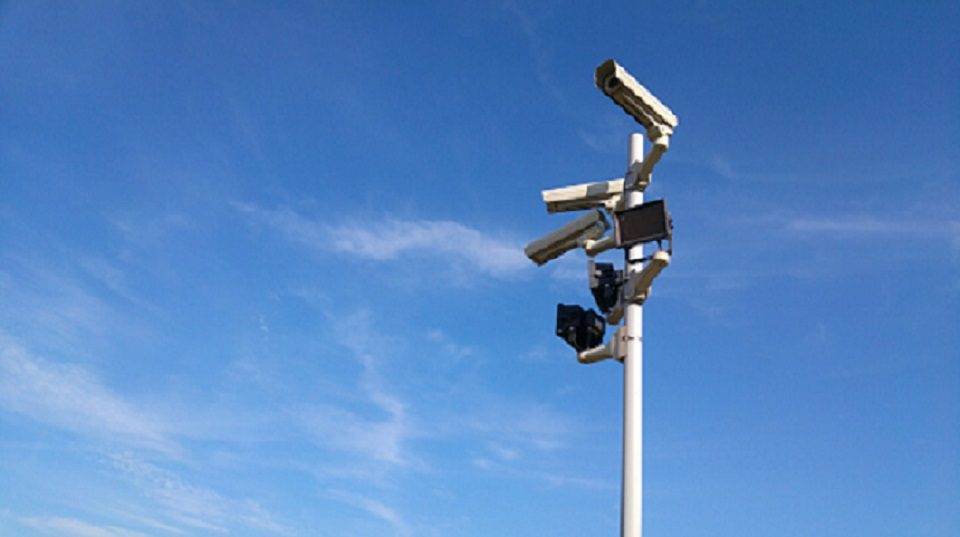 Questioning what types of surveillance the US Government is using to collect data should be done by citizens as a way to understand and limit violations of their private data. In 2020, privacy is up for sale, and anyone could be the buyer. This surveillance partnership includes private companies, governments, and law enforcement agencies. The US Government, without full disclosure to the public, creates a variety of public/private partnerships with major corporations to collect and have access to confidential data on US Citizens and other residents of the United States.

So, when you buy something online, right down to your skivvies, should the government have access to that data? Should the government collect and create databases on all US residents regarding their purchasing habits, education, personal consumption, and lifestyles? Does the private collection of data tell law enforcement and government what your political affiliation is? Does it give details about your eating habits, health conditions, and other personal data that no one should have access to but you? Yes, it would seem that this type of data collection would violate civil rights and privacy legislation, so how do they get away with it?

The US Government can do things to private citizens that other entities cannot, including arresting people, jailing residents, executing search warrants, using electronic surveillance, and obtaining wiretap warrants without your express consent. Similarly, the private sector can do things that the government may shy away from because it is not considered ‘democratic’ or within the scope of America’s concept of civil rights. Facebook, Google, and Amazon are all large corporate examples of companies that can collect data regarding your political views.

If American citizens were aware of the US Government collecting the same type of data, there would be social outcries and protests to protect privacy and civil rights. In the same data collection line, private companies are currently collecting and keeping databases on residents’ purchasing history, credit information, employment, and lifestyle choices. If the US Government were collecting and holding databases of such private info, Americans would be enraged.

Big data has changed the entire landscape of data collecting in the private sector. Many companies violate the privacy rights of Americans with no recourse. The US-based corporation Securus Technology used its corporate weight to collect location data of cell phone users. They bought the data from another company out of Carlsbad, California, called LocationSmart.

Every day across the globe, people are becoming increasingly aware of how corporations are abusing the private data collected about them and their families. The EU pulled together and created the GDPR or General Data Protection Regulation to deter abuse and protect Europeans’ personal data. While there are some basic privacy laws in the US, comprehensive data protection legislation hasn’t happened from the federal level. As Americans, we are exposed.

How is this happening, and why isn’t more being discussed about the abuse of consumer data? Federal law restricts the government from wiretapping without a court order from the FISA Court. Any other form of wiretapping is considered a federal felony subject to time in prison and fines. How do they get around the law? Companies like Securus Technologies did not secure the database it had created with the private data it had collected on American citizens.

Access to the database was leaked, and anyone who wanted could access the database at any time and look up details on the location patterns of specific Americans. So federal law does rule against illegal wiretapping, but it does not restrict third parties’ data sharing. Federal law also prohibits telcos from sharing data with law enforcement, but third parties can share the data with whoever pays, including government agencies and law enforcement.

“Our own information is being weaponized against us with military efficiency. Every day, billions of dollars change hands, and countless decisions are made on the basis of our likes and dislikes, our friends and families, our relationships and conversations, our wishes and fears, our hopes and dreams. These scraps of data, each one harmless enough on its own, are carefully assembled, synthesized, traded and sold.” – Tim Cook, Apple CEO

Third-party apps from any source or corporation can collect location data. So how does that impact the lives of residents who feel that some laws and regulations protect them? Companies like LocationSmart, while federally restricted from sharing data with law enforcement, can sell the data to a third party like Securus. Securus then transmits the data to law enforcement.

Living in Canada doesn’t exempt you from this sidelining collection of illicit data by the government. The big three telcos in Canada, Rogers, Telus, and Bell, all sell their data on consumers to a company called EnStream. EnStream then shares the data with the Canadian Government and even the local Mounties.

Do you feel violated? It gets worse. Police departments across the country have agreements with utility companies, including those privately owned by taxpayers. These utility companies allow police to search to see if your lights are on, use any specific utilities, and verify if you are at home. Police can take notes on your own private residence activities, including the times you may like to shower.

Social media can provide facial recognition images to authorities and display your personal online activities. This snooping can include your shopping habits. Is it fair that the government can seize data without a warrant on the last time you purchased underwear? How much personal data do they keep in your ‘personal file’ within the most extensive database in the country that is being built and maintained by the government? Shouldn’t they protect citizens?

“In my view, the Government’s metadata collection program is entirely consistent with the Fourth Amendment. Even if the bulk collection of telephony metadata constitutes a search, cf. United States v. Jones, 132 S. Ct. 945, 954-57 (2012) (Sotomayor, J., concurring), the Fourth Amendment does not bar all searches and seizures. It bars only unreasonable searches and seizures. And the Government’s metadata collection program readily qualifies as reasonable under the Supreme Court’s case law.” – Brett Kavanaugh, Supreme Court Justice.

According to Brett Kavanaugh, the government collecting your personal data is not unreasonable, but is it? Are they violating our civil rights as well as skirting federal laws? There may be times when law enforcement must have access to personal data. The problem with this situation is that government agencies have access to these databases without a warrant, probable cause, or limits. The skirting of federal law by these agencies creates a system where corporations have more importance than people. They are turning private corporations into de facto agents of the police.

Average citizens are turning to apps that they believe have no government connection. Residents are duped by the millions. Waze can be a great way to locate friends or find your way around, but if we knew – we would care very much if police and government agencies were using Waze as a means of personal surveillance. Police allow businesses and individual residents to sign up and have their security cameras linked to their departments. Is it offensive that your local church, synagogue, or mosque uses surveillance that might be turned over to law enforcement who use facial-recognition software to keep track of your religious preferences and activities?

Would it surprise you at this point that Amazon is a leader in providing personal data to government agencies? The CIA relies on Amazon for the data in its cloud computing environment. The CIA and other government intelligence agencies are currently seeking additional data providers. Collecting data on American citizens is under its “national security mission.” These agencies plan to spend “tens of billions” of taxpayer dollars to circumvent federal regulations and spy on citizens. In effect, you pay the government to spy on you and skirt the law.

The Intelligence Community is looking to award these multi-billion-dollar contracts to more than data providers by 2021. The program is known as the C2E Commercial Cloud Enterprise. It is an effort to obtain more cloud-based data companies to add to the earlier $600 million cloud computing contracts that it already has begun with other collaborators. The Defense Department runs a separate but similar data collection effort with 10 billion dollars in contracts with multiple public corporations. Through means of the Patriot Act, which is being used to approve such tax dollar use, US National Security Agencies are double-dealing citizens with Silicon Valley software companies. Do you still want to shop from Amazon?

Both the NSA and the CIA have, for years,  worked with companies like Google to obtain data without a warrant against private citizens. The NSA has secrets. Some of these secrets are meant to protect US citizens from threats. What is the danger of our own agencies? The NSA has developed its own “Google-like” search engine. The security agency then uses this boosted search to scour more than 850 billion records on private phone calls, emails, cellphone locations, and internet chats. The information, working through loopholes in federal policy, secretly provides this data on private citizens to nearly two dozen US government agencies.

The search engine used by the NSA is called ICREACH. The documents that show the building and planning of the implementation of ICREACH point to the FBI and DEA as top participants. ICREACH not only contains personal data on private American citizens; it also contains data on private communications of foreigners. Additional information regarding private individuals who have legal matters, criminal records, gun registrations, and more are included in this archive.

Now that you know where your taxpayer dollars are going, are you OK with it being turned against you? In what ways can you protect your private data from anyone – government, corporate, or otherwise? It is time that American citizens get educated on using their personal data, how to secure it – even from government agencies, and keep their civil rights intact. Coming together to stand up to corporate violations and misuse of tax dollars is a start.

On Saturday, August 27, 2022, it was reported that Mark Zuckerberg settled yet another lawsuit regarding the infamous Cambridge Analytica scandal.

On August 24, 2022, it was announced that major tech company Google was being accused of violating the GDPR with respect to targeted advertising.

On Wednesday, August 4, 2022, the Indian government announced that they were withdrawing the Personal Data Protection Bill, 2019.

SafeGraph, a company that provided location data to the CDC during the initial phases of the COVID-19 pandemic, has been accused of privacy violations.