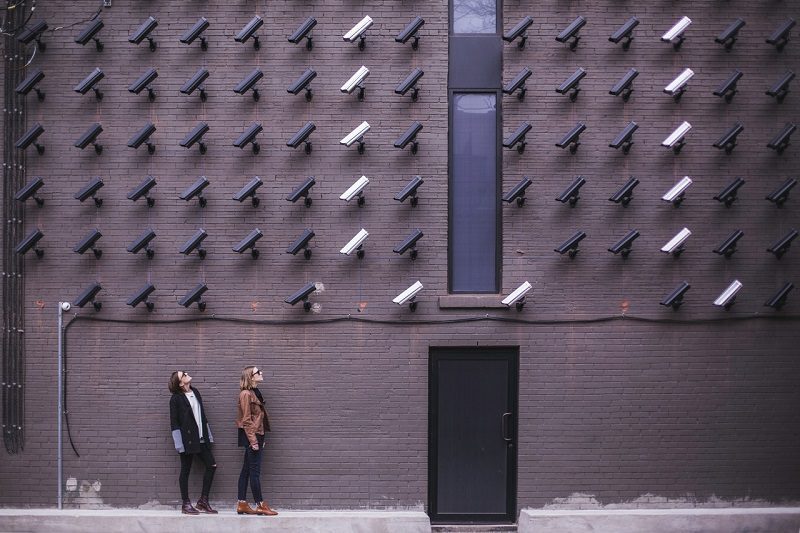 Pandemic Surveillance on a Global Scale

Mass surveillance and CCTVs have been with us to some degree for several years now. Since the start of the global pandemic, the era of extreme mass surveillance has been initiated. Countries worldwide have beefed up and added to existing mass surveillance systems to monitor citizens without their awareness.

In many countries, residents are aware of some degree of surveillance or security. Still, they may not be cognizant of the extent to which the degree of personal tracking is taking place. They may be unaware at times that the plane flying overhead is a spy plane equipped with data sensing equipment scooping up all the information from their cell phones as they record them from above with highly sensitive and detailed video systems.

Digital rights experts are becoming alarmed that people everywhere have their human rights exploited by governments and other organizations with this new technology. Governments worldwide are pushing citizens’ civil rights through phone monitoring, contact tracing apps, physical surveillance, and biometrics, such as facial recognition technology. People are told this is only temporary, to accept this type of intrusion, in the name of controlling a global pandemic, COVID19.

As of June 17, 2020, a pro-digital-privacy company Top10VPN released specifics on the number of countries involved in these mass surveillance programs. According to their data, “digital tracking was in use in 35 countries, with contact tracing apps in at least 28 countries, half of which use GPS location data. Meanwhile, more than half of the apps do not disclose how long users’ data is stored.”

While the federal government has been busy making a show of limiting mass surveillance in other countries, there is silence regarding what is happening in American citizens’ lives. Rolling out on American streets across the country, there are examples of how taxpayer dollars are being spent to bring military-grade hardware in as a battlefront against everyday residents. Drones, stingrays, and x-ray vans are used nearly every day – without appropriate warrants.

The tax dollars of the residents are being used to buy equipment to spy on them without their consent. The New York ACLU office contends that “these devices pose a threat to the safety and privacy of all New Yorkers.” It has reached a point that in these neighborhoods, 85% of individuals believe they are being spied on.

The POST Act (Public Oversight of Surveillance Technology) was introduced in NY in 2017. It took three years to come to a vote. On June 18, 2020, the New York City Council 44-6 in favor of the bill. The bill requires that the NYPD develop policies and share them publicly on how surveillance tools will be deployed, what tools they have available, and establish an outside oversight of the department’s surveillance programs.

Leaders Demand End to Surveillance in the US

A coalition of more than 100 Civil Rights groups has come together to sign a letter to go before Congress demanding an end to mass surveillance of citizens who are expressing their first amendment rights to assemble and protest through free speech. These groups are calling on Congress to cease federal funding for these mass surveillance programs, insisting that the U.S. is violating Americans’ civil liberties.

The group asks explicitly that the leaders of Congress come together to put an end to unwarranted mass surveillance of Americans. Specifically, “the members of Congress to stop state and local grants allowing for the purchase of surveillance technology, stop federal funds from being used for unwarranted mass surveillance, and stop CBP and DEA from using intelligence assets for general policing and surveillance of protests.” Americans want to have their rights protected and their tax dollars spent in accordance with their wishes.

The response to using mass surveillance has also included forms of facial recognition technology. It is also alarming that an upcoming technology company, Clearview A.I., has built A.I. machine-learning automated facial recognition systems that can identify individuals – even if half of their face is masked. Government entities are using this automated system, which is based on a system filled with data that is stolen from user profiles on Facebook and other internet sources without their knowledge.

Clearview’s facial recognition tool is built around a database of over three billion photos, which were primarily taken from the internet without the user’s knowledge or permission. Due to the data being attached to personal accounts, users of their program can not only identify an individual but can also pull up additional information, such as their address, school, or employment records. Do you feel violated yet?

Amnesty Pushes for Ban on Biometrics

Amnesty International, a human rights organization, is joining and supporting the ACLU, the Algorithmic Justice League, and the Electronic Frontier Foundation and demanding the end of the use of facial recognition systems used in mass surveillance. The organization states that there are real fears that the information obtained without a valid warrant can be later used to target individuals. These unwarranted searches can lead to instances of human rights violations, discrimination, and racial profiling. There are also concerns that mass surveillance is currently being used to “violate people’s human rights daily out on the streets.”

The United Nations have also voiced their concerns about the spread of worldwide mass surveillance. They believe that the increase in surveillance technologies will eliminate citizen’s autonomy, privacy, free speech, and the ability to participate in free elections.

Avoiding surveillance is not that easy. With the pandemic, we are wearing masks, but as stated above, Clearview technology can use facial recognition and determine someone’s identity with only half of their face. Add hats and sunglasses when possible, to give more coverage.

Turn off your phone, leave it in your car, or, if possible, leave it at home. Many mass surveillance technologies mimic cell phone towers and simply scoop your data, calls, and texts right out of the air. You are none the wiser. If you must have your phone, put it in airplane mode.

If you are going to go online, it is best to sign up with a reliable VPN service. This service will help keep your online activities private. These services work by shifting your location and assigning you a new I.P. address. These are generally military-grade encryption services, and no one will be able to locate or track your usage. If you want to be extra secure, combine Tor technologies and VPN services. The only thing is before signing up, you need to know what country your VPN service is located in and if they are part of the 5, 9, or 14-Eyes Alliance.

What is this alliance? Consider any country within the 14-Eyes Alliance as areas not to choose for your service. These countries include:

The issue is depending on where your VPN is located, warrants can be obtained, and agreements for data-sharing are set up between these countries. Check with the VPN you are signing up with, the legislation and arrangements of the country where the VPN is located to determine the liability. Please don’t make it easy to be a target and stay safe.

Data privacy impacts everyone. It makes no difference if you are an individual, a small business, a large enterprise, or even a government agency. Many regulations must be followed when handling data. Protecting a person’s private or personally identifiable information or even trade secrets is a complex process. Loss of data can be too costly. As an individual, you could be impacted by identity theft. As a company, you could lose your customer base and go out of business. Even governments must comply; they too are not protected from lawsuits and penalties for loss of data.

Over the last 30 years, the shift of medical records from paper to electronic files has created an increased awareness in the control of private health information. Using computers and databases has created an increase for those with clearance and those without access to and disclosing confidential information. Health care providers and public health practitioners have always valued their patients’ privacy.

Artificial intelligence, combined with machine learning, is the transformative technology of today and the future. Most people’s concern with AI, outside of privacy, is the idea that advanced technology will take over jobs but there is currently a wave of ethical problems with AI applications, which will continue into the future.