Live Streaming Privacy in the Middle of Coronavirus Outbreak 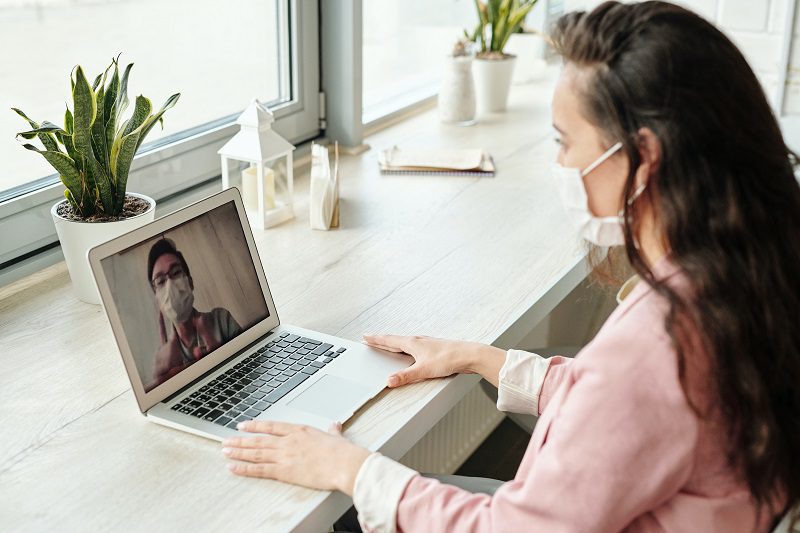 We live in a world where nearly everything is recorded. With small, powerful cameras at our disposal — on our phones, laptops, and tablets — we can capture virtually every part of our lives digitally if we want. Furthermore, for almost everyone to see, we can upload these images practically instantly, and the number of uses for those videos is virtually unlimited. Apps such as Snapchat, Instagram, Twitter’s Periscope, and Facebook are used to record and reveal illegal behavior, disseminate beauty tricks and strategies, and perform lip-syncs in our cars.

Worldwide, governments are responding to the public health emergency coronavirus with an unparalleled array of surveillance methods designed to detect and monitor whoever might be infected. Such policies have significantly exacerbated current controversies regarding private citizens’ rights and government control. Some of the staunchest privacy activists agree that the current crisis necessitates extraordinary forms of surveillance and reassessment of certain privacy policies such as the freedom of information act and the data protection act.

Yet various countries strike a balance between public health and individual privacy by employing different strategies. In the advent of modern surveillance technologies, policymakers’ choices show how they balance the relative weight of public health and privacy and how this balance could shift as modern problems arise.

Devices such as laptop cameras, nanny cams, modern CCTV systems, and other minuscule, discreet wireless recorders have enabled members of the general public to monitor others without their explicit knowledge or consent.

Although recordings of nannies or other forms of workers, tenants, and visitors through hidden cameras in homes or on other private property are usually allowed under U.S. federal and state laws, some restrictions apply: firstly, that recording is the only video, as those containing audio typically breach federal wiretapping laws; and secondly, that such recordings are restricted to common areas and not bedrooms and washrooms, where an absolute level of confidentiality is expected.

Surveillance devices may be accepted in some cases if and when their subjects are aware of them and benefit from their presence. Examples include home or company video conferencing and surveillance systems.

Live video is a very personal platform that ideally caters to influencers and individuals who create their brand. This community has a wide range: from young YouTuber stars to up-and-coming politicians to marketing personalities. Many networks are also moving to turn live video into a lucrative option for influencers by allowing donations and tips on streams of activities such as gaming and award shows.

For any given live stream, there are multiple legal rights involved, ranging from copyright and trademark to the right to advertise, to the freedom to talk and gather information covered under the First Amendment, to the right to privacy. As platforms such as Facebook Live and Snapchat become more popular and accessible, the consequences of broadcasting live content over the Internet are becoming more complex.

What could a live feed do to your reputation?

Live streaming can compromise your reputation, whether you are the streaming person or the subject of the video:

Online video streaming apps have generated additional problems with games, sports, and other material deemed to be intellectual property (“IP”), the copyright, patent, trademark, and trade secrets domain. Major sports organizations were the first to acknowledge Meerkat, Periscope, and related apps’ potential to threaten the opportunity to make money from live events. Live TV rights and ticket sales are the primary revenue drivers for professional sports leagues. Such revenue sources have long been threatened by the growing accessibility of video and live streaming services for individuals, as opposed to traditional and cable television networks.

Self-Regulation and Censorship of Live-Streaming

For any given live stream, there are multiple legal rights involved, ranging from copyright and trademark to the right to advertise, to the freedom to talk and gather information covered under the First Amendment, to the right to privacy. As platforms such as Facebook Live and Snapchat become more popular and accessible, the consequences of broadcasting live content over the Internet are becoming more complex. This emergence from obscurity, together with the proliferation of related apps such as Instagram Live, Snapchat, and Periscope, has created a crop of legal problems whose consequences have not yet ultimately come to light.

Some of these concerns include: What are the legal consequences of filming and transmitting material without the permission of others through Facebook Live and the like? Would the recorded people have any rights to monitor or prohibit recording and transmission in these recordings? What leverage do the people in the videos have if the videographers are responsible for privacy breaches? What would happen if they didn’t? What would the streamers themselves possibly be exposed to civil or criminal liability? Finally, what about Internet Service Providers (ISPs): should they be held liable for users’ actions? Could they be found accountable under applicable law?

Diverse solutions to privacy protection in videos have been proposed and implemented. The most popular applications are graphic transformations of image regions containing personal or private identifiable information (PII). Such obfuscations may be as simple as removing or masking faces in video frames with shapes. Other obfuscations can hide objects from the surrounding by blurring, pixelation, or interpolation. More sophisticated methods use edge and motion models to mask or erase the entire body contour from the film over the whole frame. Many solutions include scrambling the picture component using a hidden encryption key to hide identity. Image warping on faces is also useful in limiting detection and recognition. Although some studies have also shown the use of RFID tags for pinpointing the location of people in space, most studies rely on image-based detection and tracking algorithms to localize an object in a video frame.

There is video redaction software to provide such a solution. Packaged as a complete solution, these technologies empower law enforcement agencies to manage their digital evidence redaction workflow in one place. It also gives them the capability to tag the status of evidence redactions, as well as to export entirely redacted audio and video files, including audit logs detailing edits made to evidence by individual users to support the chain of custody requirements. Such redaction software as a service can automatically detect and redact all faces and body parts in a video by integrating artificial intelligence and machine learning.

We are probably only seeing the beginning of the issues and legal questions relating to live-streaming. To the average citizen, all of these problems are the same as they will be for commercial broadcasters. Add to this the issues of public relations involved in having public access to what was previously behind the scenes, and it is evident that the path ahead is a bleak one. Live streaming and increased openness add a great deal to our lives but bring a change in our perception of what was and will be private.

Most streaming platforms have terms of service that forbid users from breaching other people’s copyright, breaching trademark or performance rights for music, film, television, and so on. Such terms are part of the 1998 Digital Millennium Copyright Act (DMCA) Safe Haven regulations, but they exist more for the security of the provider than for the regular streamer. When consumers violate a trademark, they will be held liable for the violation.

Privacy is the right to manage personal information, while publicity rights are the right to protect your name and image from being used for commercial gain. Such privileges can vary from state to state, so you should verify the relevant laws in the state you’re streaming from. In general, you should have permission from everyone you feature in a live stream video, especially if you stream for commercial use. Any confidential information that may be accidentally exposed on a live stream, including faces of minors and private citizens, should be treated as such and removed using video and audio redaction software. Bear in mind that privacy is expected. An individual might be in public, but if, in that case, the average citizen will have standards of privacy (even though they are in public), then streaming video in that environment should be off-limits.

What does Redacted mean?

Coronavirus is changing the way schools operate, and there is a significant change in the learning environment. If there are recordings of students participating, communicating, or even giving demonstrations, then the information faces FERPA policies and heavy redaction from school administrators or other resources.