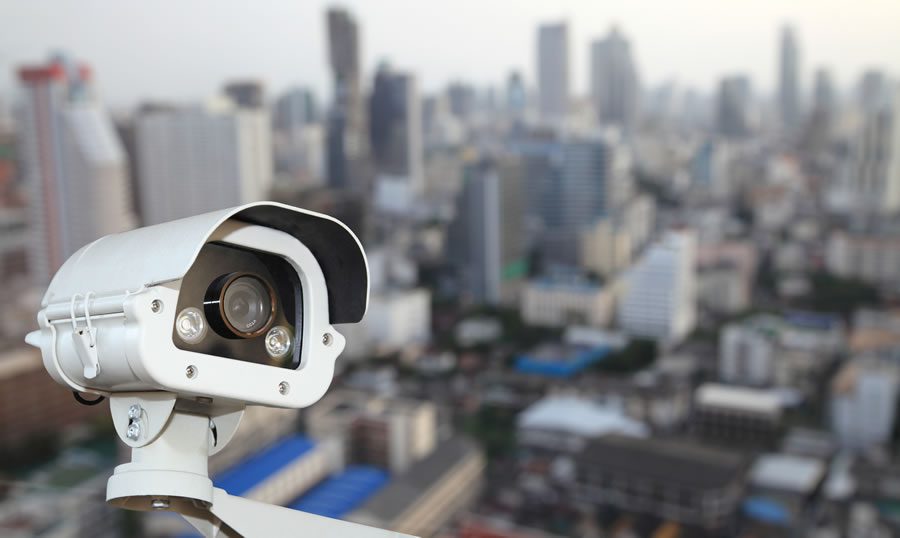 Cameras are now a part of most of our everyday lives. Security cameras in stores, cameras on streets, the ubiquity of the smartphone – the ability to film people in almost any situation is now just part of the reality of daily life. There have been a lot of benefits to having more proverbial eyes on the public, helping to ensure safety and security, but it isn’t without its controversies. In pretty much all areas of life, there is the potential to be filmed and the privacy concerns that might come along with it. As adults in a democratic nation, we are entitled to an expectation of privacy, even with all the enhanced abilities to inadvertently or intentionally film someone.

This is all well and good when it comes to adults, but what about when it comes to children – to minors? Security cameras of various stripes are now commonplace in many schools, from elementary schools to high schools and colleges. With school shootings and a seeming increase of youth violence always on the news, there are good reasons for concern and many think that the use of cameras in schools is a great way to reduce crime, violence, and help improve the safety of our children.

Schools are supposed to educate our children in a safe and healthy environment. Safety is, of course, one of the utmost concerns for teachers, administrators, and parents. The use of security cameras in school is argued to enhance this safety and also to provide needed documentary evidence in the event of an emergency. However, there are some controversies associated with the blanket use of security cameras in schools. There are some that claim that potential privacy violations are negated by the improvements to student safety and the ability to recreate a scene after it happens.

Cameras are already really common in schools. They are designed to film both students and faculty staff and with each passing year, more and more schools are using security cameras to improve safety on school campuses. Statistics from the National Center for Education Statistics show that some 73% of elementary schools, 88% of middle schools, and 94% of high schools in the United States have security cameras in use, so this is not a future concern, but one that is current right now.

Reduced cost is part of the reason for their increased presence in schools. However, increased concern about school shootings, other violence, theft, and the like, have also made these systems far more attractive for schools to use. While it might make some feel better to know that there are eyes on their children and their teachers at all times, for others, it presents a range of security concerns about violations of minor privacy rights as well as the reasonable expectation of privacy. Many parents and others have lodged complaints about the use of security or surveillance equipment in their children’s schools. This has led to the use of video redaction software if something occurs at school that needs to be forwarded to law enforcement or some other government or oversight agency.

Do Security Cameras in Schools Work?

This isn’t the easiest question to answer. The short answer would be yes and no, which is highly unsatisfying. There is a lot of evidence that supports the claim that simply having security cameras in use helps to deter bad behavior. The idea is that kids if they know that an adult could be watching at any time, are less likely to do something worse than they would be if cameras and thus the eyes of adults weren’t on them at all times. There is a lot of weight to this and many schools have reported a significant decrease in vandalism and theft after installing these security systems.

Bullying is a common problem at many schools and sadly, there is a lot of evidence showing that it may even be on the rise. With the advent and rise in popularity of social media, it is easier than ever before for a child to get caught in a negative loop of bullying and the problems with self-confidence that this can cause. Many students have reported that they feel safer with cameras and are less likely to be bullied when it can be documented for school administrators, parents, or even law enforcement to see.

Having these cameras does not, of course, prevent all crimes or bad things from happening. Parking lots, sports fields, and other common areas are most often where security cameras are employed on school grounds. This means that, if and when something takes place, the footage gathered by these cameras can shed light on what happened and who was involved in it. This makes it so much easier to get to the root of a vandalism or theft problem and can be used in a court of law if this is necessary. As noted above though, there are privacy concerns which mean that any school footage that may be used for a criminal proceeding must be properly redacted so that faces and other identifying information about innocent people who happen to get caught on video are protected.

One of the biggest perks associated with the use of security cameras on school campuses is that it makes the campus far safer from outside predators and gives administrators a unique opportunity to keep their students and faculty safe at all times. Studies show that unauthorized people are much less likely to try to get on school grounds when they know that cameras are in use. This deterrence cannot be overstated. The mere fact that the cameras are known to be present on campuses has shown to reduce a lot of crime just on that fact alone. People are much less likely to act unlawfully or inappropriately when they know someone could be watching.

While cameras cannot prevent all violence and bad behavior, they can help resolve the record of what happened if something bad does take place. In the event of bullying, theft, or even a violent altercation, the film contained in these cameras is invaluable evidence that can be used by law enforcement and the judicial system, as well as by the school administrators themselves. The footage makes it possible to recreate the scene of the crime and get a first-hand vantage point on what took place.

There are different policies in place concerning the storage of old security footage. Most schools do not keep a complete log of all their video footage. Most footage will be deleted after 30 days, which not only helps to free up space on the hard drives of these systems, it further helps to keep privacy secure by not maintaining an excess of film footage that is unnecessary to maintain.

For many people, security cameras in school are a tough thing to make sense of. On the one hand, it seems like there comes a point when we are just surveilling too much and it doesn’t make sense for liberty or privacy concerns. Even the reasonable collection of film or other surveillance materials can present privacy concerns that schools, like all other institutions, must address due to the continued increase of use of cameras and other surveillance equipment in schools. There are some privacy measures in place that help to protect the identity of innocent students, but there will still need to be further enhancements to these rules and regulations over time, as the software and its prevalence continue to increase.

Overall, though, these systems appear to be getting a lot of support from parents, administrators, and even the students themselves. Many students report that they feel safer at their school when they use security cameras. It can reduce bullying and theft which can make students feel safer and more confident when at school, Cameras give parents peace of mind that their children are being watched over and that everything that can be done to ensure their safety is taking place. In a world where violence seems to be ever-present, having extra peace of mind that our children are safe at school can be invaluable.

Security cameras in schools have also made it easier for law enforcement to solve cases of theft, vandalism, or even violence. The footage captured using security cameras can be used to recreate the chain of events and may even be used in a court of law if any prosecution is warranted. While there are valid privacy concerns that have been raised, the increased use of video and audio redaction software has made it easier than ever before to ensure the privacy and security of anyone captured unintentionally on security footage.

There is still a lot to work out in the best way to keep our kids safe in schools but most evidence supports the value of using security cameras in a school. Not only do they make students feel safer and give parents peace of mind, but there is also plenty of evidence that shows that the simple presence of security cameras has a chilling effect on crime and bad behavior. Statistics associated with their use in schools has also shown them to be highly effective at deterring bad behavior and making it possible to obtain justice if bad behavior does occur.

Student Data Protection Regulations in the State of Montana

Montana HB 745 is a student data protection and online privacy law that was enacted in the U.S. state of Montana in 2020.