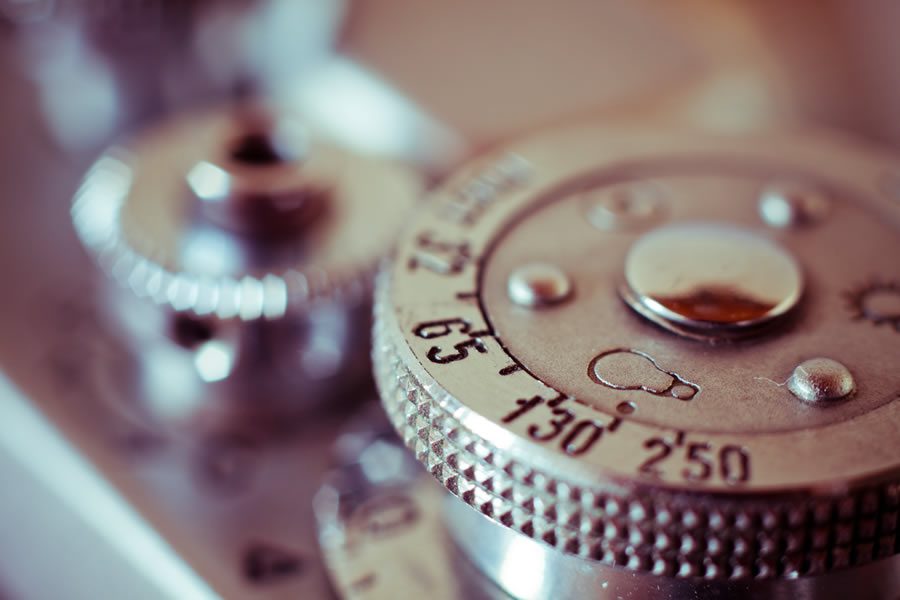 We’ve talked about frame rates previously, and how the human eye can “artifact” details, or fill in what it perceives should be in the image when the frame rate is poor. Now let’s discuss camera resolution and how it affects the videos your agency is recording.

Interlaced imagery has been passing through your televisions for as long as you’ve had one, up until the last ten years or so. Interlaced images in the video are where frames are dissected into odd and even rows, and the even rows depict data from the frame you’re watching, while the odd rows are left blank during transmission, with the data transmitted in the next frame, and vice versa. If this sounds confusing, it is, and it should tell you there’s a problem right off the bat. At the advent of television, the ability to transmit signals to households was the biggest thing holding broadcasters back from holding bigger markets. As the technology for signal processing and dissemination rose, so did the costs of beaming signals to given markets. From all the research we’ve done, it appears that interlacing was an attempt to cut some of the costs involved with broadcasting content for major networks, who found that the market for 24-hour channels was increasing rapidly. Interlacing allowed for coaxial cable, which dominated signal reception as you may recall, to develop “standards” for cable, which catered to this antiquated manner of delivering video content to consumers. This meant that to show people a program with fluid motion on television, networks would send 60 half frames of video a second through their cable or satellite service, which draws us to that standard frame rate of television shows, 30 fps. What this means is that virtually everything you’ve watched on television up until very recently was perpetrating a fraud on your eyes. If you have an old VHS tape recording from television, the best way to find this out for yourself is to play the tape, and then randomly hit the pause button. When you do, you’ll likely find blurring in the frame where two points of interlacing don’t match up well, which is known as “combing.” This is where those odd lines from one frame and even lines from the frame previous to that are mixing together to show you the motion that is going occurring within the frame, but these moments of combing are points where the data is fighting for space in the frame, creating a portrayal of inaccurate information before your very eyes. Now, it’s fair to point out that it’s also likely that the motion you’re seeing in these frames is accurate in terms of what was happening at the time the program was originally aired. However, the way our old television sets and technology worked was in a way that had to purposefully manipulate the video to show you what happened. If you’ve ever heard of evidence in case getting thrown out due to manipulation or poor interpretation, then you know what you just read would be grounds to call into question quite a bit of previously held evidence, such as closed-circuit television video, security camera footage, even surveillance van video. And that’s not good.

In our video frame rates article, we talked about the fact that there are limits to the amount of information the human eye can process within its field of view. We also talked about the fact that the human eye will make up, or “artifact” information into a series of frames that present too little information. When we factor in combing, we can see that the likelihood of our eyes creating artifacts is too high for the purposes of evidence. But to solve this problem, we need to understand what we have available in terms of technology.

Types of Resolution and Aspect Ratio

If you’ve spent any time shopping for televisions, you know that at one point there were 1080i screens, which is a reference to the number of pixels, and the formatting of the frames that make up the content you’re watching. In this example, 1080 means that the screenplays with 1,920 pixels horizontally and 1,080 pixels vertically, and that those pixels are part of interlaced frames. Interlaced resolutions allow for 30 frames per second. The 1080p screens use the latest standard aspect ratio of 16:9, which all televisions have converted to, after previously using 4:3. The aspect ratio refers to the width and height of units used within a screen for display purposes. Both the 4:3 and 16:9 ratios, if you were to draw them, would present a typically sized rectangle. Since the 1080i screen, there is now 720p, and 1080p, which play at 1,280 pixels by 720 pixels, and 1,920 pixels by 1,080 pixels respectively, at progressive frame rates, which jumps from 30fps to 60fps.

But, we care about the cameras we are using, not necessarily the screen playing the videos. In presenting this information to you, we’re trying to give you an idea of what you should be expecting from your cameras, rather than accepting what you may be told is the “industry standard.” Many body cameras and dash-camera manufacturers are trying to maintain a market on resolution technology from years long gone. One such vendor still stands by 480 VGA, a video resolution created by IBM when they were still making computers, in 1987. We ask you, do you want your most sensitive investigations being supported by video quality from the 1980s? We don’t believe that is of interest to you and your agency.

As technology continues to evolve in the consumer market, so should technology used in public safety. Cameras are designed for progressive formats and should be shooting at 1080p, which is considered a full-frame high definition. We talked about the fact that with frame rates, there are options, but when it comes to the resolution of the camera, there’s no question that devices your agency selects need to be prioritized by the resolution they produce. One of the major differences that can be noticed with small resolutions is the inaccurate colors presented because natural lighting plays tricks on the camera’s iris. We need cameras that aren’t as susceptible to lighting mishaps. Officers are working in dark environments, equally as much as they are working in heavily lighted environments, and each scenario presents difficulties for cameras. While the human eye can pick up on those details that help keep them safe while dealing with a scene, antiquated video resolutions do not, and we do no justice for officers, or our communities, by putting weak technology into the field.

There are many other video resolutions beyond 1080p, like 2K and 4K, and those may eventually get perfected for the type of devices being used in public safety today. However, for the time being, 1080p is your best, and only true option when dealing with cameras. Whether it’s a non-emergency call, an investigation, or a complaint you’re reviewing, the details matter, and you need technology that is presenting all the details.