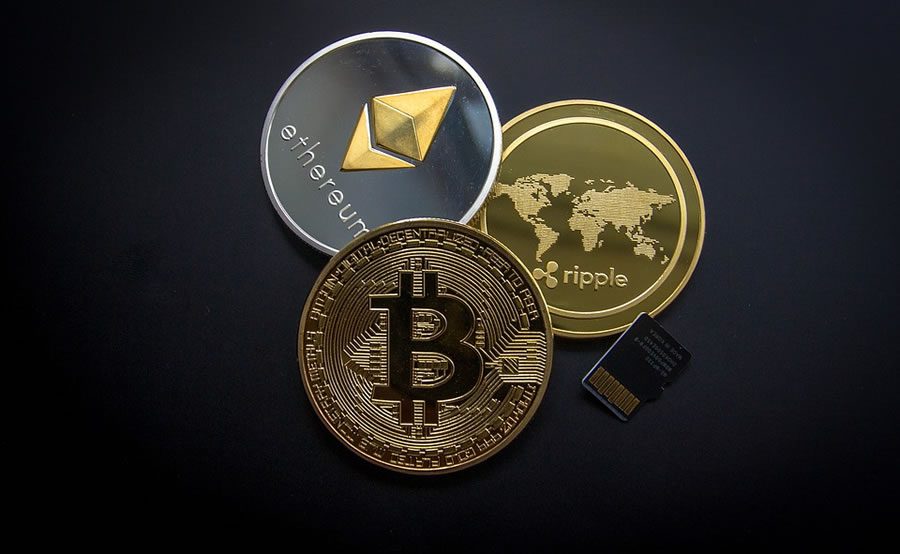 The introduction of the cryptocurrency known as Bitcoin in 2009 to the world was met with a mixed reception. While some praised this new form of currency and its ability to provide anonymity of transactions for its users, others rightly predicted that it would in large part be used on the black market. Although cryptocurrencies are mostly used for legitimate purposes, participants in illegal markets such as the narcotics trade have found that cryptocurrencies are useful tools in avoiding detection of their illicit trade by law enforcement. As the use of cryptocurrencies continues to grow, law enforcement officers and prosecutors at all levels of government must have a basic understanding of what they are, how they work, and what to do with them if and when they are seized pursuant to a crime. By having this understanding, law enforcement officers will be able to handle with confidence any potential encounter with cryptocurrency that they may face in the performance of their official duties.

Cryptocurrencies: What are They?

Cryptocurrencies such as Bitcoin, Litecoin, and Ethereum are digital assets that use various forms of cryptography in the transfer of said assets from person to person. Unlike traditional banking systems, cryptocurrencies are not centralized and cannot be controlled by any government or corporation. Most cryptocurrencies have a limit as to how many individual units will ever be in circulation. This means that unlike your average fiat currency, governments will never be able to produce more cryptocurrency units in times of economic hardship. Since cryptocurrencies are so decentralized and lack any type of government oversight or control, it is very difficult for law enforcement officers to use traditional techniques that are often employed when tracking the way criminals and criminal organizations move their money around. Cryptocurrency assets seized pursuant to the commission of a crime are in every way pieces of digital evidence and law enforcement departments and agencies must figure out how their digital evidence management systems can be modified for updated to handle these seizures. Failing to plan ahead when dealing with cryptocurrencies is a definite plan to fail for law enforcement.

Since 2014, the US Marshals have been auctioning Bitcoin that has been seized in the process of criminal investigations from any number of federal agencies. The Marshals, the US’ oldest law enforcement agency, has always had a strong auctioning service, which is intended to supplement law enforcement needs at the federal level, by selling off the assets of criminal enterprise.

While the US government does not formally recognize Bitcoin as a legitimate currency for trade and commerce purposes, the Marshals who continue to inherit thousands of Bitcoins annually for auction, clearly see that there is a value placed on these cryptocurrencies by the general public. In January of 2018, they placed their largest offering of Bitcoins to date, just over 3,800, with an estimate value of $51.5 million. That is a lot of money. It is clear that regardless of government position statements, cryptocurrency is going to retain value for some time, and that law enforcement agencies will have to evaluate how to handle, store, maintain, and ultimately purge these items independent of political concern.

The Darknet: Where Anything Goes

Darknet markets such as the Silk Road are online black markets that specialize in providing consumers illegal products or services, especially narcotics. The decentralization and anonymity that cryptocurrencies provide to their users are especially attractive to those buying and selling in Darknet markets. While law enforcement officers have been successful in shutting down two iterations of the Silk Road market, other Darknet markets have popped up to take their place. If suspects who frequent online Darknet markets are encountered in the real world, it is imperative for law enforcement officers to legally seize any electronic evidence in their possession. After these items are recorded and cataloged in the department or agency’s electronic evidence management system, it is recommended that these items undergo a full forensic exam to look for evidence of any illegal transactions. Cryptocurrencies can legally be seized by law enforcement much like paper money, and investigators should not hesitate to do so when the situation presents itself. Seized cryptocurrencies can later be converted into more traditional forms of currency and be used to fund future law enforcement actions. Taking profits out of the hands of criminals may in fact be the most effective way to deter future criminals and punish current offenders.

Does your department or agency have a digital evidence system capable of tracking and storing cryptocurrency? Does your department or agency have the appropriate digital evidence management software needed to record and catalog any cryptocurrency transactions? If the answer to either of these questions is no, you may need to reevaluate your current situation and update your systems to keep pace with an ever-changing world. Another serious consideration when dealing with cryptocurrency is storage. Like most every other evidence room best practice and procedures highlight, currency is always stored separate of other types of evidence, usually within a safe that requires two sets of combinations to unlock, and consequently two people to handle, verify, and store said currency.

Handling cryptocurrency as evidence should mimic the same practices used when handling fiat currency, keeping in mind that these are digital items. That means that law enforcement should consider a separate on-premise storage device for storing and managing cryptocurrencies, that is interlaced through a secure portal that only provides access during handling activities, like entering cryptocurrency into the device, and removing it. Management activities should be passive, meaning that the digital evidence management system used will record the designated activities that your personnel are going to apply to cryptocurrency, and then once they affect the command to implement their intended movement, the system accesses the storage device, completes the activity, and then cuts off access.

If these are things your system can’t do, your agency is not prepared for the future.