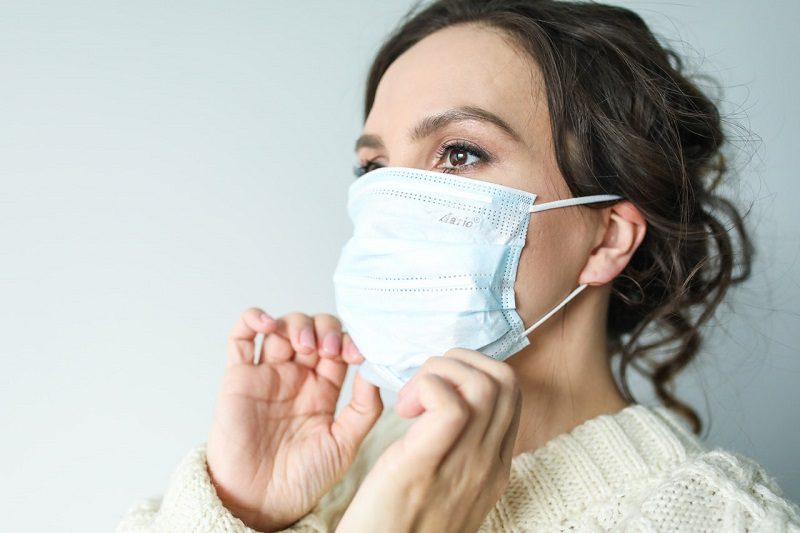 The news is frightening. It has been all over the news. The coronavirus is now considered a world-wide pandemic. The name COVID-19 is short for coronavirus disease 2019. It is one of a large family of coronaviruses that have a commonality between people and animals. In this case, it is suspected the source of this coronavirus is bats. It is also known in the medical community as SARS-CoV-2.

While it is rare, it does happen that these viruses can jump from animals to human beings and then spread rapidly from host to host. This has happened before with illnesses such as SARS-CoV and MERS-CoV. All three of these particular diseases are a type of beta-coronavirus, and all three have another thing in common, bats.

As COVID-19 first emerged, all those who were ill, were located in Wuhan, Hubei Province, China. All of the first patients had been known to frequent a large market that sold seafood as well as live animals. This pointed researchers to understand right away there was a connection between animals and humans. However, after the first cases, more new cases began to appear. These new cases had no contact with this market which alarmed virologists across the globe as this was now an indication that this particular strain of illness was now linked to person-to-person spread.

As scientists became aware of this person-to-person spread, people were already dying. Another issue is the ability for today’s citizens to travel globally very easily. While China was working to figure out what this anomalous illness was, the disease was already spreading outside of its borders. It can now be found in 108 countries, including the United States.

What Makes A Pandemic

The word pandemic comes from the Greek words ‘pan’ which means all and ‘demos’ which means people. If the CDC declares a pandemic, it has determined that a disease is out of control and has the ability to affect all people. A pandemic generally refers to an outbreak of disease that can quickly spread across large regions, and are quickly found to be world-wide in a short amount of time.

If an illness spreads across a large region, but the number of those getting ill are generally stable, it is referred to as an endemic. While there have been yearly flu endemics, they are generally seasonal and not usually included under the category of pandemics.

One of the most destructive pandemics in human history was known as the Black Death which occurred in the 14th century. It is estimated that it killed approximately 75-200 million people worldwide. There have been a number of worldwide pandemics throughout our human history including diseases like tuberculosis and smallpox. As recently as 1918, the Spanish flu, which is a type of coronavirus, an H1N1 flu virus, spread rapidly worldwide and infected nearly 1/3 of the world’s population. It took the lives of approximately 100 million people globally.

Recently, the world faced a second round with an H1N1 flu virus. In 2009, the new H1N1 virus was called the Swine flu and also was a result of animal to human virus spread. It was a recombination of bird, swine, and human flu virus that further incorporated a Eurasian pig flu virus which is where it got its common name of Swine flu. It infected approximately 1.4 billion people across the world and caused approximately 575,000 deaths.

Today there are still two pandemics that are on a global scale. HIV is considered a global pandemic. The numbers as of 2010 show that over 6.6 million people are infected. There is no known cure. The latest pandemic which is currently spreading quickly across the globe is COVID-19. Many countries which have been overwhelmed by the staggering number of cases have begun to close down public places and quarantine hot spots, leaving citizens in their homes.

As of March 10, 2020, the first of what may be many, an entire community in New York has been quarantined in place for the next several weeks in an attempt to reduce the spread. Schools across the United States are closing their doors, having both children and adult students continue their studies online. The symptoms are far more severe for those who are elderly, have weakened immune systems, or upper respiratory conditions. The majority of cases are not severe, but there are still a significant number of cases that go beyond fever, sore throat, runny nose and sneezing. These are the cases that will progress into pneumonia and multi-organ failure. Since its recent outbreak, COVID-19 has taken a large number of lives across the globe and the numbers are still growing.

Almost everyone realizes their health records are covered by privacy laws. HIPAA or the Health Insurance Portability and Accountability Act, was signed into effect by President Bill Clinton in 1996. There were many reasons behind this act beside protecting your privacy. With increasing modern technologies, it was created to overhaul the flow of healthcare information.

HIPAA also stipulates how personally identifiable information that is tied to health records should be maintained to protect the patient’s privacy. However, HIPAA does many other things as well. It protects patients from fraud and theft, as well as medical providers. It also tackles the problem that can happen as a result of limitations on health insurance coverage.

The act was intended to be an all-in-one protection to address a variety of issues between patients, providers and insurers. In fact, HIPAA consists of five individual titles.

The HIPAA privacy rule which falls under Title II was further implemented with additional regulations under the HITECH Act, which stands for Health Information Technology for Economic and Clinical Health Act. While the privacy rule portion became effective April 2003, the HITECH portion compliance became effective January 2013, through the Final Omnibus Rule when HIPAA was updated in Washington DC.

Prior to the HITECH Act if there was a breach of a patient’s personal health information, they were not generally reported unless the patient came forward. Prior to 2013 the organizations or individuals involved in the breach had to prove “significant harm” in order to file a suit. After the HITECH Act was implemented the ruling became that those organizations who caused the violations were then responsible to prove that no significant harm had occurred by their actions, and the party who felt harm no longer had to prove harm.

With all these health privacy laws, titles and additional regulations one would expect that their personal health information may as well be locked in a vault and secure from anyone’s peering eyes other than themselves and the doctors visited. That would be a wrong assumption.

The U.S. Department of Health and Human Services (HHS) when facing a national emergency, crisis, or a pandemic has the authority to throw out all HIPAA privacy rules regarding patient information. The regulations that allow for this fall under the Pandemic and All-Hazards Preparedness Act (PAHPA) of 2006External and the Pandemic and All-Hazards Reauthorization Act (PAHPRA) of 2013External. Both of these regulations fall under the Public Health Service Act or PHS.

Under section 319 of the PHS allows for certain government authorities to determine that there is a health emergency. For example, the HHS can identify and establish that a disease or disorder presents a public threat. This can include a public health emergency, outbreaks of infectious disease, pandemics, or even bioterrorist attacks. After a section 319 declaration, modifications can be made to Medicare, Medicaid, Children’s Health Insurance Programs (CHIP), and release medical providers from HIPAA requirements. Under section 1135 of the Social Security Act, waivers and modifications to these regulations are permitted to guarantee that health care items and other services are available to all who need them during a national emergency.

When it comes to the health and safety of the entire nation, the privacy of your personal health file, is not a priority. Keeping the country and everyone in it safe from infection takes precedence.

Now that the country is facing a crisis, citizens are realizing the importance of emergency preparedness, and it may be a little too late. The CDC has been posting for several years through a wide range of attention-grabbing media the concept and importance of emergency preparedness. They even used the popular television and movies that included zombies as a way to grab the attention of youth and bring their parents into their site to discuss how to prepare for emergencies. While the concept was fun, the idea behind it was quite serious.

According to the CDC more than 48% of Americans do not have an emergency preparedness kit in their homes. Keeping a kit in your home could save your life and the lives of your family members in the event of a crisis. When creating a kit, if you have pets, be sure to create a kit for them as well. If you haven’t already started, here are some suggestions to get you going. Start with a good-sized plastic bin and fill it up with the following:

Now that we are in the midst of the COVID-19 outbreak, it doesn’t mean it isn’t too late to pull a kit together. It’s important to get started right away, as you may have days, weeks or years, but some day an emergency preparedness kit could save your life, a family member’s or even your pet.

When working with debt collectors, healthcare providers are still required to comply with both HIPAA and the HITECH Act.