What is Automatic Translation? How Accurate Can it Be? 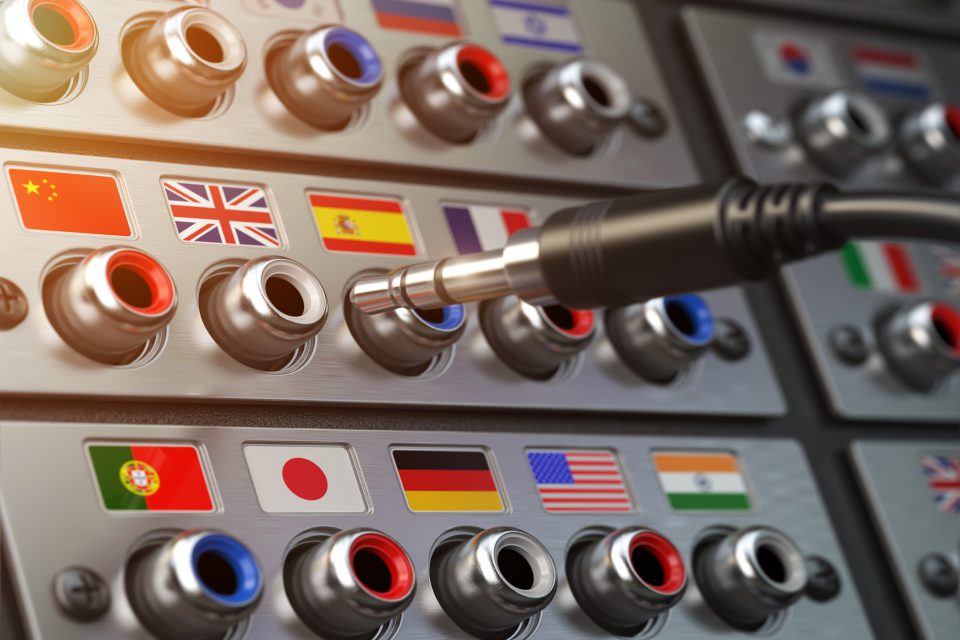 As the world has become more interconnected than ever before due to the rise of the internet and the digital age, there are more situations than ever before in which people must communicate with others who speak a different language than them. Whether it be in the context of a business trip or trying to order food from a popular local restaurant, the ability to be able to translate one language into another is more valuable than ever before. While the work of translation has historically been done by people who underwent specific training and education, there are software programs that will do this work automatically in a fraction of the time.

Automatic translation works by substituting a human translation for machine learning and AI capabilities. These machines typically translate words by using other words nearby as a reference point and making a substitution in one language that is as close as possible to the language being translated. However, this is often at the expense of accuracy, particularly when it comes to complex words, sentences, or statements. This is due in large part to the machine’s inability to pick up the context when analyzing certain phrases and sentence structures. As language has evolved over thousands of years, some of the nuance and specificity that is conveyed when speaking to another person will be lost when a machine is translating.

What is automatic translation?

As such, neural and corpus statistical techniques can be used to improve upon the machine learning process, such as the translation of idioms, handling differences in linguistic typology such as subject-verb agreement, and isolation of various anomalies. What’s more, some automatic translation software offerings will also allow users to customize their results based on a particular domain or profession, such as weather reports, so that overall output can be enhanced by limiting the scope of allowable substitutions. As machine learning software often struggles to pick up on context, this is particularly useful in domains where academic, technical, or formulaic language is used.

Pros and Cons of automatic translation

The primary pro of automatic translation is the time and money that is saved when compared to enlisting in the services of a human translator. As human translators will be looking to pick up all the nuances and subtleties contained within a given language in order to provide the most comprehensive translation possible, this process will take a lot of time and effort. This is compared to an automatic translation software option that will complete the process in a matter of minutes. Alternatively, the cost of hiring a human translator may not be economically feasible depending on the project or work that is being completed. Generally speaking, human translators can charge anywhere between $30 to $250 per page of translation depending on the skill, expertise, and experience of the translator in question.

Alternatively, the primary con to using automatic translation is the decreased accuracy when compared to that of a human translator. This is even more pronounced for languages that may not be commonly spoken or referenced in the English world such as Malay or Farsi, which can have automatic translation rates as low as 45%. As human translators are trained professionals with years of experience, they have a level of prowess and proficiency that will never be completely duplicated by a computer program. In instances where a translation must be 100% correct and free of errors or missed context, a human translator will prove to be the superior option.

See the example below of 100% automatic translation without any human involvement:

How accurate can automatic translation be?

The accuracy of a particular machine learning software offering will largely depend on the two languages being translated, as well as the length and complexity of the passage being translated. As an example, Google Translate works very well when translating basic sentences like “I love you” from Spanish to French, as both languages are romance languages that derive from similar linguistic sources. Furthermore, I love you is a very basic sentence with a straightforward context. Conversely, translating a paragraph about mechanical engineering from English to Mandarin would prove extremely difficult for an automatic translation program to handle, as Mandarin and English are two languages that developed completely independent of one another and mechanical engineering is a very complicated subject matter.

As linguistics is a vast and ever-changing space that encapsulates the emotions, feelings, and sentiments of an entire culture over a long-standing period of time, it is impossible to capture everything without the use of a human translator. As such, those who are looking to translate long passages or are seeking translations in a language that is very different from their own will struggle to have their needs met through automatic translation. Nevertheless, automatic translation works very well with similar and widely spoken languages like Spanish and French when using basic sentences. Additionally, automatic translation continues to improve every day with the goal of becoming as accurate as possible.

Translation for Use In a Multitude of Different Industries

While translation has proven to be an indispensable and invaluable tool in regard to global commerce, translation can take many different forms.

Automatic Translation in the Context of Global Commerce

Translation is a process that has been pivotal to interactions between human beings since the development of written language in ancient times.

If retail expects to grow and draw in a new consumer population, it is essential to have clear, consistent customer communication. Regularity, communication, correspondence, and customer service options are some of the most critical factors in finding success. If a retail company cannot communicate effectively with everyone, first impressions matter, and the company runs the risk of irreversibly damaging their brand value and reputation. If retail can use communication to be impactful and clear when a new customer shows interest, then the organization leaves a mark on the customer, which is built upon respect.

In today’s piece, we’ll be discussing legal requirements for demonstrating accessibility on your organization’s website, what accessibility is, why accessibility is important, and how you can create accessible media content with CaseGuard.