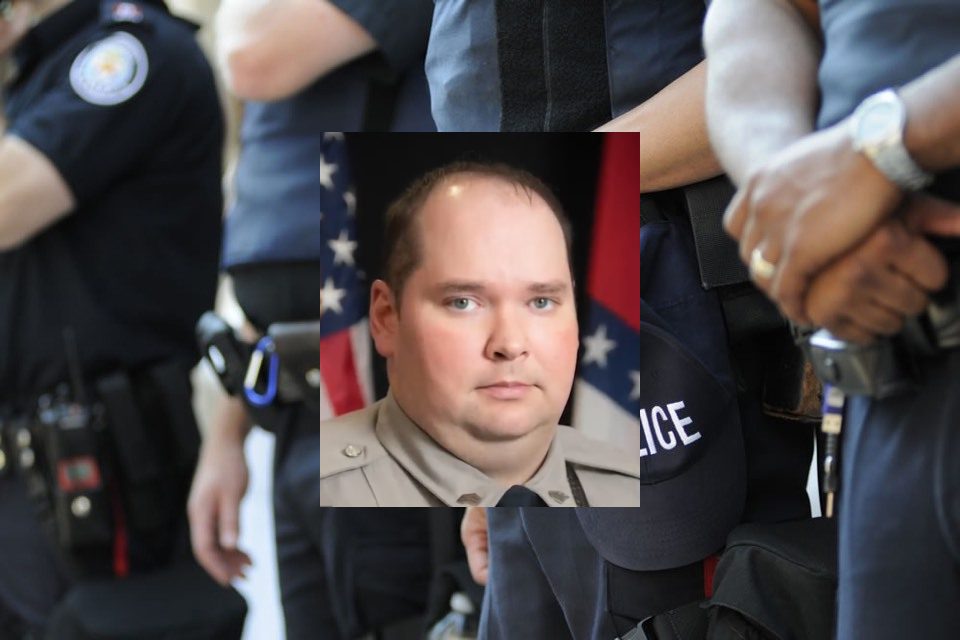 Residents in Arkansas were disheartened to hear that the state had lost a state police officer to the COVID19 pandemic. On Sunday, September 5, 2021, Sergeant Matthew Chandler Moore, badge number 5541, died due to complications from contracting COVID19 while on the job. COVID19 has become the number one cause of line-of-duty deaths for law enforcement officers in the United States. The Moore family will receive full death benefits to help in their future as the federal mandate was put in place to help protect the families of law enforcement officers during the pandemic. Officer Matthew Moore was 34 years old.

The most recent assignment that Sgt. Moore had as an officer was performing traffic-related duties at the Arkansas/Tennessee Line. These duties exposed him to many residents and citizens passing on Arkansas highways. Most likely, it was during these interactions that Sgt. Moore contracted the virus. The US has lost hundreds of law enforcement officers during this pandemic. The very nature of the job of an officer does not allow for social distancing. Each day officers put themselves and their families at risk to an invisible threat. Sgt. Moore had been serving with the Arkansas Highway Police for more than eleven years. He is the second officer in the department’s history to die in the line of duty.

Arkansas Highway Police is a different branch than the Arkansas State Police. The agency was founded in 1929. This was when many states were initiating state police or highway patrols to respond to the growing number of automobiles on their roadways. The first force included twenty officers. The jurisdiction of the highway police covers more than 53,179 square miles of roadways. These officers keep roads safe and protect approximately three million residents each year, along with travelers who may be visiting the state or driving through it.

Sergeant Matthew Chandler Moore leaves behind his wife, two children, and parents. His father was also in law enforcement. Area law enforcement agencies will help the family celebrate the life that Sgt. Moore had lived. In addition, residents, friends, neighbors, and extended family will offer support to the Moore children and other family members in the challenging years ahead.

The First Judicial Drug Task Force posted the following announcement sharing their grief over the loss of a friend and fellow blue family member Sgt. Moore. “We are heartbroken to learn of the passing of a young brother in blue: Chandler Moore, Arkansas Highway Police, End of Watch 9-5-2021. He was a kind, professional, and well-respected policeman and a friend to so many in our district.”

Forrest City Police Chief Deon Lee shared his enormous grief online, describing knowing Moore’s father as a friend and fellow officer – both being proud to watch Sgt. Moore as he earned his uniform. “It is with a heavy heart that I come to you today and ask for your prayers of strength and protection. Today one of our own is being laid to rest. Some would say that Mathew Chandler Moore became a part of our family in 2008 upon graduating from the police academy. However, you would have to go far beyond that date. You see, in this business, your kids have a much bigger family. We watch each other’s kids grow up as closely as any aunt, uncle, or close cousin. Seeing Chandler, as he was known to me, grow up with his father, Lieutenant Edgar Moore, was like watching any of my nephews grow up. We laugh at the good times, and we shed tears during the proud times. Seeing Chandler grow up into the integrity-filled man that he was made me as proud as seeing any of my children become successful in life. The day he graduated from the police academy and seeing him come to work in that uniform, you would have thought he was going to be a force to be reckoned with. But while he was a towering giant, it was his heart that made him bigger than life. Chandler was a caring police officer, and it was easy to see why he followed in his father’s footsteps. He was the genuine definition of a civil servant.”