Privacy in the Era of Drones and Aerial Surveillance 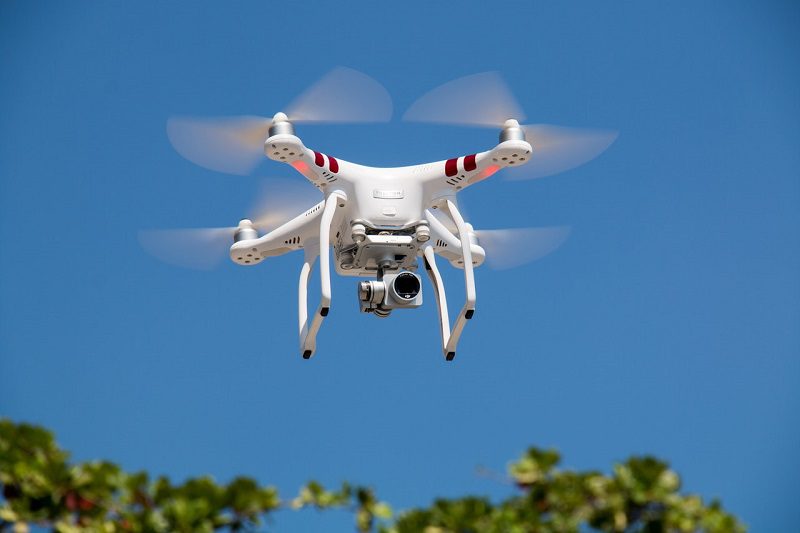 Unmanned Aerial Vehicles (UAVs) or Drones have flown into our lives both as commercial and military hardware and for the consumer hobbyist. Drones are really useful, hence the massive market for the devices and the enormous demand for the products. The possibilities for drones in an industrial setting are vast: industrial monitoring; aerial surveillance; aerial photography that, linked to AI, provides a machine vision; even smart agriculture flies on the back of drones. And who doesn’t want a drone, just for the fun of it?

What Can Drones Do?

Drones are really remarkable devices. They can float in midair, do backflips and spins; they can travel effortlessly and precisely across narrow spaces or in tandem with other drones, and they can do all this while holding items like a stabilized video camera and a multitude of other technology on board. The extent of their flexibility is what makes them a viable choice for a range of different tasks. Drones can be used as weapons in distant wars, or they can help to re-invent the way humanitarian aid is delivered. Drones may help advance science study, or they can do tracking, monitoring, and surveillance work.

Drones are often referred to as a suitable alternative to manned flights, primarily due to their versatility and unique capabilities. Drones can be a continuous, highly focused, and low-cost method of surveillance. These can be deployed on-demand and can usually stay longer in the air than the manned aircraft. They are versatile in terms of the tasks they can perform, they can accommodate high-resolution images and sensors, and the “plug and play” payload flexibility makes them easy to customize to a particular flight purpose. They can also cover vast and remote areas. Some of the latest surveillance technologies that can be applied to drones include:

According to a report released by the Pentagon, the use of drones for aerial surveillance by the Department of Defense had reached its all-time high in American history. Traditionally armed drones have been known to be used abroad in war zones like Syria, Yemen, Somalia, Iraq, and Afghanistan to launch counter-offensive attacks on the terrorist groups and other militia groups in those regions. Domestically the department of defense has been using drone surveillance to help in firefighting, in Operations supporting domestic Department of Defense facilities and military bases within. The DoD has also utilized drone surveillance in supporting civil authorities at the southern border, in supporting civil authorities in hurricane/flood response, in civil law enforcement, counter-drug, and terrorism.

The use of drones in aerial surveillance is seen as a move that could potentially revolutionize traffic accident reconstruction procedures. Drone aerial surveillance has also been very important in traffic management, telecommunication (creation of temporary network) farming, and many other uses still on trial phases.

What Is the Problem With Drone Surveillance?

Concerns about both private and state use of drones in surveillance are being raised by civil rights and liberties groups such as the Electronic Frontier Foundation (EFF). Such groups and others are calling for tighter controls on the use of drones to protect the right to privacy of individuals. The U.S. drone regulations established by the Federal Aviation Administration (FAA) is similar on a state by state basis, to the data protection laws in the U.S. Several other countries are also addressing the use of drones and have guidelines on privacy rights in legislation. Yet this is a moving target (pun intended), and keeping laws up to date with technology is also a challenge.

The information that drones gather, especially when used by governments or law enforcement, can be tremendously sensitive and drones may provide a backdoor for hackers to access vast amounts of data stored not only on that particular device – but also on a central server to which it is connected.

There is a huge question as to whether current laws that exist across the globe in different jurisdictions can adequately protect ordinary people from the privacy threats presented by drone technology.

Invasive Aerial Surveillance Can Identify You

With its capacity for accurate zooming at short distances, aerial surveillance, combined with other automated identification technologies, will allow the easy cataloging of individuals and their activities. There are two major automated identification technologies that could enable easy identification from vast distances: automatic license plate readers and facial recognition technology. These technologies are now commonly used by government agencies. U.S. Immigration and Customs Enforcement operate a national network of electronic license plate readers to track people, and the FBI also operates a 50 percent U.S. adult facial recognition database and enables law enforcement authorities from hundreds of states to use it.

This means that the government could track sensitive activities and catalog individuals. Any person attending or leaving a political meeting, a union meeting, or a lawyer’s office may be recognized and cataloged. A drone could zoom in and check all the cars parked outside a medical center or church, and make a list of attendees in seconds without any human effort. Such concerns are not speculated. Study efforts by the American Civil Liberties Union revealed the fact that the FBI was using aerial surveillance to monitor protesters’ actions in Baltimore. Vendors selling drones to police departments stress their ability to pick individuals from public events, such as a political rally, as a benefit, not a source of potential abuse.

Drone and aerial surveillance, if put to good use, has tremendous benefits, but we cannot dispute the fact that it is prone to user violations and susceptibility. Take, for example, when police use it in crowd monitoring, if faces are blurred, for instance, through automated video redaction, then one will focus more on suspect behavior, thus avoiding discriminatory targeting. Privacy protection filters can be applied to body silhouettes and cars. In this way, faces, license plates, and accessories will all be filtered at the same time.

For example, celebrities are besieged by paparazzi drones, which have become a permanent fixture in their neighborhoods. This can lead to a menace to showbiz firms associated with releasing such images without properly redacting parts with minors, among other sensitive and personally identifiable data from such videos before posting online. This can be sorted by application and use of redaction services such as the one provided by CaseGuard Studio. It is imperative and necessary to quickly engage video reduction software for drones that can sensor images in real-time to go hand in hand with domestic drone protection laws.

For any new technology, we need to build it with privacy and protection in mind. Yet, like other innovations, these two roles are often forgotten in the race to the market required to succeed in a very competitive world.

Legislation is underway to monitor security issues that may impact drones during manufacturing. Nonetheless, this is not something that legislation alone can solve, particularly in a fast-paced technology environment. Drone users must ensure that all specific safety requirements are met. This involves the use of robust video redaction software. Other areas, like encryption, password hygiene, and firmware updates, should be part of the general ownership routine that a responsible drone owner performs.

Therefore, through proper deployment and utilization of video redaction software, drones will not be viewed as a problem that needs to be addressed but rather an opportunity that should be embraced. But this can only happen if the privacy of the citizens is guaranteed, and this can only happen through the use of video redaction in minimizing the negative effects of drone surveillance on the private lives of the public.

Body-worn Cameras or BWCs have seen a dramatic increase in use by law enforcement officers and agencies in the United States and Internationally. These cameras are changing the scope and practices of policing.

Is there some way that the innovation of science and computational directives from technological advances can reduce active shooter situations? What type of tech is it, and how can we deploy it to minimize the number of lives lost in active shooter incidents?