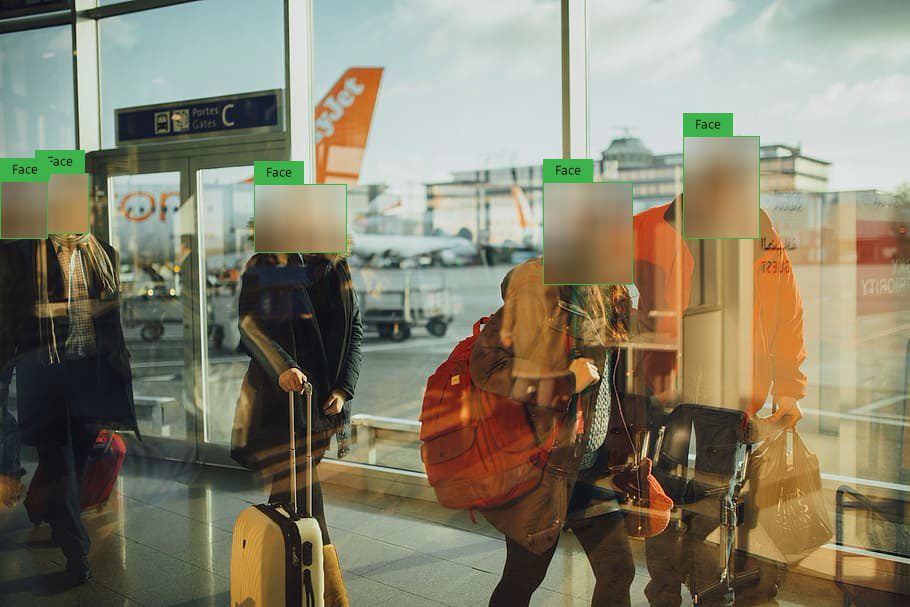 There is perhaps no location that perfectly illustrates the need for and use of video surveillance than airport terminals. Airports are multiple complex sites that require immense security and safety measures due to the combination of evolving threats to which they are vulnerable, such as terrorism and theft (of luggage and other high-value items), which is why they benefit most from the recent advances in video surveillance technology. International airports regularly remain at risk; therefore, extreme measures are needed to maintain the safety and protection of both its workers and passengers. Advanced video surveillance technology is helping airport officials monitor passengers and threats like never before. Airport security and surveillance refer to the safeguarding of airport perimeters, aircraft passengers and crew. Modernized airport security measures were first utilized during the 1970s, due in part to hijackings and bombings of commercial aircraft being the method of choice for extremist, terrorist organizations. But following various events throughout history, most notably the four terrorist attacks orchestrated in the United States on September 11th, 2001, aviation security and surveillance measures have been massively enhanced around the world.

Surveillance cameras are strategically positioned throughout the airport to record footage of all activities within and outside the location. Cameras are mounted at all entrances and exits; this is done in order to capture footage of anyone passing through the airport. They are also located around airline check-in areas and security checkpoints to obtain video recordings of passenger arrivals and activities as well as tracking suspicious behavior, and individuals who may present potential threats to travelers. Individual terminals, gates, and corridors are also surveilled during the boarding process, and so are the areas for baggage claim; this is a measure to prevent theft and to watch for potentially hazardous items.

With so many threats to monitor, both inside and out, video surveillance provides several benefits to airport terminals. Advancements in video technology are elevating airport security to new heights in the following ways:

All in all, an integrated system of video surveillance that works in conjunction with sufficient security resources provides a more secure environment, especially while being compared to when one of the safety procedures is implemented over the other. And this is because an IP surveillance system will make it very convenient for security officials to nearly simultaneously watch over multiple feeds and closely monitor the inside and outside of an airport terminal; the surveillance cameras offer enhanced video resolution, improved motion detection functionality, and sophisticated tracking capabilities to airport security, while the web streamed data unifies airport staff, enabling them to be more proactive, rather than reactive, in their response to potential threats.

FOIA and Its Relevance to Airport Surveillance

For a variety of reasons, which include conducting investigations, reinforcing theories, or pure curiosity, there has been a rising number of requests from private citizens and entities to federal agencies for information captured on surveillance cameras. Under the Freedom of Information Act, airport authorities and government agencies, such as the Department of Homeland Security (DHS), are required to respond to requests for information in their possession. The Freedom of Information Act, or FOIA, was a federal bill that was signed into law by President Lyndon Johnson. It was enacted with the intention to increase the transparency and accountability of government agencies by giving the public the right to access records from any federal agency. Whenever government information is not readily available to the public, an option availed to the people is to submit a request under the Freedom of Information Act. Under the FOIA, anybody, whether a United States citizen or not, can request information, and for that reason, it is incredibly important to for airport authorities to protect the identity and privacy of travelers, especially minors, and even air marshals whose job efficiency relies on them working undercover.

Video recordings are considered public records under the right-to-know laws, and although exemptions exist designed to ensure that the protection of personal identity is maintained, video recordings, upon request, are still made available for viewing. This practice is legal so long as sensitive information has been redacted before the contents of the records are shared. Therefore, government agencies and airport authorities must apply audio and video redaction techniques to conceal specific details collected that impede an individual’s anonymity and privacy. This action is done through the use of audio and video redacting software tools; audio and video redaction protects the identity of private citizens. Redacting a video and its sound involves concealing distinguishing details and marks recorded on the camera. Identifying information often includes faces, voices, tattoos and scars, travel documents, and the information page of the passport, which contains the bearer’s necessary information. It also consists of a vehicle’s license plates. Usually, automated redaction software produces fast and easy redaction of audio and video files by using automatic redaction based on pattern recognition. Automated redaction software utilizes artificial intelligence and spectacular machine learning to cover up private information; this method is preferred because video redaction software that requires the user to redact images manually can be time consuming and costly (as the individual tasked with redacting the files is paid at an hourly rate). The obfuscating of information involves blanking out, blurring, or pixelating certain regions, making it impossible to establish what is hidden. Audio recordings that reveal sensitive information is usually replaced with silence. These audio and video redaction software help ensure that FOIA requests are processed and granted, all while safeguarding the privacy of the people.

Although it is often considered a valuable mechanism for deterring (or capturing) criminal activity and protecting the public, the rising popularity of video surveillance has led to a society where everyone’s movements and behaviors are under watch, and large amounts of data are collected. As a consequence, the protection of private information obtained has become a key concern. And appropriately, the audio and video redaction of personal and protected information is growing in importance. The use of redaction software allows federal agencies, such as the Department of Homeland Security (DHS) and airport authorities, to comply with the FOIA public policy that the public shall be informed of government affairs, all while protecting the privacy of private citizens.

In New York alone, it is estimated that the subway delivered 1.72 billion riders in 2018, averaging to approximately 5.6 million daily rides on weekdays and a combined 5.7 million rides each weekend. The number of passengers, therefore, commuting using the subway is so vast and would, therefore, need a working method to ensure the maintenance of security, and that the users are safe while in the subway.