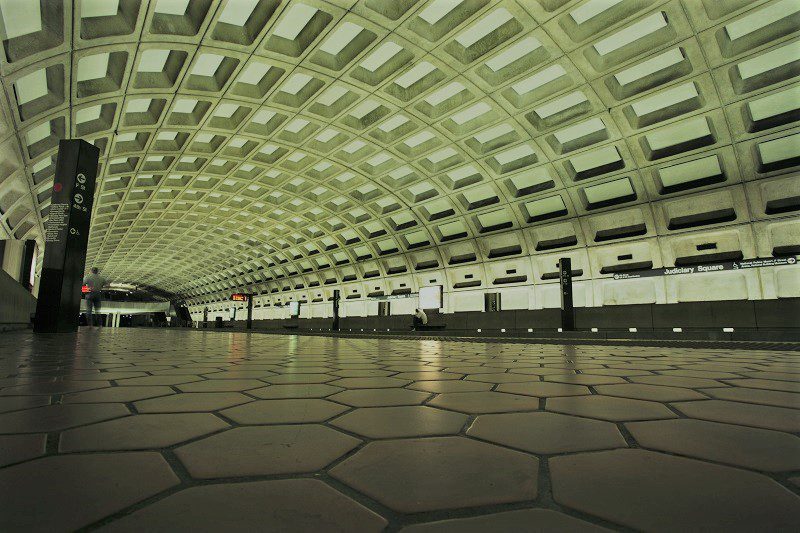 Subway, also called underground, tube, or metro, are underground railway systems used to transport large numbers of passengers within urban and suburban areas. Outlying sections of the system usually emerge aboveground, becoming conventional railways or elevated transit lines. In New York alone, it is estimated that the subway delivered 1.72 billion riders in 2018, averaging to approximately 5.6 million daily rides on weekdays and a combined 5.7 million rides each weekend. The number of passengers, therefore, commuting using the subway is so vast and would, therefore, need a working method to ensure the maintenance of security, and that the users are safe while in the subway.

From the dark days of the 1980s and 1990s, when violence was prevalent, and riders felt constant dread, the subway has come a long way. The system has become safer, over time with fewer incidences being recorded over time. This compared to the past, 1990 is an example when 26 murders were recorded. It is estimated that the subway experiences one crime per a million commuters in a day.

It is important to note, however, that people still do not have full confidence and faith that they are safe while using the subway. Some do not take the train after certain hours or allow children and visiting relatives to travel alone. Others switch cars to avoid menacing passengers.

Managing and protecting this vast number of people commuting on the subway requires active surveillance. Surveillance cameras have been added to subways and commuter trains serving areas around Los Angeles, Chicago, Washington, D.C., Orlando, and in several other cities.

The cameras are set up to monitor entrances and exits to monitor those who are entering and those who are leaving the premises, they are used to monitor high-risk locations by the tracks, such us boarding areas and areas where there are open gap exits, money exchange points, monitor stairwells and hallways for suspicious activities.

How Surveillance Increases Safety in Subways

Surveillance has proven to be an important way to ensure the safety of commuters for the following reasons:

It is, however, important to note that surveillance may not entirely keep millions of users safe. The threat of terrorist attacks is the tacit reason for the recent push to increase video surveillance. Yet suicide attackers are obviously not dissuaded by video cameras and they may even be drawn to the cameras that can provide them with television coverage.

Pervasive video monitoring has historically posed a threat to privacy and constitutional rights. Video surveillance, when regulated by government departments, can provide vast amounts of personal information about the actions of law-abiding citizens going about their daily lives. This can have a chilling effect on their freedom to speak, behave, and interact with others when individuals realize they are being monitored. Because individuals can censor their own behavior when they are aware that they are being monitored, video surveillance can also be seen as a way to enforce social conformity.

Privacy and individuals ability to perform their daily activities in an anonymous manner not only safeguard freedom of expression and association but also protect individuals from government intrusion into their daily lives. Accordingly, when government organizations want to use surveillance technology in a way that affects the privacy of all citizens, clear justification must be given for doing so. Specifically, technology’s benefits should justify any privacy invasion.

It was argued that individuals in public places can not have a reasonable expectation of privacy, especially in the context of urban mass transit systems where massive volumes of people may be concentrated in relatively restricted spaces. Additionally, video surveillance in such areas has been claimed as an improvement of an individual’s natural ability to look at what is happening in public around them.

Video surveillance has been criticized by millions of citizens across the United States over the fear that it will violate the privacy of the public and commuters. The footage is often inevitably abused. Protecting the privacy and identity of commuters should be a top priority for authorities. While technology is essentially privacy neutral, if deployed without careful consideration of its impact on privacy, it may be extremely invasive. We have been a strong advocate for harnessing the strengths of technology and putting them in the service of privacy by incorporating measures to protect privacy, video redaction, reducing the collection, retention, use, and disclosure of personal information. This is often referred to as data minimization and increasingly represents a vital component of privacy protection.

When security cameras are installed in subway stations and trains, commuters gain increased safety while traveling or within the subway area. Public security cameras are used as a way to keep an eye out for crimes. Additionally, in some cases, crimes can be deterred before they even start. If you see a suspicious individual or individuals or items in an area, you can contact the appropriate authorities to move into the area before any damage is done or any crime is committed.

Many have argued that the safety provided by surveillance systems however come at the expense of the important right to privacy and the anonymity that many would love to enjoy in public spaces despite the constant surveillance. Cameras that are there used for the protection of the public by deterring criminal activity and by providing concrete evidence when a crime has been caught on video, end up being a threat to privacy due to their ability to easily identify unique and personal properties of people and property around their scope of coverage. This is why video redaction systems are essential compliments to the surveillance system as they guarantee and ensure the protection of privacy.

Although powerful security cameras should not be too heavily relied on. Video surveillance will greatly improve safety at train and subway stations, but the physical presence of security staff is still extremely vital and should not be ignored. Subway systems with video surveillance combined with automated video redaction are safer for commuters than areas without surveillance. When traveling in public transportation and you see video surveillance systems stand or sit near them! It is the safest place to be along your commute.

Cameras in airports are configured with sophisticated machine learning software that scans the airport for suspicious characters, potentially dangerous contraband, and they identify specific types of questionable activities.