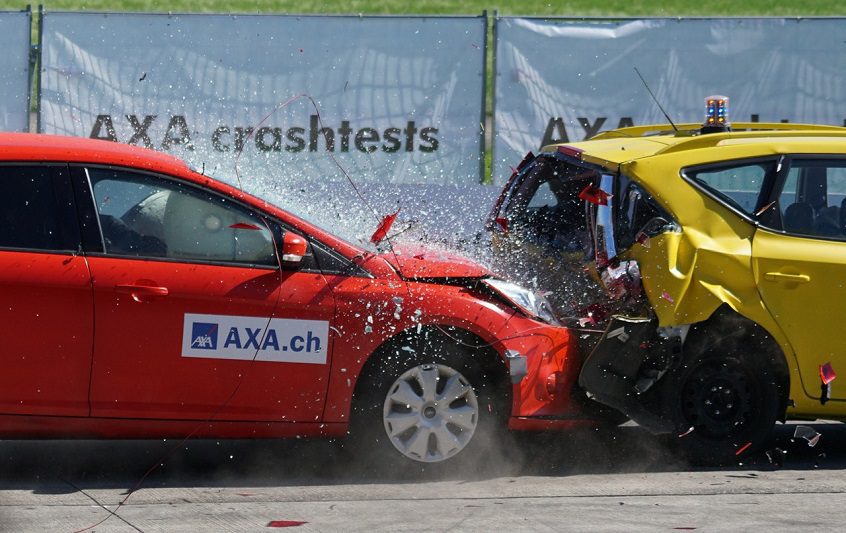 Vehicles are Top Cause of Line-of-Duty Deaths

Law enforcement officers face many dangers in their duties, many life-threatening situations. The public often hears of officers who lose their lives in shootings or other criminal activities, and our hearts go out to their families. Society has become aware of the overt dangers facing all those who are wearing a badge.

From 2005 to 2017, the National Law Enforcement Officers Memorial Fund reported 775 officers died directly related to motor vehicle-related incidents. Some were from auto accidents; some were struck and killed by others while handling police duties. Overall, the numbers show that auto accidents account for 37% of all line of duty deaths for law enforcement officers. Studies regarding the types and causes of these accidents are designed to find out more about the reasons so that future policies and training can prevent or deter new deaths.

It is common to believe that the inherent danger to auto accidents in policing is related to criminal pursuits. While it is true that some accidents do occur during a pursuit, not all do. Because pursuits raise the odds that people can be hurt, not just officers but also the general public, many departments have a ‘do not pursue’ policy unless there are mitigating circumstances.

The risks of pursuits can be managed and trained for. Officers do take road course training and follow other policies intended to make their jobs safer. Understanding the main components of pursuit and how they can be at risk can help deter and prevent future accidents. Some of the problems with pursuing a subject are more than just speed. Some elements are both internal and external. Here is a look at five of the most common pitfalls to a criminal pursuit.

The weather can be an element in an officer’s response. The choice to safely pursue safety may be restricted due to rain, fog, snow, or even ice.

We have all heard the public service announcements that tell us not to use our cell phones while operating a vehicle. If you can imagine trying to pursue or handle any of your driving duties as an officer while the supervisor is calling, the dispatcher is demanding updates, and the computer is streaming information on the situation at hand. Extra training needs to be provided to handle additional stress while driving.

Tunnel vision is a naturally occurring physical phenomenon. When adrenaline runs through us, it goes to our extremities to prepare for battle. The blood flow runs out of the brain, so the way it processes information also becomes narrowed. As a result, the field of vision narrows. The way to overcome this is to take deep breaths and stay calm. Physically turn your head to check the intersections before crossing them. This helps with the blood flow and keeping the focus at a more normal level.

Even a necessary traffic stop has some inherent risk to bystanders. If an officer chooses to pursue a suspect, the risk to the public has to be considered. If the traffic is heavy and there is a higher risk that pedestrians or other cars could be in danger, then choosing not to pursue at that time may be the better option.

This can include other officers involved in the pursuit or even other first responders such as firefighters. One of the problems is that communication is not directly shared between units. Keeping your head swiveling to avoid hitting another vehicle involved in the chase means that you are also working on keeping tunnel vision away.

Traffic stops come with a variety of dangers. Officers can encounter angry or even criminal drivers who can pull a gun or threaten an officer. In the course of even the simplest of stops, there is always a risk of getting hit by oncoming traffic from other drivers.

Sgt. Dave Lawler of the Linn County Sheriff’s Office in Oregon said that even though he was in an officer-involved shooting incident, the scariest thing was nearly being hit by a car. “I worry more about getting hit by a car on a traffic call than I do getting shot.”

Learning how and where to make stops can be a safety measure. Waiting to hit the lights to pull someone over when there is a safe area to pull over and off the road in a well-lit area is often better for everyone’s safety. Officers who patrol an area regularly often know where the best places are to have someone pull off for a traffic stop.

California Highway Patrol Officer Charmain Fajardo suggested that training officers to make good traffic stop decisions was a key to safety. “One of the things they try to teach in the California Highway Patrol Academy is to make traffic stops in safe and well-lit areas. If at all possible, officers should try to get the vehicles to exit freeways before stopping. Unfortunately, people don’t always stop where you want them to. Fortunately, a lot of times officers know the area in which they’re working. They know the best places to effect traffic stops. Usually, by the time our officers hit the lights, they have some idea about where they want to take the traffic stop.”

Tom LaTourette, a senior physical scientist at RAND, studied the causes of death in police auto accidents. “Police officers are at risk of getting injured in crashes under all types of driving conditions, not just when they are engaged in emergency driving.”

There are a variety of factors that play into the increased risk of death from automobile tragedies. One of the dangers is time. A police officer spends a great deal of time in or around their vehicles. For an occupation, other than driving or delivery, it is one of the few careers that require that much time behind the wheel of a car.

Beyond the number of increased incidents, the next thing is to look at other factors that can increase deaths. If ten cars have rollover accidents in the general public and of those, average five deaths, then why would the police average for the same ten types of accidents be seven or eight deaths? What causes this increase?

One theory is that the mobile data terminals permanently mounted in the center consoles are a physical risk to both drivers and passengers. When vehicles are put through rigorous testing procedures for safety measures, they are tested without such equipment. During an accident, these added pieces of equipment can be unrelenting and cause severe head traumas that can be unrecoverable.

Many departments are opting for laptops that are moveable and less likely to create the type of injuries the more permanently attached mobile data centers can cause.

Learning strategies to focus and maintain your attention to the task is one of the easiest ways to reduce and minimize death and injuries from car accidents for law enforcement officers. There are other steps, such as wearing a seat belt every time and slowing speeds, but the first thing that is necessary is ultimately to focus.

Officers should take their driving as seriously as any other part of their job. By starting with ‘focus’ as a first step, attention is made to the task at hand, driving. What are the policies for operating the patrol vehicle? Wearing a seatbelt is a policy. When an officer focuses on starting the car, have the belt already on. Keep speeds slower. If an officer maintains his or her focus while driving the patrol area or even in pursuit, it decreases the risk of an accident.

Officers need to understand; they are not superhuman. Like all people, they are not capable of doing two things at once and giving either their full attention. While driving – focus on driving, pull over to use police electronics and mobile data devices. Since crashes are a leading cause of line of duty deaths for officers, they need to focus on the job. When driving their patrol vehicle, their primary responsibility is that – driving.

Focus on driving safely. Excessive speeds or other unsafe driving is not necessary. An officer should focus on remaining in control of their vehicle. After all, if the officer is back up for another officer in an emergency situation – how can they be anyone’s back up if they never make it to the scene? Keep eyes on the road; the focus is a crucial word for officers to remember. As when anyone is driving, taking your eyes off the road even for a few seconds, can lead to tragedy.

Rand Corporation does public policy research to make the world a safer place for everyone. LaTourrette conducted studies on officer safety, automobile accidents, and their causes. Specifically, he studied 854 crashes, including 90 that involved severe injuries. His research has led to the discovery that with changes in policy and actions taken by individual officers, there is hope that individual officers can save lives. LaTourrette stated that the steps are in the hands of agencies and their officers. “These findings suggest there are things that law enforcement agencies could do to reduce traffic collisions involving officers and reduce the chance of officers being injured. Some steps are as simple as reinforcing the need to wear seat belts and limiting the use of motorcycles.”

Law enforcement agencies, officers, and several public service organizations are continually working together, hand in hand, to lower line of duty deaths for all law enforcement officers. These studies are how public policy is created. Officers need to have regular training and reminders to follow any department policies and be held accountable for violating them. It isn’t to embarrass or harass an officer, to remind them to wear their seat belts. It is a reminder of how important they are to the lives of others in their community, and it is their job to protect their own lives to be there for others.