Smart Video Surveillance and Privacy in Recreational and Public Spaces 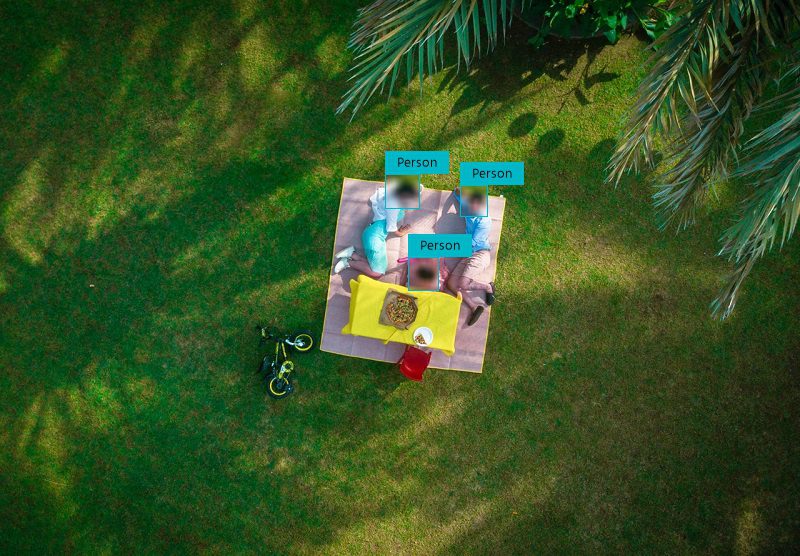 Our society today is more conscious of its security more than ever before, since the 9/11 attack and due to the increased cases of solo shooters perpetrating terror acts on the American population. To this end, many have proposed the proper deployment of video surveillance systems in such places as recreational parks and public areas. Councils, law enforcement, and security management professionals around the world rely heavily on video surveillance as a tool to fight crime and prevent terrorism. Those critical to this view argue that the proliferation of CCTV cameras on every corner of the city is a great deal a violation of individual privacy and a gross violation of human rights. Others have fronted the view that video surveillance, however proper it may be of service to our community, is also subject to abuse by public officials and criminals for either self and predatory needs or to commit criminal acts. Video surveillance provides raw data from capturing such things as car number plates and faces of people.

Surveillance, in turn, can be used for extortion and blackmailing purposes. Technology has, however, taught us that there is no lousy technology; sometimes, technology just has some unintended effects on the population. Therefore, with proper measures put in place to ensure and guarantee the inalienable right of privacy, then the public will not have any issue with surveillance in recreational parks and public spaces.

One of the most commendable ways to ensure data integrity and that people’s privacy is not violated is through the use of video redaction software, especially before sharing images or recorded footage with law enforcement, in court, or online for whatever reasons. Video redaction software helps in omission, concealment, or blurring such information, which might be considered sensitive or graphic to the general public. Institutions and governments in their handling of information collected through surveillance videos before releasing that data out or storing it, ought to redact parts that are protected by privacy policies. These institutions are also conferred with the responsibility of redacting from their video footage, all confidential information, or information that can be used to cause or aid in harming an individual or a collective group.

The most affected component of the society by video surveillance in public spaces is the social life of every member of the community. Psychologically, human beings tend to act differently when they are aware they are being watched. This makes them very uneasy and uncomfortable in public places covered by the CCTV cameras. With the strict application of video redaction in the footages collected from video surveillance in public areas on all information gathered before release, then there would be a good working relationship between the civilians and the authorities. This is to imply that video redaction software is an essential component of societal confidence building.

Cities like Washington DC, New York, Chicago, and Los Angeles, have for the first time installed significant numbers of police-operated cameras trained on public spaces. This initiative, although very noble in its intent, has been thoroughly questioned for its vulnerability when it comes to misuse and abuse of these technologies. Their criticism has pointed out that proper deployment of video redaction software as a check and balance in the handling of data and information gotten from the video surveillance could be useful in constraining rogue officers from misusing that data. In this case, video redaction ensures that surveillance facilities and police departments comply with privacy legislation while executing the mandates of their jobs. Because of the mistrust that exists between the civilians and the authorities, video redaction becomes of essence in playing a citizen’s guarantor of protecting their privacy.

There is consensus on the importance of video surveillance in promoting public security in public places. However, the challenge of enforceability of the law in the handling of data from surveillance is lacking. Video redaction software is critical, especially in a jurisdiction where there are No laws restricting security cameras in public areas. For instance, in cities like New York, police can use video surveillance as part of an investigation into suspected criminals only after they have received a warrant from municipal authorities. According to a study carried out in 2018, more than half of the people assume cameras would not be an infringement of privacy if they were installed in non-private locations, such as in parking lots or in companies. However, they expressed concerns that the information received from the video surveillance systems needed to be redacted to conceal anything that appears to be personally identifiable, sensitive, or graphic.

Video Surveillance in recreational and public places can sometimes be used for predatory discrimination and racial profiling. All people from all walks of life, carry with them to some certain degree an element of personal prejudices. When the information collected from video surveillance falls in the hands of these kinds of people without video redaction having been effectively applied to guarantee people’s anonymity in such footage – the effects could be catastrophic both legally and morally. For example, in Britain a sociological analysis of effects of video surveillance in public places shows that depending on how the programs are run, “Black people are more likely to be surveilled than one would expect from their presence in the community between one and a half and two and a half times.”

In other studies that have been conducted in defense of setting up video surveillance in public and recreational places, we noted that video monitoring decreases crime–after security cameras are made public. For instance, in Humboldt Park, crime incidents fell by 20%. This has been aided by the imagination that If a person knows that there are live surveillance cameras in a given place, for fear of being captured, they may be less likely to commit a crime near the spot. These studies fail to mention that this kind of privilege comes with greater responsibility. The greater responsibility is to ensure the footage from the surveillance is run through the video redaction software to ensure that graphic images of a dead thug whose face is dilapidated by a gunshot on his right side of the face don’t go to the public. These images can be traumatizing to the public and more so to the children.

Video surveillance systems have been taunted to be a great mechanism to ensure compliance with traffic rules and more important in handling traffic congestion. It ensures that people don’t overspend or skip traffic lights. In the most unfortunate case, road accidents could happen, leading to motorists losing their lives. All these events are all captured on live CCTV cameras placed in different and strategic places for traffic management. The footage from such scenes has to be carefully reviewed and subjected to video redaction to conceal or censor the graphic parts before releasing it to the public. Video redaction will ensure that the information going to the general public for consumption is accurate and not dehumanizing in any way.

The effectiveness of video surveillance in deterring crime from happening in public places has also been put into question. Although there has been a drive for more security CCTV cameras to be installed in public areas because of the possibility of terrorist attacks, it is also clear that the fact that there is a camera in place does not stop a suicidal bomber. Contrary to the common belief that terrorists will be deterred from committing terrorist acts against the population by surveillance, terrorists nowadays seem to enjoy that publicity. When the custodians of the data collected from public places release such footage to the public without proper video redaction, then this can, in turn, favor the terrorist groups that have perpetrated the terror acts. In this kind of scenario, video redaction can be used to censor or omit information that can strike more fear or have psychological and traumatizing effects on the general public.

Like any intrusive technology, the benefits of deploying public video cameras must be balanced against its costs and dangers. In public surveillance cameras, good or bad debate, the first question is whether the surveillance cameras in public places are an invasion of privacy. Instead of focusing on the pros and cons of the use of video surveillance in public areas, it will be prudent to change the tact and see how best we can make an excellent case even when faced with a bad scenario. Surveillance technology is not bad; what determines the bad and good part of any technology is the application and management of that specific technology. Video redaction comes in to fill in the gap that exists in the usage, management, and storage of all information obtained through video surveillance systems. Governments and private institutions alike, should by all means, necessarily find a way to come up with complementary technologies like CaseGuard studio’s automated video redaction software to mitigate the unintended consequences of other surveillance technologies.

How to Add a Watermark to a Video in CaseGuard

CaseGuard Studio can be used to add a watermark to video content that will allow creatives to protect their videos from theft or forgery.