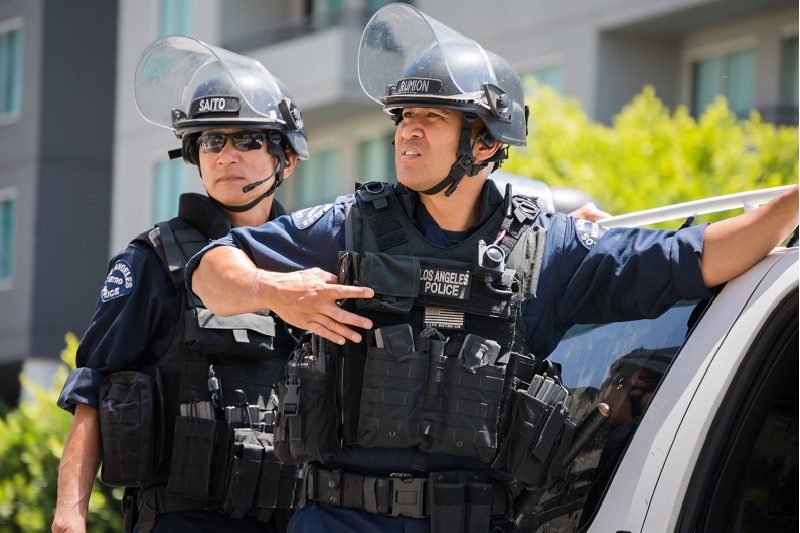 Law Enforcement Use of Body Cams

Since the advent of CCTV (Closed Caption Television) cameras in the 1960s, the move toward changing how police record their actions has come a long way. Originally these cameras were installed in London but became more mobile and deployable in recording high crime areas to help police enforce the law and prevent crime. It was nearly 30 years later that in-car cameras were installed in police vehicles in the late 1980s. By the year 2000, car cameras or dashcams were mainstream enough to be in virtually all new police cars.

Dashcams were considered an essential part of ensuring the public that police actions were not based on racial issues. Making dashcams, a necessity was pushed as a way to tackle race-based traffic stops. The ability to show the video to the public to back up police officers’ decisions would make a step forward in police-community relations.

Proper mobility occurred with audio-visual body cams were introduced. Many individuals had argued against having CCTV around the city for several reasons, primarily erosion of civil liberties. Those who were more knowledgeable also discussed the lack of effectiveness and low return on taxpayer dollars’ investment. Those citizens concerned with violations of their civil liberties argued about the potential impact on society. These concerns were presented in discussions of autonomy, privacy, trust, freedom of movement, and individual identity expression.

The change in attitude followed the advent of police body-cams. Most citizens agreed that these cameras were vital to control police actions and hold them liable for violating citizens’ activities in several ways. The public pulled together, demanding that all officers be required to wear the body cams. These cameras were useful to help demonstrate that an officer followed procedures and the individual departments’ guidance policies. With proper use, the videos can also provide excellent training tools and encourage a more positive relationship between the police and the public.

Studies have shown that police body cams “reduce the prevalence of ‘use-of-force’ and incidents of citizen complaints against police officers.” The public’s view is that body-cams offer counterintelligence on the behavior and actions of individual law enforcement officers. The cameras offer a deterrent to control officer behavior. Across the globe, there are tensions between law enforcement and the public, particularly minority groups. There is an increased tension against officers, along with accusations of excessive force, discrimination, and abuse of power. These cameras also help officers combat false complaints. Having a video and audio recording of confrontational situations protects both sides from abuse.

Increased transparency plays a positive role in the ability of officers and departments to relate to their community. There are still some hurdles to overcome. Police autonomy that allows them to turn on and off cameras at will and the ability to ‘edit on the fly’ undermines any potential benefits these cameras create. Redaction is significant in handling the cameras’ data to protect the innocent, safeguard citizens’ personally identifiable information, and create real accountability.

Creating good department policies for the redaction process and removing individual officers’ ability to self-edit and include other departments to handle digital data and privacy can help increase these cameras’ value and how they are used. They can also be required to keep them on full time while on duty to prevent the issues surrounding ‘not being turned on’ during an event or arrest.

Having officers become consistent in their use of body cams appropriately has been an issue. According to the Phoenix Police Department, “analysis of camera metadata shows that only 13.2% to 42% of incidents are ever recorded.” Giving police the decision-making capabilities to turn on or off their cameras is warranted. If they have their cameras on for the entire shift would impact battery life and aggregate such an enormous amount of video data. The extra data would bring up redaction costs and make it challenging to find the information needed about a specific incident.

The idea that an officer can decide not to turn on their body cams and legitimately choose not to record an event reduces transparency, fairness, and unwarranted checks on police behavior. A department can resolve this issue by requiring that officers turn on their body cams for every incident and providing harsh penalties for not following department policy. Making officers accountable for their actions and encouraging cameras to protect both the officers and the public could significantly impact mending the broken trust between the public and police departments.

The ACLU or American Civil Liberties Union shares the idea that police body cameras have both the potential to serve as a police oversight and have the potential for abuse. At a time when American citizens are demonstrating outrage over incidents of police violence, body cameras can make an impact on law enforcement transparency. The needed openness about the actions of officers is vital to the community on a large scale. However, for the technology to be impactful, departments must adhere to policies on how and when to have cameras turned on and regulate who has access to footage. Body cams have the opportunity to provide oversight, reduce police abuses, deter false accusations, and increase community trust.

However, it is also noted that body cams have the potential to become just another police surveillance device. With any form of surveillance, there are real opportunities to violate citizens’ rights and invade personal privacy. The most critical component to ensuring the proper use of body cams is a department’s ability to enforce policies of use, determining when cameras should be turned on,  controlling who has access to camera footage, and the conditions under which videos can be released to third parties.

Having well-defined privacy and redaction policies can benefit the police department and the community. Taking redaction out of the officer’s hands and into an oversight or other technology department allows for review, discipline if necessary, training guidance, and greater trust with citizens. Redaction of video can remove, blur, blackout, or even encrypt personally identifiable data. The redaction process allows the remainder of the content to be still reviewed and potentially distributed to different departments, legal teams, and courts without violating citizens’ civil rights who may be in the video but are not directly related to the incident. With the many hours of video footage recorded by a police department on any given day, the amount of data can be overwhelming and a large part of the department’s overall costs.

Costs of Redaction for Police Departments

The cost projection for police departments to spend their budget on video and audio redaction has become mind-blowing. The redaction of video is essential for various reasons, but the main point is to protect individual privacy. The cost of not redacting video or improperly handling redaction can even put lives at risk. Imagine if an undercover agent’s identity is discovered due to faulty redaction of a video footage piece. It could put his life and that of his family at risk. The redaction process is also crucial for all individuals’ safety that could be seen in a police video. Doing the job without error and speed are the critical factors of a well-designed redaction system and policies.

Many law enforcement agencies across the United States and internationally have been bearing the enormous cost factor for redaction. These costs include automated system costs and personnel time to review and redact manual content. However, in May 2020, the California Supreme Court ruled that these costs cannot be put back onto the residents, but must be paid for from government funds. The court rejected the assumption that the police department can charge for access to footage. The city of Hayward had attempted to charge $3200 to the National Lawyer’s Guild of San Francisco for redacted video of the officers handling demonstrations at Berkeley in 2014.

The demonstrations were by protesters who were angry at the grand jury decisions not to indict officers involved in the deaths of unarmed black citizens, namely Eric Garner in New York City and Michael Brown of Ferguson, Missouri. The video of protestors was also being used to identify individuals who were participating.

The argument presented was that allowing law enforcement agencies to charge for the redaction process for video access threatened public access. The Reporter’s Committee for Freedom of the Press and 33 other media and civil rights organizations argued that any costs impeded access to all electronic records, which is a violation of Americans’ civil liberties. The ruling put the cost of the redaction of the video process squarely on the local governments and their police budgets.

The price is still dispersed to taxpayers who have to provide the operational funding for their local governments. What is the best solution to reducing redaction costs, ensuring the security of personally identifiable information, and allowing full access to the public and news sources? CaseGuard automated redaction software designed by the police for the police provides the best resource that any law enforcement agency could acquire.

CaseGuard as a Complete Solution

CaseGuard provides a complete solution to law enforcement departments to protect their data and ensure individuals’ privacy. The solutions include artificial intelligence, machine learning, and intelligent automation to redact hours of video and audio footage with a click of a button. When a software application uses these tools within its system, it also means that over time, the software application ‘learns’ and becomes more attuned to the department’s needs. Over time it will become faster and more accurate as it becomes aware of the data points that it is looking for in the digital files to redact or encrypt.

Built by law enforcement officers, CaseGuard’s all-in-one solution for police departments does much more than redact digital files for privacy solutions. The application provides a way to handle forensic evidence, keep track of all who have had access to evidence, and test results from the forensic labs. The software can also translate, transcribe, and caption video content in 28 languages, often helping ensure that the audio recording can be understood by various individuals who require access. The tools for video editing can be for more than redacting video evidence.

It can be used as a tool to communicate with residents, create better community relations, and allow social media posts to engage in a broader audience. The more transparent and active a law enforcement agency is in its residents’ eyes, the more likely that the community will stand up for and support their police officers. In handling crime and other issues that can arise for police to handle, the community’s support to do their jobs well and trust that they do a good job can create a huge difference in building trust. The best solution for data privacy for all digital files, evidence, and community outreach is CaseGuard redaction software.