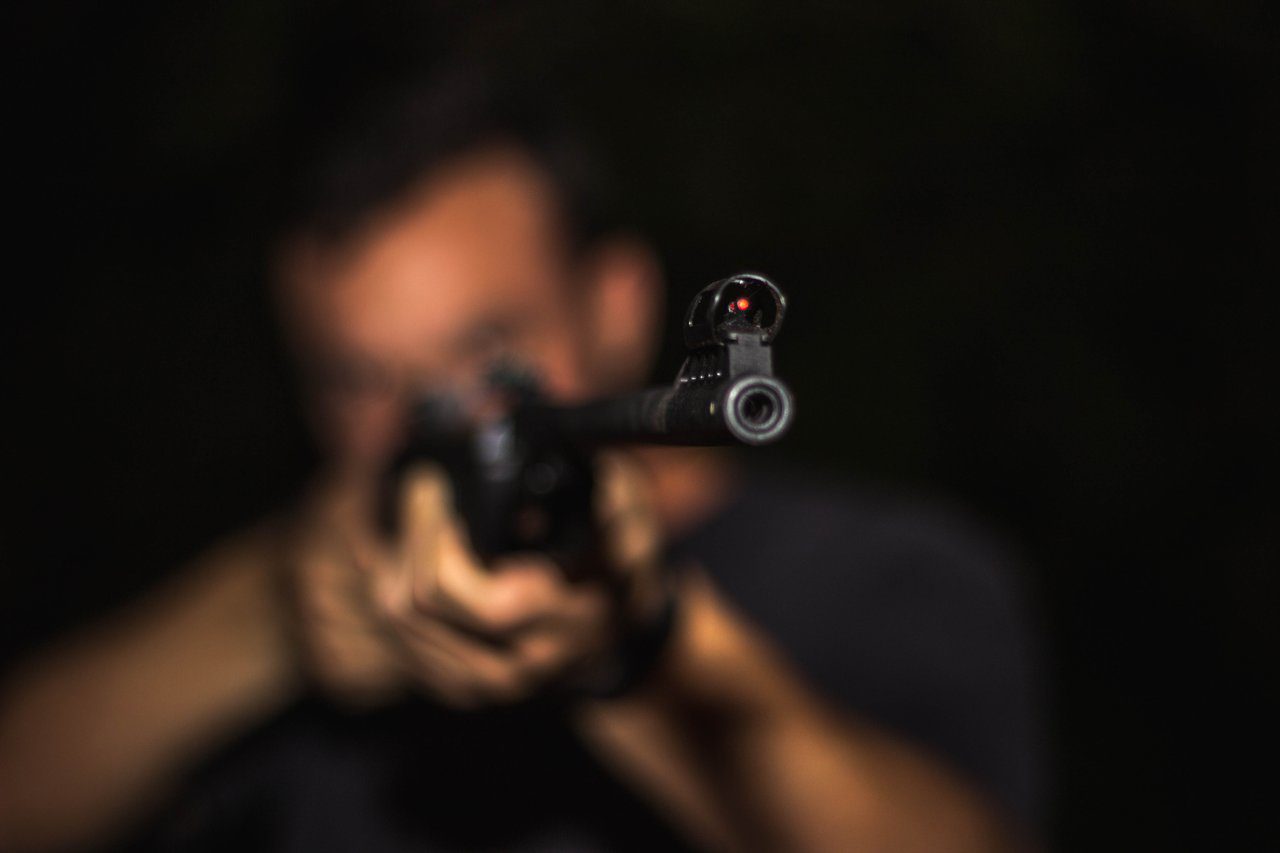 We use technology in so many ways in society today. Is it possible to use our science to help resolve active shooter situations and save lives? When there is gun violence in our cities, it is often on the evening news. There is a difference when the police are called and whether it is considered an active shooter or a shooting incident.

Law enforcement uses the term active shooter to describe a situation where shooting is in progress. The US Department of Homeland Security defines the term active shooter as “someone who is actively engaged in killing or attempting to kill people in a confined and populated area.” Any attempts to respond to this situation will require specific responses that have been routinely practiced by law enforcement. The other key to understanding is that a shooting in progress has generally been preplanned, and the suspect has already come to terms that they may die in what they are doing.

A shooting incident generally describes when the event is spontaneous. It can be more than one shooter, but usually, it is an emotional reaction, and it has already occurred.

The number of active shooter situations has risen. According to the FBI report Active Shooter Incidents in the United States 2019, there were 28 separate active shootings in 2019. Active shooter events are typically over within 19 minutes, but in that short amount of time, many lives can be taken. Data shows that multiple people can be shot and killed in minutes. The study also indicates that 2/3 of active shooter incidents are over before the police arrive.

Active shooter incidents can be spontaneous and done on an emotional response. Most, however, are planned. There can be a variety of reasons that a shooter makes a step towards creating such a plan; this could include an argument poorly gone, a grudge, or terminated from their job without cause. This causes them to feel that the only answer is to seek revenge.

Responding to An Active Shooter

For law enforcement to respond to an active shooter situation appropriately, there is certain information they attempt to collect to try to get a better understanding of what is happening at the location. To stop the violence and help everyone involved as quickly as several questions need to be answered, if at all possible.

Is this a spontaneous act of violence between two people (shooting incident), or is it a planned activity that could result in the deaths of many individuals (active shooter)? What helps law enforcement is the studies done on violence. In the case of workplace violence, understanding the types of typical workplace violence incidents gives officers a better understanding of the crime and how it is likely occurring in real-time. The real goal is to prevent or deter the violence, but in a situation where it is already happening, to get in, stop it, and save as many lives as possible.

It is better when there are more “eyes and ears” on the ground to help deter or prevent an incident from occurring. These individuals are usually a significant part of the environment, understand who should and shouldn’t be present, and sense any abnormal behaviors.

Law enforcement today has a classification system for active shooter situations. These incidents can be described in one of five groups.

HTV or Hybrid Targeted Violence has been on the rise in recent years. These involve individuals using both conventional and unconventional weapons and can often target more than one location at a time. Some recent examples of an HTV were the shootings at Westgate Mall, and shooters attacked and killed 67 people.

The Beslan School massacre occurred in 2003. Perpetrators seized the school; the shootings and violence lasted three days. The violence took the lives of over 335 people.

In April 2013, two Chechen Kyrgyzstani-American brothers made homemade bombs and killed three people during the Boston Marathon. Several hundred were injured, including 17 who had to get their limbs amputated.

How Can Technology Help?

If we can understand the types of shootings, the motivations, and all the information regarding shooting before they happen, how is it that they have been increasing instead of reducing?

Is there some way that the innovation of science and computational directives from technological advances can reduce this type of violence? What type of tech is it, and how can we deploy it to minimize the number of lives lost in active shooter incidents?

There is concern that the US legislators cannot handle the problem because they go to the solution with a lot of preconceived notions. They have no real scientific data to back up these notions, and the results are that they are failing to make an impact on deterring or preventing such events.

If we look at what has changed over the last 50 years that has increased the number of mass shootings, it isn’t guns. People had guns 50 years ago, but there was a different attitude toward them. People also didn’t have social media. Today social media becomes ingrained in our children before they reach their teens. Removing guns would not change the amount of these killings as we have seen in countries where guns are harder to obtain, a person can kill more than 20 people with an automobile.

Both Blackberry and Intel have developed applications that could be used to help reduce the number of deaths. If these essential technologies were applied broadly, they could reduce the number of deaths associated with outbreaks of violence. AtHoc is an emergency system currently used to deliver warnings of local emergencies, such as weather, police emergencies, or school incidents. It is used to keep the population ahead of disasters in their area. With the addition of a new application from Blackberry, Intelligent Security, it hopes to change some applications to prevent shootings.

Currently, Intelligent Security is used to prevent theft. Using data derived from the phone’s user, for example, it can alert if there have been significant behavior changes. It can send out warnings if a student is starting to act strangely. While this may sound alarming, it can be a benefit to young students.

Some of the features that it would be able to alert others to not only a person’s erratic behavior but could also signal other emergencies. It could include information if the student was one of the attackers. It can determine if the child is the one under attack or even being kidnapped. It can also keep tabs on the student’s data and give alerts if the student’s identity is ever being compromised.

Intel, along with Honeywell, is developing inferencing technology that uses facial recognition systems to identify people with firearms and send an alert if they are approaching a sensitive area. This same type of technology can also give the exact location of the person to authorities. It can be incorporated into an automated response system as it can also point out an incident in progress, who the shooter is, and who the victims are. All with law enforcement on their way and in the vicinity.

These are just two examples of new technologies reaching the forefront of law enforcement and is just the beginning. More lives could be saved if the same systems were incorporated into drones during significant events. It is not that we can’t do something to reduce or deter the violence from happening; it’s that we are still arguing about issues that no longer matter. What is needed is to focus on the technology available to the government, schools, and law enforcement agencies to work together to create a safer environment for all. Instead of investing in illusions, we should invest in better technology.

Privacy in the Era of Drones and Aerial Surveillance

Drone and aerial surveillance, if put to good use, has tremendous benefits, but we cannot dispute the fact that it is prone to user violations and susceptibility. The DoD, for example, has utilized drone surveillance in supporting civil authorities at the southern border, in supporting civil authorities in hurricane/flood response, in civil law enforcement, counter-drug, and terrorism.

Over 3,200 officers have called in sick at the New York City Police Department. That number equals nearly nine percent of the total police force. Without testing and necessary protective gear, police are at risk for exposure themselves, but also risk spreading the virus to others, including their families, and other first responders.