How AI Perceives the World? 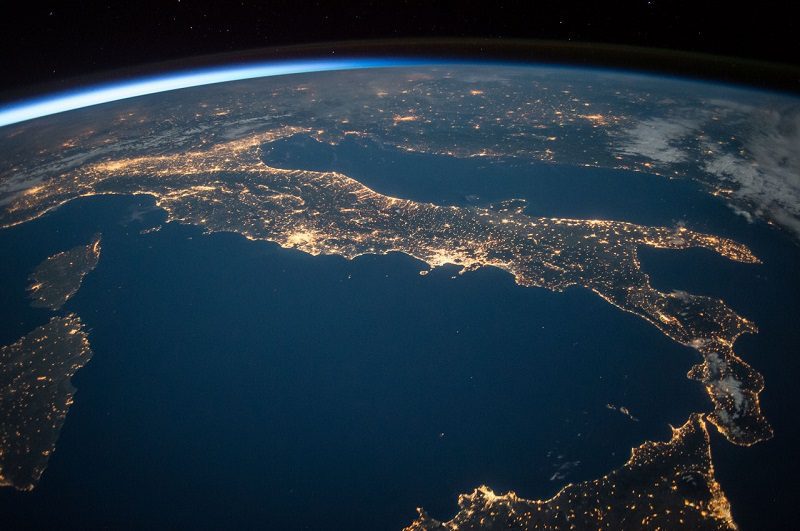 As human beings, we often don’t give much thought to how we obtain information. After all, we’ve been doing it, adjusting, and soaking it in since birth. We use our five senses to explore our world and our surroundings to make judgments and decisions to classify pieces of information. So, how does Artificial Intelligence (AI) perform these very same tasks?

For human beings, we recognize and process images such as handwritten digits with our eyes, and it’s automatic. Our brains are super-computers that have developed over a millennium of evolution. However, science is advanced enough today that we know more about the process. We now know that in each hemisphere of our brain, we have a primary visual cortex (V1) that contains more than 140 million neurons. These neurons have tens of billions of connections between them. The number is staggering even to comprehend. Now try to understand that we not only have V1, but there is a V2, V3, V4, and so on. Each visual cortex progressively aggregates, categorizes, and deciphers more complex visual knowledge. Now try to understand that we, as humans, are doing all of this on an unconscious level. Stunning, isn’t it?

If we are simply considering visual perception, how then can a set of software algorithms perform the same function? How can AI ‘learn’ what it sees when images are input as a form of data? To have AI recognize the same handwritten numerical data that humans can automate without thinking isn’t as easy as it would seem. Coding for visual pattern recognition can have an endless amount of exceptions.

AI is built around the same concept as our own neural networks. The first time you were taught your alphabet or numbers didn’t register. It took practice and time. Recognition developed as a child when you were given a myriad of examples of ways that Aa Bb or 0 1 2 could be written. It works the same with AI. You have to use data input as training examples and to allow AI to learn to perceive and recognize written constructs, you would begin with multiple examples of Aa Bb… or 0 1 2… in a variety of handwriting styles. This is done so the algorithm can then ‘learn’ that there are many ways, slants, curves, styles, but a 0 is a 0, and an 8 is an 8. This type of ‘learning’ is often referred to as deep learning, which is a more sophisticated type of data integration than the more generic term of machine learning.

Deep learning is just one part of machine learning. AI needs to learn from experience, the same way that we as humans had to learn as infants and children. Deep learning algorithms are used to create artificial neural networks, similar to the human brain. Machines are then able to learn through experience, trial, and error, and even gain new skills without human interaction. The same way an infant can pick up a block, handle it, drop it, pick it up again, and ‘learn’ about the shape to eventually come to understand that it is a block, then progress to a useful thing to build with – machines learn from similar experiences. Human minds absorb information through experience a deep learning algorithm (artificial neural network or complex program application) can perform a task or receive input data repeatedly – each time learning a little more, tweaking the results until it achieves 100% accuracy or near this. After a lot of handwritten examples of numerical values, the system can ‘decipher’ nearly any pattern and tell the difference between a 6 and an 8. It has learned to ‘perceive’ the fine details of scriptwriting.

The term Perceptron is not new. It was coined in 1957 by Frank Rosenblatt at the Cornell Aeronautical Laboratory. It is primarily based on our own neural networks and how they function.

Like our own visual neural network described above, with V1, V2, V3, etc., a neural network is created when a collection of neurons or individual nodes are interconnected through synaptic links. In every artificial neural network, there are three layers – input, output, and a hidden layer. Inputs are given a value, then moved to the hidden layer, which has its own set of neural pathways, then to output.

During this process, a learning algorithm is used to determine what the required behavior should be. An example would be – does the input data of the handwritten number 8 meet all the specifications of all the known sources of what an 8 could look like? If yes, store, if not send out as unknown. A learning algorithm is generally a closed-loop feature that goes through all known values and corrections previously known to the network.

The perceptron algorithm uses a binary classification system for data. In some situations, the perceptron algorithm can be discovered. In this uncovering, you can learn about limitations within the program that you may have been completely unaware of. This can be problematic and is resolved with multi-layer perceptron networks. Today, Perceptron has become the most significant learning algorithm available.

Intelligence in human beings comes from the ability to derive conclusions from patterns of ‘data’ that are input through our senses from the world around us. Our inferences or results from the data input are based on either structured or rational decision-making processes. For our super-computer brain, these processes can happen so quickly that we believe we just ‘know’ the results.

Before we could ever come to a point in life where that was possible, there was a beginning, where it was learned from patterns presented to us. We learned that it is not rational that the egg came before the chicken, as we know chickens lay the eggs. A form of making rationalizations. We may have learned that 1 + 1 = 2, and can compute this without even realizing that we have done so. A structured process. Both forms of coming to conclusions are distinct but can also complement each other.

Machine-based intelligence works in much the same fashion. It has two forms of classifying data and working through the decision-making process. To clarify this further, the two forms can be equated to one being similar to your calculator or your pc. These use a structured decision-making process, i.e., instruction by instruction, line by line of coding to make a structured decision. AI, on the other hand, justifies the data against pre-existing data patterns to conclude that it ‘perceives’ to be the correct choice. AI is, more or less, a form of artificial perception.

Tomorrow, After a Nap

We now know that AI is machines programmed with artificial neural pathways to make decisions, much like the human brain. As humans, we begin collecting data before we even open our eyes in the morning. It stirs us from our sleep. Everything that your eyes can see throughout the day is literally ‘live-streaming’ data into your brain. We are creatures who explore our world, invent, create, and build. We ingest data the way we breathe air. However, at the end of a long day, we require sleep. If we don’t get enough sleep or we stay up for too long, our neurons can begin to ‘misfire,’ and we can make poor decisions. Sleep restores us so that we can start the following day anew.

Recent studies have concluded that AI also requires sleep. This is a fascination for researchers. The artificial neural networks are closely built to mimic the human brain in their functionality, that they can become overloaded. Researchers from the Los Alamos National Laboratory have discovered that in order to maintain the top functionality of their AI systems, they require a period of sleep. AI needs sleep the same as the human brain.

What researchers discovered in their project is that after long periods of unsupervised learning, the AI systems would begin to malfunction and not work as it was designed. AI was being used to learn, much more like the way humans take in information and attempt to classify objects without prior examples for comparison.

The discovery came when they realized that exposing the AI to an artificial analog of ‘sleep’ or rest, that the problem corrected itself. In order for the AI to remain stable for long periods of time, it required a standard set for sleep intervals. Exposing the artificial neural networks to an ‘analog sleep time’ was actually their last resort. The results surprised the scientists. The next step in their development process of AI evolution is to include designated sleep times or downtime so that the artificial neurons have a chance to reset and recharge. This will bring about a new level of how AI perceives the world.

What is unconscious bias? How does it affect you?

One of the significant areas in which machine learning, AI, and even deep learning applications can benefit businesses today is in taking control of their data. Data security and maintaining privacy compliance, along with protecting customer information, can make or break a company, even large enterprises.

The Power of Machine Learning in Automated Video Redaction

The power of the algorithms now used in machine learning have greatly improved automated video redaction to the point that it is easy to use and effectively relieves some of the costs involved in obscuring personally identifying information.