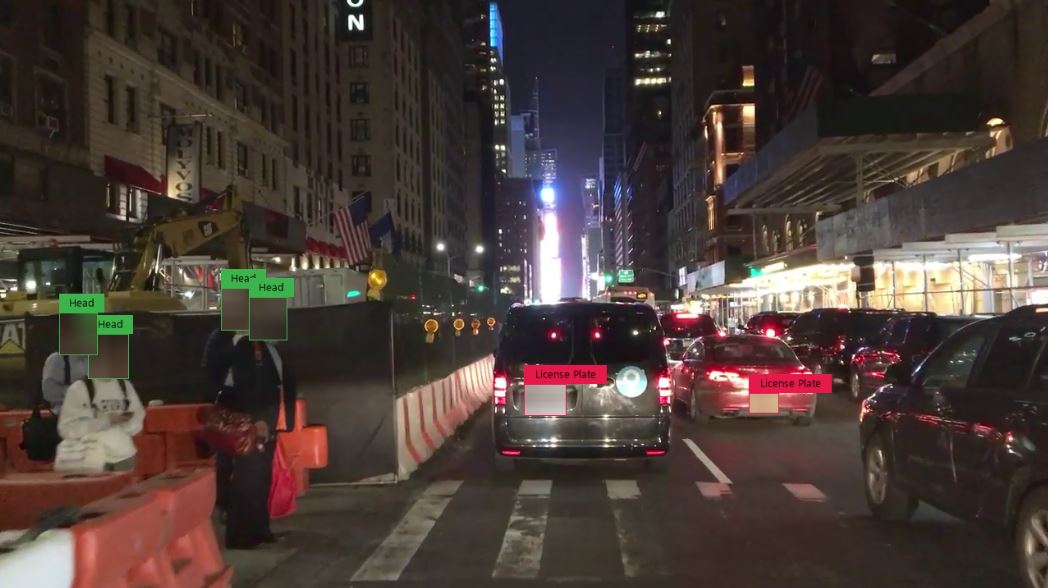 AI-based Video redaction software is an AI application software that uses pattern matching to locate specified objects contained within a video. Police officers enter the data to be edited from their videos such as private citizen’s identities, undercover officers, or even classified material not available for public consumption. The target data is used by the software to scan the video for matching images. These images are then blurred or pixilated as required throughout the entire video sequence. When redaction occurs in video footage through AI applications, it is thorough and complete, as if it had never been recorded.

Redaction software applications while making the job of video editing much easier, it is still under the control and supervision of dedicated police officers. The AI-based software often includes machine-learning intelligence which can improve the application’s usefulness and targeted behaviors over time. While these applications are tools that can help manage the data that is collected through body cameras and other types of video evidence equipment.

How is Video Redaction Software Used in Law Enforcement?

Law enforcement uses video redaction software applications to protect the privacy of ordinary citizens, minor children, and even undercover police officers or detectives. With the Freedom of Information Act (FOIA) requests on the rise, some jurisdictions are often compelled to comply within a certain time frame by local court rulings. When releasing a video of crimes for public consumption, care must be taken to protect the public, the innocent, and those who are involved in the case but not directly in the act of committing the crime.

Police officers check the footage from their body cameras and other surveillance equipment for personally-identifying information. An example could be the faces of minors or innocent bystanders. To protect their privacy AI-based video redaction software is designed to accept faces or other photographic images as data structures or data points to search for within its algorithms. For each set of data points found, it matches the image then blurs it to the privacy settings put in by the officer be in a blur or a complete blackout.

Video Redaction Software is a Must-Have for Effective Policing

Body cameras joined police forces to protect law enforcement officers from allegations of misconduct and also to protect the public if an officer decides to use excessive force. These cameras have also become a way to gather direct evidence, a non-partial eye-witness to the crime or events, so this information can be made available to the courts, prosecutors, and attorneys. Evidence that was once thought of as only available to the judicial system, now more often, through FOIA requests, has become more public and mainstreamed through social media and news outlets.

The video documentation collected by body cameras is often crucial evidence, not only for convictions of possible criminal conduct but possibly explaining any behaviors or aggravating factors which created the opportunity for the crime to occur. The video protects both the public and the officer on duty who is doing their best to follow training protocols. Should any accusations arise from either party, there is corroborating evidence to speak an unbiased truth as to the sequence of events that occurred.

Nothing can improve public safety than the ability to have the correct information available at your fingertips. Software that provides a consistent way to show the accuracy of their police work, evidence collection, and the perpetrator as they are arrested or in the process of committing a crime, goes a long way with the prosecution to keep serious offenders off the streets. Body camera video evidence is made available to the prosecution, the attorneys, and the judicial system so that there is more accuracy in the charges given. Here are six more benefits of video redaction software applications that improve law enforcement information management:

The best qualities of video redaction software applications overall are the gains made for easier policing and safer communities. Body camera systems give police an edge when collecting evidence, or even making an arrest. Arrests themselves can be made safer for officers because criminals are aware that their every move is being monitored by the camera and will result in additional charges if they fail to comply with the officer. The evidence gathered by the body camera systems are non-biased, it is film evidence of the actual events as they occurred, without any judgments or accusations made by either the arresting officer or the criminal suspect. It protects both sides with its ability to simply show the facts as they are.

Communities as a whole become safer where body camera systems are used. These systems allow for evidence to be released to the public and demonstrate quality policing protocols in their own neighborhoods. The greater the transparency between the law enforcement agencies and the communities they serve leads to great trust and appreciation. Witnesses are more likely to come forward. Individuals are more likely to pick up the phone when they see something suspicious. Neighbors trust their police officers and no longer look at them in fear. This balancing of the positive aspects of law enforcement with transparency, in the end, makes policing easier and safer while making communities happier, safer, and experiencing a reduction in crime.