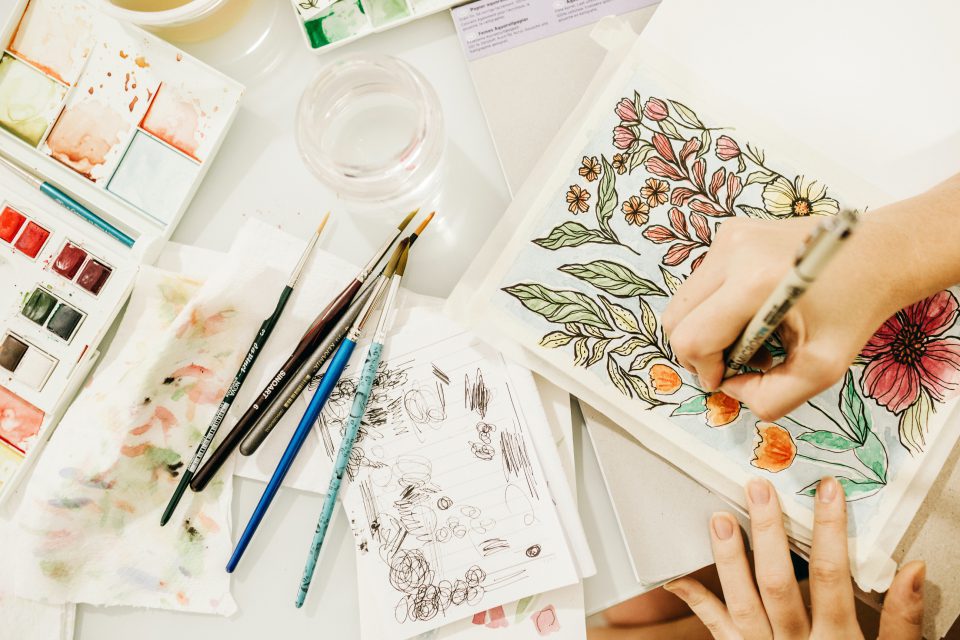 Generative Adversarial Networks (GANs) refer to a deep learning approach to creating generative models through the utilization of unsupervised machine learning. As the name implies, GANs can be used to uncover patterns and regularities within a dataset, with the goal of generating new outputs in accordance with these patterns and regularities that were discovered within the initial set of training data. Due to these innovative qualities, GANs have been used to create everything from realistic photographs of human faces to inanimate 3D objects, as software developers continue to find new ways to implement the groundbreaking technology into new business applications.

What are generative models?

A generative model is defined as a statistical model that is predicated on the joint probability distribution. Likewise, the main purpose of such models is to generate synthetic data, where the distribution of said data corresponds to the distribution of a real data set, such as training data in the case of a machine learning model. In other words, generative models can be used to create new images by mimicking the qualities and characteristics of real-life objects, such as artwork, photographs, and numbers, among other things. This is typically achieved through the utilization of a classifier that serves to determine whether the model has been able to generate a new image that is detailed enough to pass as a legitimate image, even though the images that such models create will inevitably be synthetic images.

How do GANs work?

Put in the simplest of terms, GANs work to train a deep learning algorithm in accordance with a problem that is initially framed as a supervised learning algorithm delegated into two networks. One of these networks will try to generate the right object or information, while the other network will attempt to determine whether the first network has correctly generated the object or information. To illustrate this point further, consider a GAN that has been trained to recreate a portrait that has been painted by a famous artist. The first network within the GAN, the generator, will attempt to recreate the portrait in question as accurately as possible, in conjunction with the training data that has been used to develop the model. Alternatively, the second network, the discriminator, will attempt to ascertain whether the first model was able to recreate the portrait effectively.

This process derives from the scenarios that are created out of the theoretical framework of game theory. As game theory hinges upon the competition between two players or entities that strive to achieve the most optimal objective or goal in the context of a particular zero-sum game or problem, GANs function in a similar fashion. However, instead of winning a two-player zero-sum game, a GAN will be attempting to recreate some item or object that corresponds to the training data that was used to train the deep learning algorithm, with the efficient creation of said item or object being representative of a victory. Moreover, due to the nature of unsupervised machine learning techniques, GANs do not need to rely on making predictions or assumptions with regard to a set of training data.

This being said, a GAN can be used to create an infinitive amount of images within the multi-dimensional latent space of deep learning. This is in stark contrast to supervised learning algorithms, where the output of such models will be dictated by the scope and diversity of the training data that has been used to create the model. Subsequently, the ability of GANs to essentially generate an endless number of images had enabled the technology to be implemented within a wide range of business applications, including computer vision, Natural Language Processing (NLP), cybersecurity, image synthesis, and video generation, among a host of others.

The limitations of GANs

Despite the immense capabilities of GANs with respect to the generation of new images and information, there are some limitations that come with such an approach. Most notably, as is the case with many machine learning algorithms, the cost of building and training such models can be extremely time-consuming and expensive. What’s more, due to the zero-sum nature of GANs, training such models becomes that much more difficult, as improvements to one network within the model will invariably come at the expense of the other network. On top of this, GAN models also suffer from instability problems, such as vanishing gradients and mode collapse, meaning that many software developers will have to go through extensive trial and error practices before creating a stable GAN model.

Although the phrase artificial intelligence has morphed into a catch-all umbrella term that describes an array of different services, products, and scientific concepts, GANs are perhaps the closest thing to AI in the way that the subject has been portrayed in the mass media. After a software developer has created and implemented a GAN model successfully, the said model will have the ability to generate an infinite number of images, a truly marvelous prospect from multiple different perspectives. With all this being said, as GANs models are a relatively new advancement in the field of deep learning, improvements will surely be made in the near future that will usher in a new wave of scientific development.