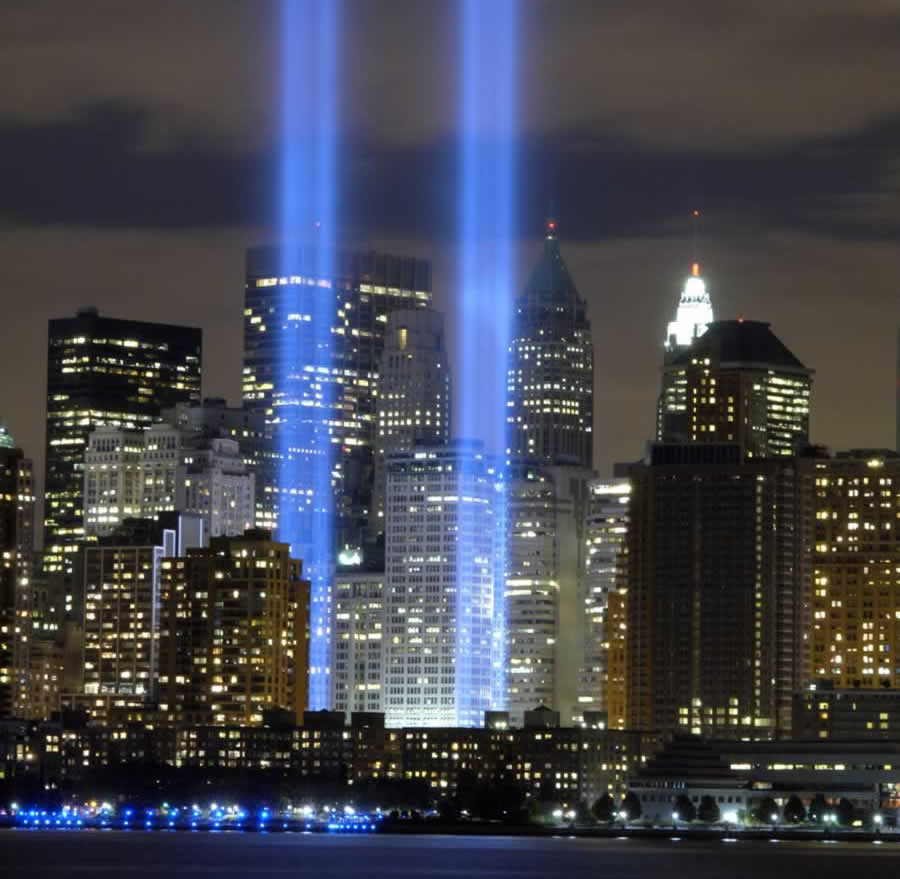 We take time on this Monday, the 18th anniversary of the 9/11 attacks to honor the thousands of rescue workers who have passed, have been injured, and continue to suffer affliction from the activities of that ever-fateful day.

What could be said about Manhattan that hasn’t already? It’s a large island, flanked by Queens and Brooklyn to the east, and West New York, Union City, and Hoboken to the west in New Jersey. It’s still the cultural epicenter of the United States, nearly 450 years after its creation. It’s one of the smallest communities by land size, yet the most populated in the US. Some of the world’s most iconic photographs have been taken in various locations in Manhattan. The Age of Advertising, Madison Square Garden, Central Park, Times Square, Grand Central Station, the Puerto Rican Day Parade, all reside in Manhattan. It is a worldly experience that can only be found in one place.

We remember where we were sitting, or standing, or that we were in bed, the awful day. We remember the words of the first reporting. We remember how different we felt in that moment. We remember the loss. And no loss has been greater in that event than the amount of life stolen from us. Nearly 3,000 civilians were killed, another 6,000 were injured on that day. But beyond even those terrible numbers, there are over 70,000 people in the country that are being monitored in the years after 9/11, many of them rescue workers. They are dying, as each day passes, and not from natural causes. A report from the World Trade Center Health Program in 2013 studied over 21,000 rescue workers, comprised of police, firefighters, paramedics, EMTs, military personnel, Search and Rescue workers, medical staff, and a litany of other first responders, which concluded that these brave souls suffer from a 15 percent higher chance of accruing cancer than those of us who did not work in the rescue efforts. At last count, of the currently living rescue workers, nearly 5,600 have some form of cancer, compared to 1,822 reported between 2002 and 2014. There are now 50 types of cancer identified as being significant to the study. And though researchers are hesitant to make direct connections to Ground Zero and these health issues, the correlations are coming into view.

Aside from that, PTSD that rescue workers have incurred in this event. Over 36,000 rescue workers have self-identified, or have been identified as having PTSD. PTSD has a clear connection to depression, and emotional distress. And what makes this worse, is that both of those outcomes have had a tremendous impact on other health related issues for these heroes. The unfortunate truth is that among these PTSD-afflicted rescue workers, there is a 30 percent higher chance of diabetes. Depression leads to poor dietary habits, because a lack of energy, mental clearness, and an overall inability to cope with the biggest problem in the room. And what’s more troubling, is that in typical first responder attitudes, many that have these issues forego reporting them because they feel there are others in worse shape, who need help more than them. Even after they are off the clock, these people are thinking of others over themselves. PTSD is surely survivable however, and there’s hope that rescue workers afflicted with it can get the help they need and reverse the awful conditions it can bring to their health.

As medical studies continue to evaluate and analyze the symptoms, test results, and outcomes, we know for certain these very special people need our consideration more than ever. It takes resources to accommodate these layered needs, but it also takes compassion on our parts. Compassion that these rescue workers demonstrated spectacularly on September 11th, 2001. Forgetting them now, and all they are losing would be a direct slap in the face. There’s a lot in this world worth forgetting, but these people are not one of those things.

We lost 343 New York City Firefighters, 37 Port Authority Police Officers, 23 New York City Police Officers, eight EMT’s and Paramedics from private services, and one New York Fire Patrolman on September 11th, 2001 at the World Trade Center. We continue to lose more rescue workers as days unfold. This terrible incident, more than any other incident known in the world, highlights the difficulties that those on our frontlines can experience, even long after dealing with an incident. It is our most sincere hope here at CaseGuard, that when you are interacting with any first responder, that you remember the aftermaths faced by those at 9/11, and consider that the person in front of you may be experiencing similar circumstances, and perhaps you should exercise humility, over judgment.

In memory of all 9/11 rescue workers, those passed, and those who continue to stand. We thank you for being the steadfast men and women of honor, courage, and compassion that we’ve always known you to be.