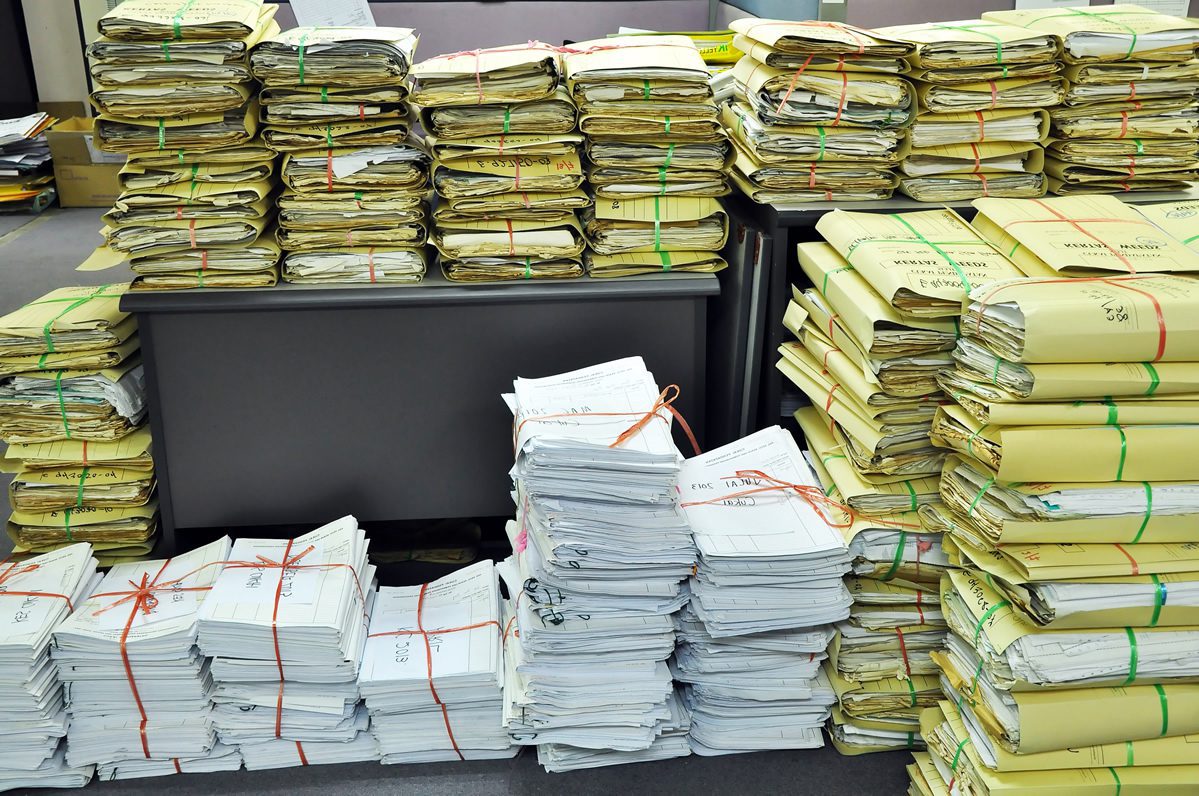 If you ask any police officer today why he or she joined law enforcement, you will almost certainly never hear “to sit behind a desk” or “to fill out paperwork”. Nonetheless, despite all of our advances in other areas, the amount of paperwork for even a relatively small case can be staggering.

Let’s discuss, for example, a $500 stolen goods robbery case and see what an officer or number of officers have to do in order to collect the evidence, process the evidence, interview and arrest the suspects, and prepare the case for court.

When an officer responds to the crime scene, the first thing they will typically do, after securing the scene and treating victims, is to look for any physical evidence. They’ll photograph it, collect it, package it, and eventually log it. If the agency is not using an evidence management system, or if their evidence management system is not adequate, officers will have to write the evidence information, by hand, on multiple forms like the property form, evidence log form, tags or labels, and chain of custody form for each piece of evidence they find. Some agencies evidence room personnel will later find themselves duplicating much of that work as they enter data into department databases and logbooks.

Officers will also collect the victim, suspect, owner, witness, and others information and write their statements, to be later logged into the evidence management system, or entered into a records management system.

Officers or crime scene technicians will collect digital evidence, taking photos of the crime scene, sometimes raw photos for fingerprints, footprints, and tire prints. A video also might be taken to record the scene as it looks at the time of the crime. They will collect video files from the store surveillance cameras and possibly from street cameras. Police cars are probably equipped with cameras and officers might also be wearing body cameras that are recording the whole process, all of which need to be collected and preserved. If the agency doesn’t have a digital evidence management system or if their digital evidence management system can’t handle all of the different types of digital evidence, things can get complicated. All of that evidence will have to be copied to CDs/DVDs at the crime scene or back in the office before it can be submitted as evidence.

Additional copies of the paperwork and CDs/DVDs will have to be made for the evidence room, investigators, and prosecutors, all of which means wasting more officers and evidence custodians’ time.

Even more, paperwork is involved when returning items to their owners or disposing of evidence, and it all costs more money and wastes more valuable time.

The point we’re trying to make is this, your evidence management system should be as close to 100% paperless as is possible, and it should be easy to use for all law enforcement personal. It should save officers time, paper, and resources and must be available, when permitted, to all evidence related personal including courts and prosecutors office. It should also have the ability to handle all of your digital evidence needs and support a secure and full chain of custody for your digital evidence as well as your physical evidence.