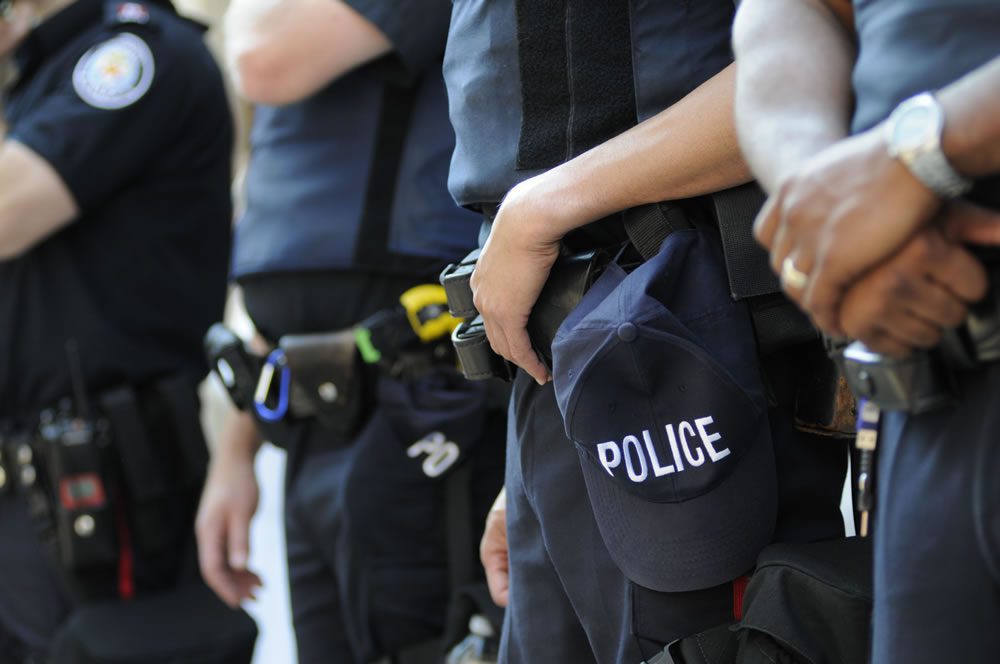 In a review of the events we’ve covered, we’ve seen Paul, Jennings, and Harry Young, three boys of a large farming family in southwest Missouri rise from petty thieves, to highly organized criminals, where Jennings and Harry have now graduated to an insurmountable amount of homicide of law enforcement officers. To this point in the story, both brothers are directly or indirectly responsible for the deaths of Republic Marshal Mark Noe, Greene County Sheriff Marcell Hendrix, Greene County Deputy Wiley Mashburn, Greene County Deputy Ollie Crosswhite, Springfield Chief of Detectives Tony Oliver, Springfield Detective Ben Bilyeu, and Springfield Detective Sid Meadows. Seven officers killed in the line of duty by two men bent on getting away.

Only time tells where this nightmare ends.

Considering the unheard-of circumstances, the manhunt for the Young brothers turned from a tacitly regional effort to a prominent nationwide search for the now most dangerous criminals of the era. The investigation into the incident included an interview with one of the Young’s siblings, Oscar, who had not been involved in the matters of his three criminally-minded brothers. Oscar confirmed to authorities that on the day in question, Jennings and Harry were the only two people in the home at the time of the shooting. Coincidentally, this also eliminated a theory that had taken root that a third, unrelated shooter was assisting the two brothers in the shooting.

The brothers were located through a series of events that were put together by a civilian telephone operator. Earlier in the day Mrs. Gaddy was on shift, as she listened in on a phone call placed to the Navarro County Sheriff’s Office that discussed a traffic collision that occurred in an area outside of Dallas along a route to Houston. Later at home, her son was listening to a radio program that had a news story about the brothers possibly heading to Houston, which investigators believed was likely, as the Youngs’ sold a lot of stolen cars there. Gaddy mentioned the phone conversation to her family, which prompted her son to contact the farmer by phone to discuss the descriptions of the men he picked up at the earlier traffic collision. It turned out the two men were a match for the Youngs.

The boy then made a call to Dan Nee, the County Prosecutor in Springfield, Missouri about the traffic collision and the descriptions of the two men. Nee, his assistant, and railroad police detectives were interviewing members of the Young family to ascertain their whereabouts, and predictably, Nee wasn’t getting a lot from the conversations. As stated earlier, the mother of the three brothers seemed to be partial to their innocence in all incidents. At any rate, Nee took the tip to be legitimate and acted upon it.

Nee began reaching out to Navarro County, and as they began working the tip, it was revealed that a local citizen, Isaac Levy, had given the two men a ride, as they were hitch-hiking near the wreck. Levy stated that two men suggested they were eager to reach Houston. It was this information that caused Nee to ramp up efforts, even more, demanding that law enforcement in South Texas exhaust all efforts in capturing the two hitchhikers. On January 3rd, 1932, the day after the massacre, the Young’s arrived in Houston, and managed to lay low, even though the Houston Police had made extra efforts to raid every known location the brothers had past dealings in.

The police also had strong suspicions that Paul Young was helping the two brothers, as some of the luggage that was packed and left behind at the Young Farm, wound up in Houston by that Monday. Since Paul was not involved in the shooting, it was likely he maneuvered rather quickly without little delay, outside of pit stops for gas. While Mrs. Young continued to try to evade questioning at her home, to avoid giving her sons up to the prison, there seemed to be a lot of assistance being given to the men outside of her deceptive answers.

On January 5th, a carpenter by the name of J.F. Tomlinson called HPD to inform them that he rented out a room to two men that were pictured in the local paper as the Young brothers. Tomlinson specifically added at the time of the call, that both men were in his home sleeping. HPD assembled a large group of officers, led by Lieutenant Claude Beverly. The officers were armed with every modern weapon that police had in the 1930s, to include Thompsons and gas grenades. The officers staged at the residence, entered, and threw multiple gas grenades into the room the brothers were believed to be in, along with the front room of the home. The officers stood back to allow the gas to satiate the entire home. Beverly and Officers Peyton and Bradshaw entered the home with him. As they made their way through the hall, they found an additional person in the home, who they handcuffed quickly and walked out of the home. The officers reconvened and began moving down the hall once again. They stormed the back bedroom and found no one. One of the officers attempted to enter the bathroom, at which point three gunshots rang through the door, causing the officers to retreat to the kitchen area, which had a view into the bedroom, and the bathroom door. After what must have felt like an hour-long pause, the door crept open partway, and the officers saw one of the Young brothers looking out.

Beverly, armed with a sawed-off shotgun, took aim at the face of the man, and the door slammed shut. Several shots rang out inside the bathroom, and then a voice from the room said “We’re dead, come and get us!”

Beverly believed this was a trap, but nevertheless, the officers began closing distance on the bathroom, in hopes of capturing the two brazen criminals. Beverly had more gas shot into the bathroom as a precaution while making his way back toward the room. As they began to open the door, they found it to be blocked. They then began pushing on the door, and as they made progress, they realized it was the motionless body of one of the brothers, Jennings. It was clear he was dead. Harry, however, suffering from terrible gunshot wounds, was still alive. It became clear that both brothers shot each other to evade capture. Harry was rushed to the local hospital with detectives alongside him, but he never made a deathbed statement, nor stated regret for his past decisions.

In the end, the two men that killed seven law enforcement officers couldn’t face responsibility for their terrible misdeeds and took their own lives. Meanwhile, the greater community of Springfield and Greene County bared the burden of rebuilding and healing the deep and troubling wounds left by the Young Triumvirate, and their fatal actions.

Much of this incident has been forgotten over the years. However, in about the immediate ten years following this incident, there was an immense effort to record all information about the history of the Young brothers, including their upbringing, to try and make sense of how such cold-blooded killers could be made. These efforts were made to inform law enforcement, and though the reasons behind this are not widely known, it does appear that much of the research was made for two reasons, one to identify traits that the Young brothers exhibited prior to their massacre so that those traits could be identified in others with similar violent potential, and to discuss ideas surrounding the prevention of such incidents in the future.

While law enforcement has mostly had great success in preventing such massacres, recent events, like the Lakewood Four, and the Dallas Five tell us that these lessons from Brookline, Missouri still have value in the modern era and that we should not forget them. We should not forget the loss, the despair, the emptiness that any loss in our work brings us, but especially the mass murders of law enforcement. It is for these reasons that we choose not to forget Republic Marshal Mark Noe, Greene County Sheriff Marcell Hendrix, Greene County Deputy Wiley Mashburn, Greene County Deputy Ollie Crosswhite, Springfield Chief of Detectives Tony Oliver, Springfield Detective Ben Bilyeu, and Springfield Detective Sid Meadows. We remember these men, their great dedication to service, and their ultimate sacrifice.