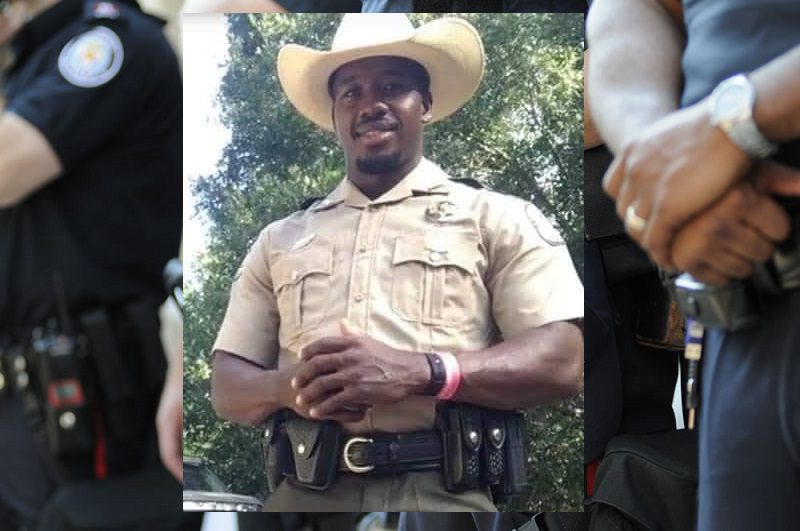 Florida Wildlife Officer Julian Keen, Jr., age 30, was shot and killed on Sunday, June 14, 2020, when he attempted to pull over a suspect vehicle. An investigation has determined that Keen and another man became aware of a driver who was operating his vehicle recklessly.

Officer Keen, though off-duty, followed the vehicle. When it came to a stop, Keen stepped out to confront the driver. The suspect shot and killed Officer Keen.

Keen had served with the Florida Fish and Wildlife Conservation Commission as a sworn officer for six years. It was his dream job. He was shot in the small community of LaBelle, Florida. It was in the early hours of Sunday morning that a call had come in to report a shooting. The sheriff’s department was notified that someone had been shot in LaBelle, which is approximately 26 miles east of Fort Myers. It was near the area of Apache Circle and Noble Road when deputies located Officer Keen.

The job of law enforcement is inherently dangerous. Officers know this each day as they put on their uniforms and pin on their badges. The list of dangers is numerous. As citizens, we may get frustrated or even angry when we realize we have been speeding as red and blue lights suddenly appear in our rear-view mirrors. For some, speeding can be a regular habit. When the officer approaches the car, people get alarmed, thinking the officer has a bad attitude. Citizens may think the officer was forceful with their words or sounded angry. Is this really the case?

Imagine now that you are the officer. You have a family at home, a partner, children who love and depend on you. As you approach the vehicle, you have no idea who is behind the wheel. You don’t know if it’s a granny from down the street or a violent killer. It could be anyone, with any temperament, with any possible range of weapons.

Not so easy now. Officers are following the procedure in most cases. They value their own lives and are practicing precautions. Until they can confirm your identity, they must first and foremost maintain their personal safety. Violent criminals, they break traffic laws, too.

Founded in 1999, the Florida Fish and Wildlife Conservation Commission is headquartered in Tallahassee, Florida. The state government department is responsible for the management and regulations of Florida’s fish and wildlife resources and enforces any applicable legislation related to their duties.

Officers, like Officer Keen, had multiple tasks as regular functions of their job. They are responsible for wildlife management, resources, research projects, supporting personnel, and consistent law enforcement duties.

It is considered a state-operated civilian police force with approximately 2120 employees and 853 law enforcement officers. These officers cover 170, 304 square kilometers, and serve a population of over 21 million residents.

Community members were in shock and dismayed over the loss of Officer Julian Keen, Jr. Not only was his body found in LaBelle, Florida, it is also the tiny town in which he grew up. He had spent his entire life in that area of Florida.

Hendry County Sheriff Steve Whidden expressed great remorse over the loss of Keen, who was also a dear friend to him. “Our hearts are aching today. He was a remarkable man because of the depths of his commitment to all around him. “I’ve known the officer since he was ten years old. He was a dear friend of mine. We considered him family. He was our brother. Julian was an absolute role model to everyone here.”

The Florida Wildlife Conservation posted this message on social media to notify the public regarding the loss. “It is with heavy hearts that we confirm the tragic death of Officer Julian Keen. Our thoughts are with his friends and family during this difficult time.”